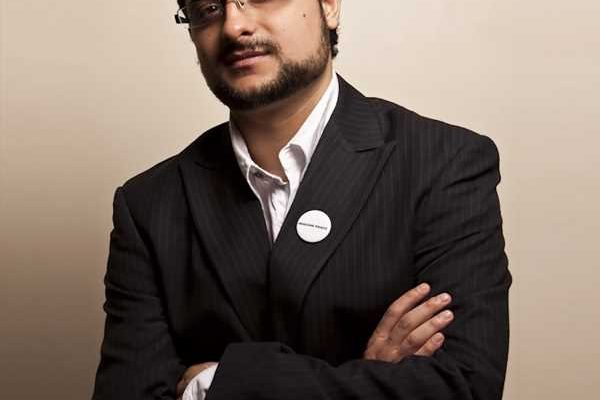 ‘In one case, she wasn’t even there in the scene, but she just kept watching it and cheering me on.’

Tariq Vasudeva has made quite an impression as Kedia in the second season of Aarya, Season 2.

The actor, once remembered for his cameo in Band Baaja Baaraat, stood out amidst seasoned performers like Sushmita Sen and Jayant Kriplani.

“I am one of the new actors in Season 2, but Sushmita did not make anybody feel like they were new,” Tariq tells Rediff.com Contributor Sameena Razzaq.

Aarya, Season 2 is your first full-fledged role. What convinced Ram Madhvani to cast you?

As you know, we have to audition for the roles.

I was acting earlier, but I hadn’t acted in some time.

I had directed a short film which went to film festivals like the Moscow International Film Festival.

It was appreciated there because it explores issues that deals with women in India. That is something everybody is interested in on a global level.

It’s not easy to get selected for festivals, there is lot of competition.

My short film was the only one from India at that festival, so it was definitely a feeling of pride.

After that, I auditioned for this role (in Aarya) and I think Ram really liked my audition, so I got it.

You watched Al Pacino in Scarface many times to get into Kedia’s character.

The only reason I watched Scarface is because it has a lot about cocaine. Kedia’s character is also someone who is addicted to cocaine.

In Scarface, Al Pacino is shown constantly taking cocaine and how it affects him, so I imbibed just that part from the film.

The rest of the character, as you know, is completely different.

Al Pacino is a gangster boss in Scarface whereas Kedia is an accountant who works for Aarya and her father in Season 2.

I also watched films by actors like Sean Penn and Johnny Depp to see how different actors had portrayed the use of cocaine in them. How was your experience of working with Sushmita Sen?

I am one of the new actors in Season 2, but Sushmita did not make anybody feel like they were new.

She was very friendly and supportive.

Throughout the scenes, she was encouraging.

In one case, she wasn’t even there in the scene, but she just kept watching it and cheering me on. We were shooting in Jaipur and then in Mumbai.

In Jaipur, it was a very open space. After the shoot, we were able to walk around and enjoy the greenery.

Suddenly the light changes and so does your mood.

The entire series is shot in natural light, so I remember one day in a scene the light just changed magically naturally and as a result the scene became very powerful.

You met Ram Madhvani on a Halls ad that you did. Did that help you get this role?

That was quite a few years ago; it was one of the first ads I acted in.

Of course, Ram remembered I was in the ad, but I had to go through auditions for this role like everybody else. You guys played a lot of table tennis on the sets of Aarya. Who is the best player in the cast?

The best players were co-director Vinod Rawat and Sikandar Kher.

We would all get together on the table tennis table every day and play.

It was so much fun because everybody got to know each other so well that way.

Some people may want to play it professionally at some point; that’s how good everybody become by the end of it!

You are a pianist as well.

I have been playing the piano since I was a kid.

I compose my own music, but that is just for myself.

Music is a stress buster for me. OTTs are exploring complex human emotions. Is this the golden period for actors and story tellers who were struggling to have a platform?

Definitely. I think the opportunities have increased and that’s a win-win situation because if the net is wider, that means there will be more writers, more actors, more directors and more crew members.

Everybody in this industry will just be working more, so it’s a very good thing.

I think watching something on OTT is very different from going to the movies.

Of course, going to a cinema hall is a unique experience, as you can go with your family, have popcorn, watch it on a big screen.

OTT is also good because you watch it in the comfort of your home.

How difficult was it for you to find a footing here?

Like I said, you have to audition for every role. There is no getting away from that.

You have to keep trying just like everybody else, who comes to Mumbai and wants to act in films.

I have been doing theatre for many years and I even studied theatre.

I have done a lot of theatre workshops and plays.

I have worked with lot of directors and I think that really helped me because once you have done theatre, you are experienced in acting on stage.

When it comes to commercial work, you still have to audition.

I was very happy with what I did in Band Baaja Baaraat because it’s such a good movie and everybody remembers it.

I am remembered for that cameo. 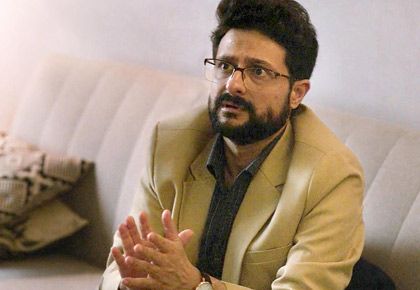