Music label and production company T Series has become the world's most subscribed YouTube channel. Indianexpress.com recently had a chat with the company's chairman Bhushan Kumar and president of media and marketing Vinod Bhanushali on T Series' exponential growth, its success on social media and its future. 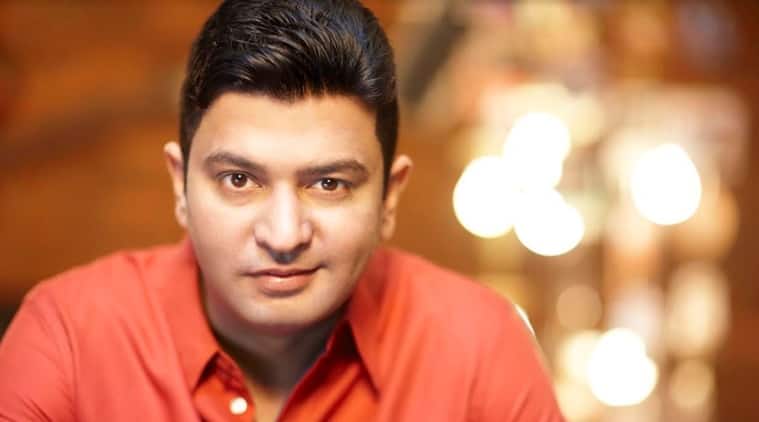 Music label and production company T Series has become the world’s most subscribed YouTube channel. On Friday, T Series chairman Bhushan Kumar was felicitated by the Guinness World Records for being the first YouTube channel to have 100 million subscribers. Indianexpress.com recently had a chat with Bhushan Kumar and president of media and marketing, Vinod Bhanushali on T Series’ exponential growth, its success on social media and its future.

While there are a number of popular channels on YouTube, T Series has managed to make its presence felt. When asked what has struck a chord with the audience, Bhushan Kumar said, “It’s primarily dependent on the content we make. YouTube consumption is entirely based on good content. If you don’t put out good content, people will not consume it.”

“A good song, which is promoted well on all mediums, including television, radio and the digital medium, is bound to do well,” Vinod Bhanushali added.

One of the label’s biggest hits is Punjabi pop star Guru Randhawa’s song “Lahore” with over 700 million views. The track “Lahore” might have been sung primarily in Punjabi, but Bhushan Kumar doesn’t consider Randhawa as a regional artiste. “I travel all over the world for my business. Be it Paris, or where I was last at, in Spain, Punjabi tracks were playing there as well. You won’t hear a Hindi track at the place. So Punjabi music has a huge market. Just like Spanish songs are heard all over the world,” the T Series chairman said.

“The return in the regional market is huge. But I don’t consider Yo Yo Honey Singh and Guru Randhawa under that category. They get their views from all over the world. They have a global appeal. We dabble in the regional market and have tapped into it with some amount of success. Be it Punjabi, Telugu, Tamil, Malayalam or even Bhojpuri music, we have explored all possibilities. And now we are looking forward to joining hands with international artistes as well. The fact that we hold the top spot on YouTube has certainly helped announce our arrival to the world. This is one of the reasons why we are being approached by so many international artistes,” Bhushan added.

Clearly, T Series has a lot going for it. In fact, the channel hosts 29 other divisions on YouTube where content from Tamil, Malayalam, Telugu, Marathi and Bhojpuri cinema is frequently uploaded. Bhushan Kumar said that he is the one who supervises everything when they work on a new song. “I personally get into the supervision of every song, from the lyrics to the artiste, I oversee everything before it goes out to the world. That I think is helping us a lot,” Bhushan said.

“We are making content for web. Web series, web movies, web musicals; we are exploring everything. And we will make announcements when the time comes,” Bhushan Kumar said.

In Bollywood too, T Series has a number of projects lined up. One of the biggest films that the company produced recently is the Salman Khan-Katrina Kaif starrer Bharat.

“We have some 30 movies in the pipeline and all of them have great music,” Bhushan Kumar concluded.