According to various reports, Taarak Mehta Ka Ooltah Chashmah actor Raj Anadkat had kept Dilip Joshi waiting for him on the sets for almost an hour, which led to the alleged conflict. 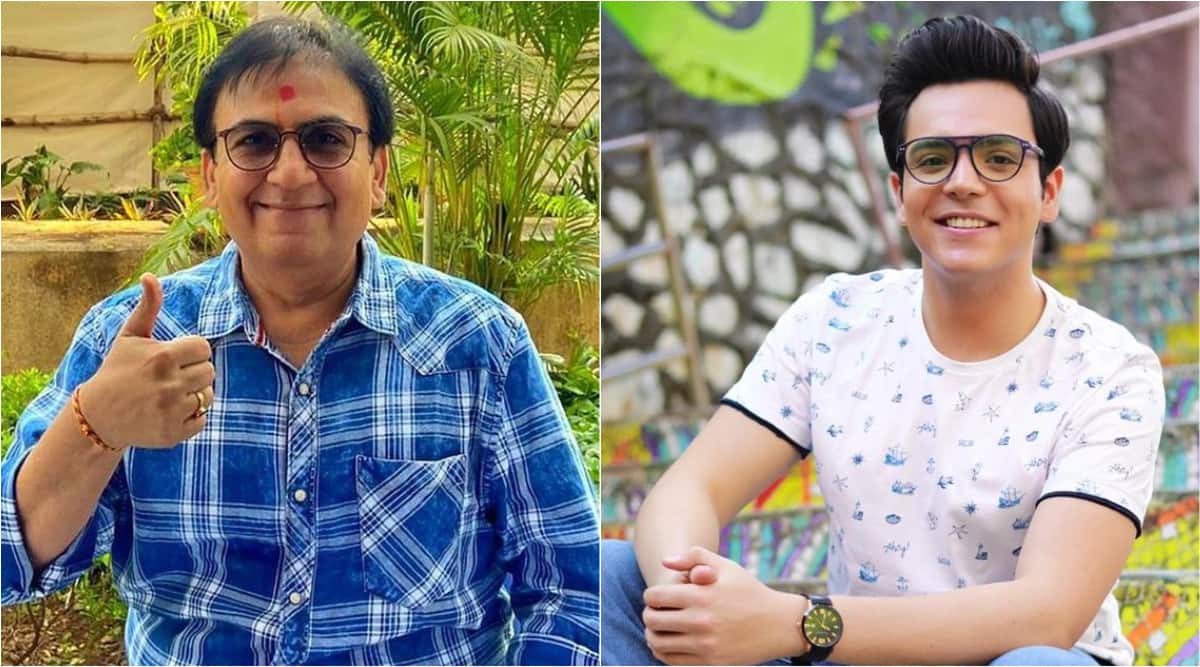 While Taarak Mehta Ka Ooltah Chashmah has been instrumental in spreading smiles, recent reports about animosity between cast members has left the team fuming. As per reports, Dilip Joshi and Raj Anadkat, who play Jethalal and his son Tapu respectively, had a showdown after the latter reached the sets late. Responding exclusively to indianexpress.com, Raj rubbished the buzz and called it ‘baseless rumours and cooked up stories’.

The young actor said that he believes in focussing on work and would smile and rise above these reports. “I don’t focus on such baseless rumours or cooked up stories. I would rather focus and give my best to my work so that my viewers get the best experience through my work . People will always talk baseless things but I will continue to smile and rise above everything,” shared Raj.

Raj joined the cast of Taarak Mehta Ka Ooltah Chashmah in 2017 after the earlier actor (Bhavya Gandhi) quit the sitcom. After the initial resistance, the 24-year-old was accepted by the audience and is today loved by fans. Given the warm bond between the actors on the Sony SAB show, the reports of conflict had come as a surprise to its loyal audience.

According to various reports, Raj Anadkat had kept his senior co-star waiting for him on the sets for almost an hour, which is what led to the alleged conflict. However, Dilip Joshi too denied the news of any spat. “Absolutely rubbish. Who cooks up all these false stories?” he told SpotBoye.

Taarak Mehta Ka Ooltah Chashmah has also been in the news after one of its actors, Munmun Dutta, was booked for reportedly using a casteist slur. The inappropriate word was uttered by Munmun during a make-up video on social media. Since then, the clip has gone viral with many calling out the actor for the derogatory remark.

The actor has apologised for the said remark, stating that it was an unintentional blunder that took place because of ‘language barrier’ issues. She has been booked under IPC sections 295(A) (deliberate and malicious acts, intended to outrage religious feelings of any class by insulting its religion or religious beliefs) and section 3 of the Prevention of Atrocities against SC/ST Act.