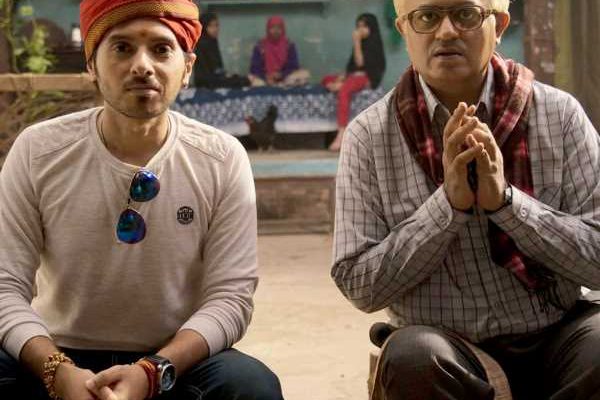 In writer-director Mangesh Hadawale’s Thai Massage, the protagonist is a conservative middle-class 70-year-old widower, Atmaram Dubey (Gajraj Rao) who, in one early scene, asks his son, ‘How am I different from my grandkid if one just takes out poundage of life experiences?’

With this question, Atmaram is essentially beseeching for empathy as he deals with aching pain of loneliness in old age.

Old age is, after all, a return of childhood.

While the competent Atmaram takes care of his grandchildren and shares a warm equation with everyone around him, he is still reticent. He is aware of his dependence on the immediate family. but can’t let go of his sense of agency as well.

After the passing away of his beloved wife, he has been celibate for decades (22 years to be precise, as the film repeatedly reminds us).

When he realises he will probably never have sex owing to his possible erectile dysfunction, he embarks on a personal journey to seek sexual liberation with the help of a local, good-for-nothing guy Santulan Kumar (Divyenndu).

Their shenanigans lands him up in… guess where… Bangkok!

Because what’s more to the Thailand capital other than its sex industry, right?

Hadawle’s script has some real and convincing initial portions — when Atmaram is dealing with inner turmoil — but the narrative becomes rather muddled and implausible as the protagonist evolves defying societal norms.

It also doesn’t help when the film is inconsistent in its tonality while making feeble attempts at comedy (These scenes feature a terribly wasted Rajpal Yadav).

The result is an intermittently engaging drama where only some scenes work, while the rest leaves you zoned out.

The film follows the template of a tried-and-tested family entertainer that Bollywood is currently in love with: A small town man stuck in a situation that society considers unusual.

There is a socially driven story, light-hearted moments, emotional confrontation, and an underdog win.

This formula is aced by Ayushmann Khurrana, with whom Gajraj Rao co-starred in Shubh Mangal Zyada Saavdhan (2020) and Badhaai Ho (2018).

But above everything, it is heartening to see a 50-something Gajraj Rao leading a mainstream Bollywood film.

Its suggestive title aside, Thai Massage is at its best when it focuses on the coming-of-age aspect of the story.

And it does so without resorting to melodrama or shrillness.

What breathes life to the proceedings is Rao’s measured performance as he sparkles in both comedic and dramatic moments.

He tugs at your heart strings with the struggles his character goes through and it is a sight to behold as the senior actor puts his mastery at display.

Divyendu Sharma, in the role of a mischievous small-time barber, is earnest and sincere. And the on-screen banter he shares with Rao is amusing to watch.

But his character suffers due to lack of solid writing and as viewers, we struggle to understand his intentions behind helping Atmaram.

A proper backstory to his character could have gone a long way towards elevating the film.

It is pretty much the same problem with rest of the actors. The focus is so strong on the main character that others end up as caricatures.

Thai Massage remains a mixed bag, but it uses Gajraj Rao as a trump card, who owns the film in his solid lead turn.

The story misses a beat occasionally, but somehow the film manages not to veer off into preachy territory when it reaches the climax, which is a sigh of relief. 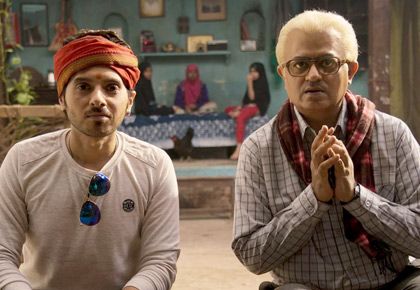