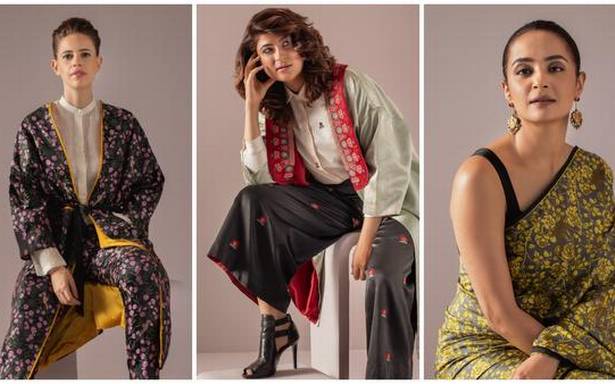 At a series of roundtables in Mumbai, the platform’s actors, directors and head of the film division say there is reason to cheer

On the occasion of International Women’s Day, Netflix put together a series of roundtables featuring women filmmakers and actors to talk about how the role of women, both in front of the camera and behind it, has changed over the years. Ranging from Lust Stories and Paava Kadhaigal to Masaba Masaba and Tribhanga, an increasing number of stories about and by women are finding place in Netflix’s lineup.

As a platform, the streaming service has been very vocal about its commitment to fostering inclusivity. Recently, the company released its first ‘inclusion report’, which revealed that women comprised 47.1% of its workforce internationally. “We are happy to report that we are pretty close to 50% in terms of employee ratio even in India. We’ve had a great run in the movies as well. For 2020-21, 50% of our creators are either female producers or female directors. Across films and series, 50% of the protagonists were women,” says Srishti Behl Arya, Director, India Original Films, Netflix.

On Masaba Masaba: When director Sonam Nair was putting together the crew for Masaba Masaba, a hybrid show that marries fact with fiction, starring the mother-daughter pair Masaba and Neena Gupta, she found herself gravitating towards women. “In season one, our producer, the director, all the writers, most of the lead actors and most of the HODs, except for the cinematographer, were female. I instinctively felt that with something like a Masaba Masaba, a woman would know what’s on a character’s bedside table. Or when Neenaji is putting a face pack on, they’d know what kind of face pack. Basically, I didn’t want to explain the details of their intimate lives to every single person,” she explains.

Nair knows a thing or two about giving opportunities to women. In 2013, when she made her directorial début with Gippi, she was the first female director to be hired by Dharma Productions, one of Hindi cinema’s best known studios. “There was a vast difference in the before and after of getting my film greenlit. Afterwards, I noticed that all the young girls in the office were going, ‘Okay. She’s done it. Maybe we can do it too’,” she says.

Not just lip service: While there are more stories being told by women and about women, there are still many hurdles to clear. Author and filmmaker Tahira Kashyap Khurrana, whose short film Pinni is currently on the platform, as a part of an anthology titled Zindagi in Short, says, “Everyone’s challenges are unique and individual. Personally, being a married woman with two kids and being married to a certain profile [her husband Ayushmann Khurrana is a well-known actor] has been a challenge. But I feel that we’re headed in a good direction. It is not just lip service anymore and writing slogans for women empowerment — we can actually see it happening now.”

Focus on the flawed: Renuka Shahane, who made her directorial début with Tribhanga starring Kajol, Tanvi Azmi and Mithila Palkar earlier this year, believes that mainstream Bollywood is a behemoth that’s slow to embrace change. “Take Tribhanga for example; after the narration people asked, ‘There’s no hero in the film? How can a film be made without a hero? There must be some romance or there must be a man. There are no songs to save it?’ And so, there is nothing they would want to put their money on. Also a story like this still cannot be told in the mainstream without making it adult content, because we have a different system of censoring films,” she explains. The first barrier most women filmmakers face is at the pitching stage. “People are still sceptical about putting their money on female-centric stories, especially those where the females are flawed or slightly unconventional,” adds Shahane.

A woman’s perspective: Palkar, who Shahane directed in Tribhanga, knows quite a bit about playing an imperfect but real character on screen. The first two seasons of Little Things, a sleeper hit about a live-in couple that touches upon modern romance and gender politics, was solely written by the show’s lead and creator, Dhruv Sehgal. “We had always spoken about having a female writer on board for the show. For the third season, it definitely helped to have the girl’s perspective. The story is finally not just told through Dhruv’s lens,” says the 28-year-old. Season four of the show is expected to drop later this year.

Character play: Women actors are often sidelined because of the age discrimination in the industry. While their ageing male counterparts continue to get meaty roles, women either completely stop working or are relegated to ‘mother’ roles. This, too, is slowly changing, believes actor Neena Gupta, who has found a second wind with films like Badhaai Ho and Mulk and the web show Masaba Masaba. “Just look at the character I played in Badhaai Ho. She is so much more than being just the hero’s mother. She isn’t in the story just to ask if he’s eaten or why he had gone to meet a girl. She is an individual, a woman first and then a mother and that is a huge difference,” says Gupta.

Unboxing roles: A future when a character’s gender doesn’t take away his or her individuality, and a ‘female’ director is referred to just as a director, is what women in cinema are hoping for. “Also, the baggage that comes with being a ‘female director’ — because you are expected to tell a certain kind of story. Not to be boxed in is the real challenge,” concludes Ayesha Sood, one of the directors of the docuseries Indian Predator.