Madhavan was responding to a tweet showing Mirabai Chanu's family home in Manipur. 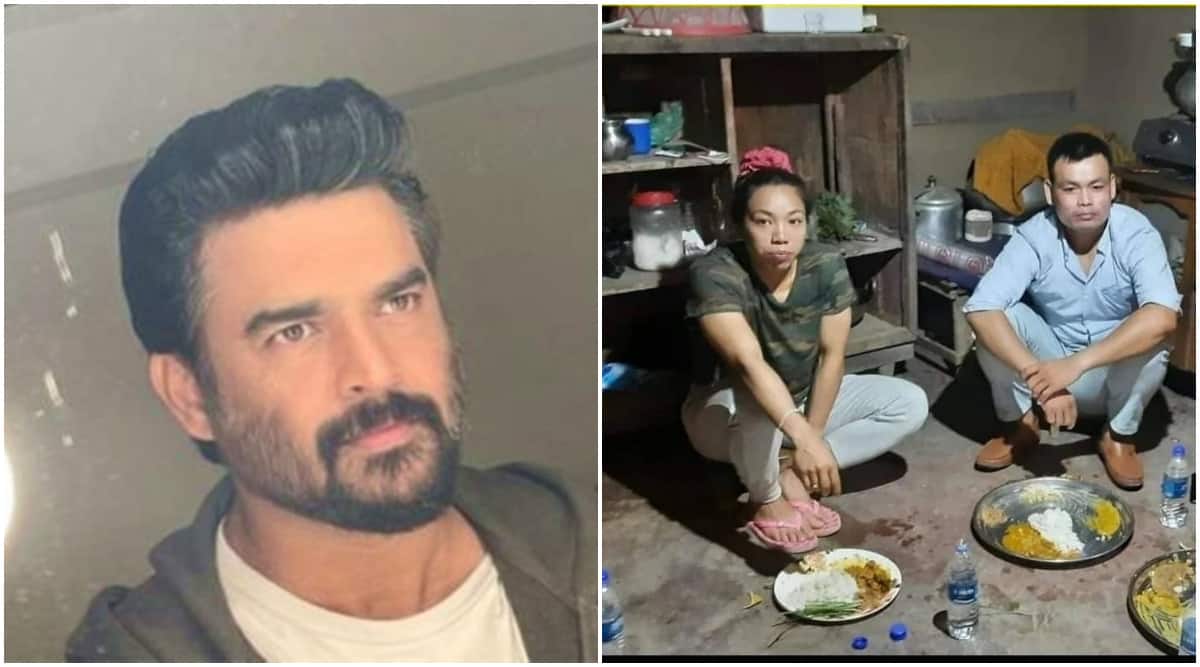 Actor R Madhavan was shocked after seeing Olympics Silver Medalist Mirabai Chanu’s Manipur home on Thursday. The actor expressed his disbelief as he responded to a tweet about Chanu’s home. In the picture, the weightlifter can be seen sitting with her family member in a small cramped space and having her meal sitting on the floor.

Responding to the tweet showing Mirabai’s home, Madhavan had written, “Hey this cannot be true. I am at a complete loss of words.”

The original tweet that has now going viral reads, “Mirabai Chanu at her humble home in Manipur after winning the Silver Medal at the #Olympics This strong willed woman didn’t let lack of resources & poverty stop her from achieving her dreams! A true Inspiration! Folded hands @Rajeev_GoI @ActorMadhavan”

Mirabai had shared a few pictures of herself having a good time at her family home in Manipur.

The Breathe actor had earlier taken to Twitter to congratulate Chanu for her Olympics glory. Anushka Sharma had also shared a picture of Chanu’s golden earrings that she wore to the match. The earrings were a gift from her mother and were shaped like the Olympic rings.

Mirabai Chanu won the silver medal in weightlifting at the ongoing Tokyo Olympics. Since her big win, many Bollywood actors have taken to their social media platforms to congratulate her.

Farhan Akhtar, who is himself an ardent sports enthusiast, was one of the first few Bollywood celebrities to congratulate Chanu.

Breathe 2 actor Abhishek Bachchan too had wished Mirabai for her win.

While many celebrities have congratulated Mirabai on their social media handles, R Madhavan is one of the first actors to throw light on the Olympics winner’s humble life and background.

On the work front, Madhavan was last seen in Maara, the Tamil remake of Malayalam movie Charlie. He will next be seen in Rocketry: The Nambi Effect, which the actor has also directed.