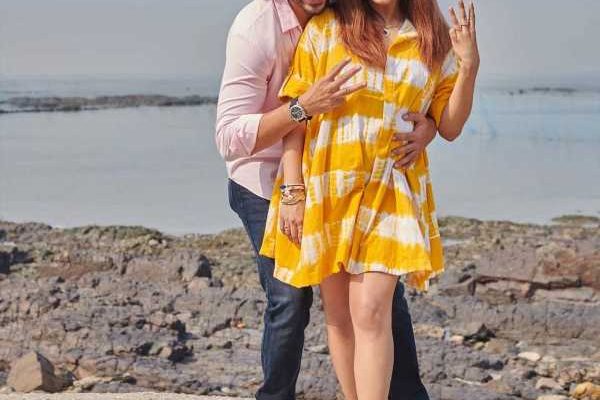 Singer Neeti Mohan and her actor husband Nihaar Pandya have been blessed with a baby boy, and the proud daddy cannot contain his joy!

“All these years, we only had a bookish knowledge about a baby being born,” he tells Subhash K Jha.

“The true meaning of a miracle was understood when I witnessed the baby being delivered. Mother and son are doing well and we are living a dream. God and the baby are kind, as he chose us as parents for him.”

When Nihaar had decided to tie the knot with Neeti in February 2019, he had said, “Yes, after some relationships that simply didn’t work out, I am finally getting married to Neeti Mohan.”

“As you know, I’ve been in some aborted relationships. In fact, it had come to a point where I wouldn’t share my relationship status with my family because I was scared it wouldn’t work out. Every time my mother would run to the temple with a pooja ki thali to ring the auspicious bells for her son’s wedding. Then nothing happened.”

So Nihaar chose not to reveal his feelings for Neeti Mohan to his family until they were sure of their marriage. How Nihaar met and fell in love with Neeti is a chapter straight out of a Yash Raj film.

“Yes, fully filmi it was,” agrees the actor, who starred in Manikarnika: The Queen Of Jhansi.

“I met Neeti at a common friend (musician) Jimmy Felix’s wedding. Jimmy and Neeti used to be part of the music band Aasma. He kept talking about this girl he wanted me to meet, but he wouldn’t actually get down to introducing me to Neeti. Finally, he promised to introduce us at his wedding, and he did.”

It was love at first sight for Nihaar.

“It took me no time at all to decide Neeti was the one I wanted to spend the rest of my life with,” he says. “Luckily. she felt the same way. We decided to get married soon after we met. Now, I am more and more convinced this is the best thing to have happened to me.”