A theatre group was tasked with creating an audio play adaptation of vintage Doordarshan soap opera, ‘Buniyaad’. And then the pandemic began. When the Covid pandemic froze almost all human movement last year, I had been on the road for eighteen straight months, traveling with my theatre group “Silly Souls” – trust me a more thoughtful nomenclature than it may first seem and sound. It was an exceptionally madcap and happening period in my life as we did seven shows of six different plays in Dehradun, Chandigarh, Amritsar, Jabalpur, Delhi, Mumbai, and Bhopal. The last one, at Bharat Bhawan, Bhopal was, ironically, my first ever comedy as a director. We are talking about the first week of March 2020, days before the lockdown was announced.

Ever since my directorial debut, in 2007 at the Government College, Lahore, life had never been so full of action off the stage. And that is exactly why in the first few days I took it as a blessing, yes in a horrible disguise but blessing anyway. I thought I needed to halt and think though that did not happen much. I, like many, had to spend a lot of time with parents and family and acknowledge the other side of my existence on a more direct and daily basis. However, there are a few perks of being in theatre: you are always surrounded by some honest, hopeful young faces – the Silly Souls – who have the audacity of believing in cliches and even the slogans in a political rally. So, soon enough, we decided that the show must go on. 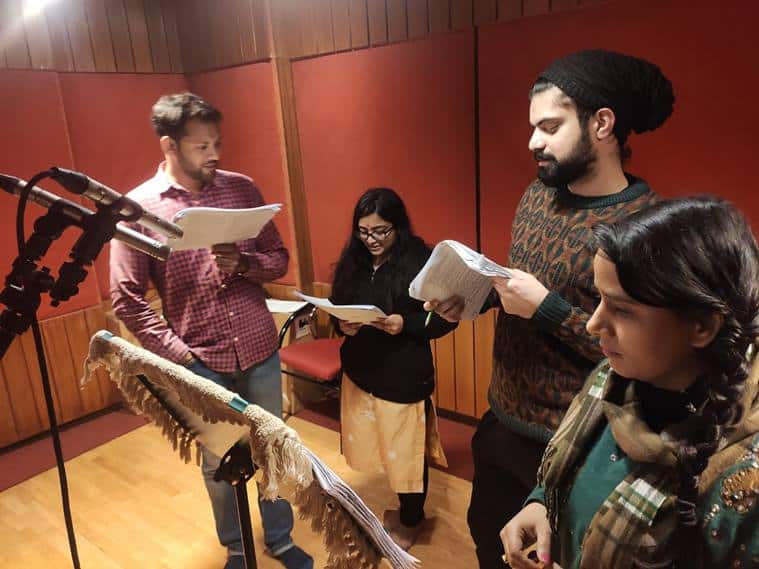 Screen is the New Stage

Like all those who could, we also went digital. We invented “Screen is the New Stage” as our new favourite cliche and as the punchline of the second edition of “Tafreeh”, our Garden Theatre Festival. We had to turn the screen, in most cases not more than 5 inches of technology clasped by a human palm, not just into a stage but ideally also into a garden where people could at least move informally if not smell each other and flowers. “Tafreeh” kept us afloat through the worst days of the first wave. At times we did think that we could have done with a more sombre name but that’s not how life and the ‘Silly Souls’ work. We are talking about May 2020.

From there on, things improved slowly or so it seemed back then. It was in September that we first thought we could return to some kind of old normal. We started masked and sanitized rehearsals for a play to be performed at our Civil Lines studio in Delhi. It was then that we were approached by the Swedish audiobooks streaming service Storytel to do an audio play adaptation of a vintage Doordarshan soap opera, ‘Buniyaad’. I had already directed the audio play version of Asghar Wajahat’s modern classic “Jis Lahore Nai Dekhya O Jammyai Nai” for them. But ‘Buniyaad’, written by the fabulous Manohar Shyam Joshi and published by Vani Prakashan, is not a play, it is a soap opera. We were asked to adapt it to audio and to produce. Over a video call, it always seems like the easiest thing to do, and we dived headlong into it. From screen is our new stage to staging a screenplay, we came a full circle rather quickly.

The Great Indian Family Drama is alright, but Partition?

The script had more than 60 characters and we had to bring them down to half due to both artistic and materialist reasons. Casting myself as Lajo was easy and economical, 29 still to go. I started reaching out and one did not need to introduce ‘Buniyaad’ and that said a lot about its lasting legacy. Each and every actor across the polarised islands of Delhi theatre – Mandi House and South Delhi, irrespective of their age, knew ‘Buniyaad’. The veterans knew the whole story, remembered the names of the iconic characters, and could match them with the actors who played them on screen.

The Millennials had heard of it through their parents and inevitably saw the likes of Haveli Ram and Lajo in a sepia filter. The rehearsals of the play and the ‘Buniyaad’ adaptation ran parallel to each other. Given the pandemic restrictions, ‘The Advertisement’ went for a studio performance in the second week of November and we recorded ‘Buniyaad’ at the wonderful Rangayan Q around the same time in a three-day schedule. The editing, proof listening, and corrections took more time and we delivered it in March. It was released on 5th May – the same date on which Ramesh Sippy had telecast the first episode of the soap opera in 1987. I was born that year, ‘Buniyaad’ is as old as I am. Between release and rehearsals, there was an experience that altered all of us in ways that we could make sense of but also in the ways we are yet to figure out.

It started with the second or the third reading, suddenly we found that we knew very little about it beyond the first two Google search returns – Buniyaad: 1987, Ramesh Sippy, Manohar Shayam Joshi, ‘saaf suthra manoranjan’ of Doordarshan era, a lot of nostalgia, some celebs to connect with. Spread across three generations, the story is of a family displaced by the Partition of India. The generational differences and connections were relatable, and they helped us enter the inner scape of the script. Veteran actor Nirupama Verma as Janko realized she always secretly wished to be a part of the original television production; Zainab Ali Khan as Sulochana encountered what it was like being a ‘modern woman’ in her mother and grandmother’s times. Sudhir Rikhari must have seen certain known aspects of masculinity in Haveliram, a somewhat lovable patriarch we have all been conditioned to respect. Kishore Sahjani effortlessly merged into his part of Kulbhushan, Haveliram’s eldest son. With Lajo, I was in the familiar territory of compromises, gradual assertion and that gift of pragmatism that comes so handy for women. Anyway, getting authentically into the family drama in India is never difficult, this is one drama we are really good at, perhaps this is the core theatre of our collective and individual selves. What was difficult was to understand Partition, which I and the team came to appreciate as the core theatre of ‘Buniyaad’. True that the men and women of the Gaindamal [Haveliram’s father] dynasty do what they do, behave the way they do, and dream and collapse the way they do because they embody various possibilities of manhood and womanhood in the second half of the twentieth century India. But they also do so, often decisively, because they are survivors of one of the biggest communal violence and displacement in human history. Partition spoke very differently to us because, to many of us, it no more had a sad and tragic connotation. We are so used to the idea that it was inevitable, and both are better off on the opposite sides of the border that some young members of the team had to make some real effort to understand the all-important context to the life of the character they were playing. The discussions around partition were more fundamentally difficult because we are also used to the demonization of not just the political and the military establishment on the other side which largely deserves that, but also of the common people. It’s a pure coincidence but I made my directorial debut on the other side of the border and that, in a concrete way, saves me from falling prey to this. 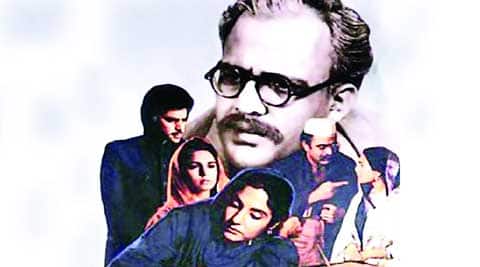 This particular time-travel was not at all adventurous and funny but sad and educative; the reality check that things had changed only a little for women since the days of Lajo, Veeranwali, and Sulochana was very telling. We delivered ‘Buniyaad’ the audio play, fully edited, in March 2021, days before the second wave of the pandemic hit the country.

Since then, there has been disease and death in the family, at work, everywhere. Some of the team members got infected but fortunately, all of them recovered. I have spent a lot more time with the family. In fact, I have never been so fully confined to home since I first climbed the stage in school. There has been no play, no digital shows this time as the scale and the intensity of the tragedy have been brutal. I and some team members have tried to find some meaning in playing a new role, that of part-time Covid volunteers. As I said, you would gradually find our name and our cliches a bit more meaningful. The show, kind of, goes on for the Silly Souls.