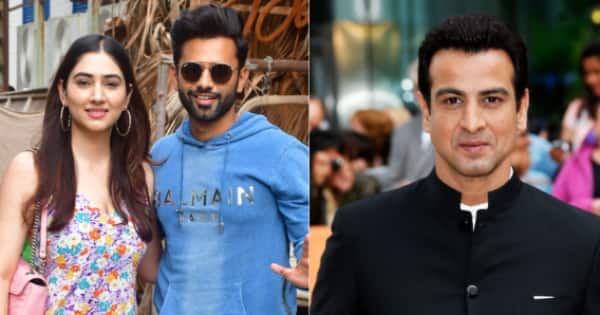 Hola, it’s time to update you, folks, on the trending television news today. A lot happened in the tv business today. Trolls were slammed, reports were clarified and more. Check out the latest reports from the television world here:

Pankit Thakker wants to do Bigg Boss 15 with wife, Prachi

Inspired by Rubina Dilaik and Abhinav Shukla’s courage of participating in Bigg boss 14 when facing trouble in married life, Aapki Nazron Ne Samjha actor Pankit Thakker wishes to participate in the Salman Khan-hosted reality TV show. A report in Bombay Times quoted saying that the two of them tried everything to save their marriage, including counselling, but it did not help. They have been living separately since 2015 and were heading for a divorce. But now, Pankit aka Dr Arul of Dill Mill Gaye fame wants to give their marriage a last chance.

Ronit Roy issues clarification on being approached for Anupamaa

Bigg Boss 14 contestant Kavita Kaushik had shared a stunning picture of herself on her Twitter handle. A social media user commented on her post saying, “bhudhi ghodi laal lagaam” (comment is now deleted). Seeing his sexiest remark, the Chandramukhi Chauka actress slammed him most fittingly. Social media users were very impressed with the way she gave it back to the troll.

Check out the story here: Kavita Kaushik gives a befitting reply to a troll who called her ‘bhudhi ghodi laal lagaam’

On 16th July, Rahul Vaidya will tie the knot with Disha Parmar. The singer and reality TV show contestant shared how the prep for the shaadi is going on. HE revealed that he is feeling all jittery as D-day is coming nearer. Furthermore, he revealed that he is yet to send out invites for the wedding to his family members and just a couple more days are remaining.

Check out what Rahul has to say here: Groom-to-be Rahul Vaidya shares an update on his shaadi prep; says, ‘I’ll have to stay awake for a few nights and prepare for the wedding’

It is Pearl V Puri’s birthday today. The Naagin 3 actor enjoys a massive fan base on social media. His fans made sure that his special day is celebrated most amazingly. They began a trend on Twitter saying, “HAPPY BIRTHDAY PEARL.”

Mehndi Hai Rachnewali fame Sai Ketan Rao aka Raghav Rao celebrates his birthday today too. His fans took to their Twitter handle and began a trend of “HBD Sai Ketan Rao,” showing him with all their love. In a short time, Sai Ketan Rao has acquired quite a decent fan base