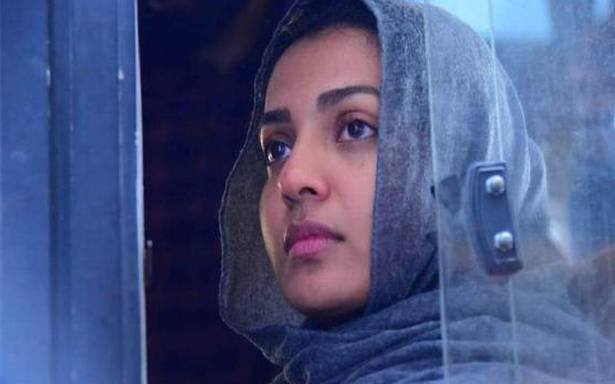 In the film directed by Sidhartha Siva and starring Parvathy Thiruvothu, the recent storm of dissent and protests in the country’s campuses becomes the focal point

Considering the times that we live in, choosing a highly political content and taking a stand with the dissenters, rather than the easier, convenient stand with the establishment, is not something that happens often nowadays. ‘Varthamanam’, the title, has many layers to it owing to its multiple meanings in Malayalam. It can mean the present or a speech/ conversation, both of which fit well for the themes the film tackles.

In the film directed by Sidhartha Siva and written by Aryadan Shoukath, the recent storm of dissent and protest in the country’s campuses becomes the focal point. Faiza (Parvathy Thiruvothu) lands up at a university in Delhi to pursue research work on the life of freedom fighter Mohammed Abdur Rahiman. In the vibrantly political campus, she comes in touch with people of diverse background and opinions who become her friends, including student leader Amal (Roshan Mathew), and her roommate Tulsa who hails from a Dalit family in Uttarakhand.

The entire narrative plays out almost like a checklist of recent events, with the characters placed amidst these situations and uttering lines expected of them. The subjects the film touches upon include hunting of student leaders by branding them as anti-nationals, discrimination against Dalit students in higher education, mob killings in the name of cow slaughter, the crackdown on artistic expression in campuses as well as outside, and sickening control of the freedom of even professors, with external pressure from political thugs.

Whatever the film gets correct, in making all the right noises, it squanders much in execution. Especially in the initial half, the scenes are too dialogue-laden, with some of them turning out to be long speeches on the political or social situation. In fact, some of the actual speeches within the film sound more natural than some of the conversations. The unimaginative background score adds to the tediousness of many of the scenes.

But what works for Varthamanam is that it does not pull any punches regarding its politics, which is rare for films these days. It is a miracle that some of the scenes got passed by the censors (who had initially objected to the film) — which is why there is acute disappointment at the way the content has been approached.

For instance, there is Faiza’s local guardian, a character who seems to have been created as a comic relief, but never manages to evoke any laughter, and ends up being a total distraction. On the other hand, the bond between Faiza and her roommate, and how a tragedy in her life affects the former, has been handled almost convincingly.

Unlike its many-layered title, Varthamanam lacks any layers and is rather a plain, dramatic documentation of a rather tumultuous period in Indian campuses. Even those who might agree with its politics, might not savour the way it has been presented. While the issues that the film handles are all contemporary, its making is not so.