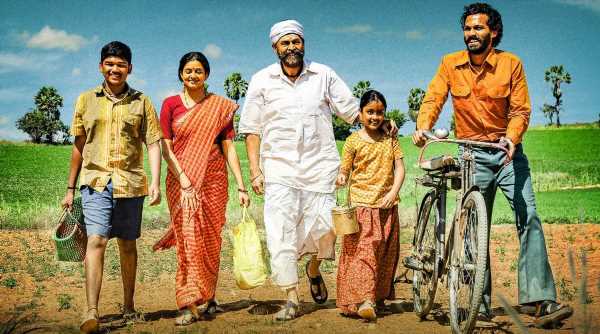 Narappa, the Telugu remake of critically acclaimed Tamil hit Asuran, will directly release on an OTT platform, having chosen to forego its theatrical run. The makers on Monday announced that the movie will stream on Amazon Prime Video from July 20.

The film’s production house, Suresh Productions announced the OTT release with a new poster. “Humble farmer. Loving father. Devoted husband. How far will he go to protect his family? Meet #NarappaOnPrime, July 20. @PrimeVideoIN,” they captioned it. The film was earlier supposed to release on May 14 but was postponed due to second wave of Covid-19.

Set in the backdrop of a village in Anantapur district, Narappa chronicles the story of a regular man who is ready to sacrifice everything for his family.

“It is an extremely stimulating and enriching experience to work with such talented stars and a highly creative crew. The story of Narappa is not only close to my heart but also narrates a social commentary on the system as a whole and this is our attempt to breathe life into this story. I am honored to have our work premiere on a global platform, which will help us reach a gamut of audiences, and I am positive that they will all appreciate this action-packed film,” Suresh Babu said in a statement.

On the work front, Venkatesh is currently shooting for F3. His film Drushyam 2 is expected to release on Disney Plus Hotstar very soon.