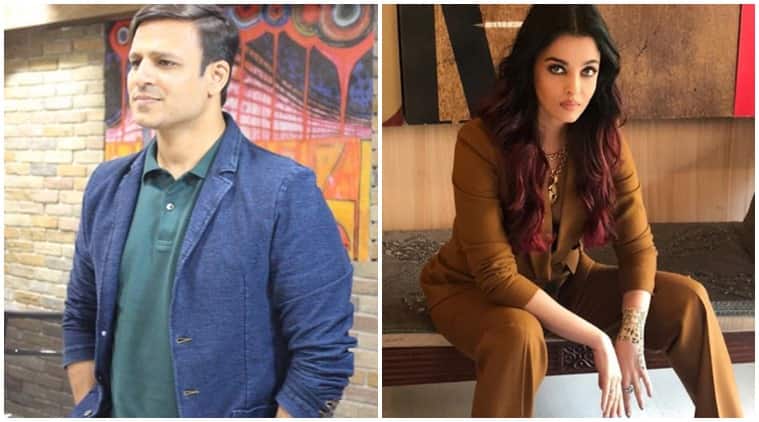 After tweeting a distasteful meme on Aishwarya Rai Bachchan earlier today, Bollywood actor Vivek Oberoi on Monday evening said he has not done anything wrong.

Talking to ANI, Vivek said, “People are saying apologise. I have no problem in apologising, but tell me what wrong have I done. If I have done something wrong, I will apologise. I don’t think I have done anything wrong. What’s wrong in it? Somebody tweeted a meme and I laughed at it.”

Sonam Kapoor was the first celebrity to slam Vivek Oberoi for the meme calling it, “disgusting and classless.” Director Madhur Bhandarkar also tweeted, “Dear @vivekoberoi, never expected such tweet from u. The trolls may go to any extent and make memes but u as a responsible celebrity should be careful of hurting anyone’s dignity. Would request u to apologize and delete the tweet..”

Urmila Matondkar shared on Twitter, “Very disgraceful and in extreme bad taste of #VivekOberoi to put up such a disrespectful post. At least show the decency to pull off the post if not apologise to the lady and her little girl.”

Rekha Sharma, the Chairperson of The National Commission for Women of India, also tweeted, “This tweet is absolutely Disgusting, distasteful, and degrading a women. @NCWIndia will be serving notice to @vivekoberoi.”

While The National Commission for Women has already issued a notice to actor Vivek Oberoi asking for an explanation, The Maharashtra State Women’s Commission too will soon send a notice to the actor.

In a video shared on Twitter, Maharashtra State Women’s Commission chairperson Vijaya Rahatkar said, “What he has tweeted cannot be considered as ‘creativity.’ The tweet is disrespectful towards women. He is a responsible actor and we didn’t expect this behaviour from him. We have taken a note of this and will be sending him a notice.”