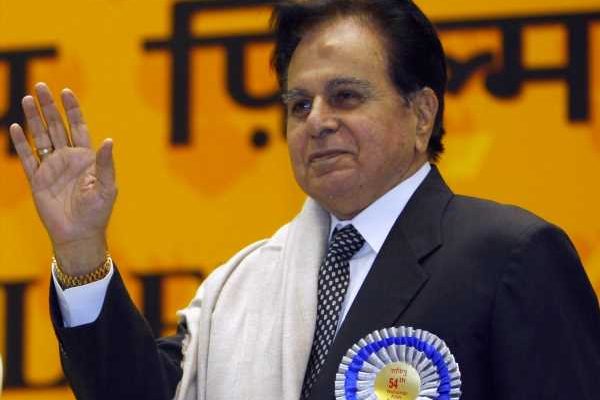 It is to Vajpayee’s credit that he told Dilip Kumar to ignore Thackeray and to follow his own conscience.
But the episode — as indeed, the manner in which Dilip Kumar has been made to pay for being a Muslim throughout his life — shames us all as Indians, says Vir Sanghvi. If you seek a measure of the success or failure of Indian secularism, then you could do worse than look at the career of Yusuf Khan aka Dilip Kumar. Almost anybody who has any acquaintance with Hindi cinema will tell you that Dilip Kumar is one of the all-time greats.

Moreover, his record in public life has been exemplary. Despite close friendships with a series of politicians, he has never been involved in any corruption scandal. Nor has there been any suggestion that he is at all dishonest or money-minded.

In fact, he is probably one of the poorer stars in Bollywood; Shah Rukh Khan’s annual income exceeds Dilip Kumar’s net worth.

In the fifties, he was one of the first stars to use his celebrity for the greater good of society. He offered his services to Jawarlal Nehru who used him to popularise a variety of causes.

In the sixties, he raised money for jawans during the China war and the 1965 conflict with Pakistan. Successive prime ministers of India have hailed his contribution to society and each time he has been given a responsibility (he was sheriff of Bombay 20 years ago, for instance), he has always risen to the occasion.

If you want an example of the success of Indian secularism, Dilip Kumar should fit the bill. He has been a truly patriotic Muslim. And India, in turn, has honoured him by treating him as a legend in his own lifetime.

But, of course, things are not that simple. No matter how successful he has been, Dilip Kumar has never been allowed to forget that he is a Muslim.

It started with his name. Through he has always denied that the studio chose a Hindu name for him to conceal his Muslim origins (“I very nearly became Jehangir — it was just that I preferred Dilip,” he maintains), it can be no accident that so many stars of that period played down their Muslim parentage. The studios believed that in the India of that era, it helped if people thought you were a Hindu. For most of the fifties, most of India had no idea that Dilip Kumar was really Yusuf Khan. Newspapers didn’t write much about movie stars, there was only one gossip magazine (Film India, long since deceased) and there was, of course, no television with its diet of film based programming. All that fans had were the performances. And these were enough to ensure Dilip became Bombay’s top star.

Then, in the sixties, the problems began. His film, Ganga Jamuna, ran into unprecedented censor trouble. The censor board made it clear it would not allow the film to be released unless he agreed to over 50 cuts. Not only would these cuts have destroyed the movie, most of them were also absurd. For instance, a scene where dacoits swooped down on a train was found objectionable on the grounds that it might provide tips to would be dacoits.

But the censors gave the game away when they objected to Dilip Kumar’s last words in the movie. Just before his character died, he said, ‘Hey Ram’. That had to go, said the censors. Why, asked Dilip Kumar. Because those were Gandhiji’s last words.

But surely, any Hindu would think of Ram when he was dying.

Yes, said the censors, any Hindu would.

Only the threat of legal action forced the censors to pass Ganga Jamuna, which is now regarded as one of the classics of Indian cinema. Worse was to follow. One day, a police party from Calcutta landed up in Bombay and raided Dilip Kumar’s house. He was a Pakistani spy, the police said, and they were about to arrest him.

Dilip Kumar a spy? How could that make sense? And, anyway, what secret information was he in a position to communicate to the Pakistanis? The vital statistics of Vyjayantimala?

It turned out that the Calcutta police had arrested a suspected Pakistani spy. In his diary, they had found the names of many well-known people. In the finest traditions of the Indian police, they promptly concluded that all the Hindus listed in the diary were contacts while the Muslims were enemy agents. One such Muslim was Dilip Kumar.

It is a measure of how deep prejudice runs in our society that India’s top star — a friend of Nehru who was then still prime minister — was accused of espionage on the basis of such flimsy evidence only because he was a Muslim. If Dev Anand’s name had been in the diary, it is extremely unlikely that anyone would have bothered to raid him.

After several traumatic months, the police gave up for lack of evidence. But rumours swept the city. Dilip Kumar had confessed. The police had recovered a radio transmitter under his floorboards. He was a leader of a gang of Muslim spies within the film industry. And so on.

It is to Dilip Kumar’s credit that he bore no bitterness or ill-will despite such appalling mistreatment. Instead he was there, as always, ready to support our troops in the war against Pakistan in 1965.

I mention all this lest you think — as many people with short memories or of a certain age do — that Dilip Kumar is being absurdly sensitive about Bal Thackeray’s campaign against him. To understand why Dilip Kumar has reacted with such passion and force, you need to understand that he feels that no matter what he does to prove his patriotism, there will always be those who believe that it is not enough.

The problem with Thackeray has a historical origin. In 1967 when Dilip Kumar was campaigning for V K Krishna Menon in North Bombay, Thackeray was busy founding the Shiv Sena in its first avatar as a gang of Congress stooges who beat up Malayalis who dared vote for Menon.

Later, Thackeray revealed himself to be India’s filmi groupie number one. Movie stars flocked to the Senapati’s residence and told him he was their Fan-apati. Only Dilip Kumar had the dignity to remain aloof. Thackeray never forgave him and by the time he had launched the Shiv Sena’s Muslim-hating avatar, he seized on Dilip Kumar as a representative of all that he loathed — a successful secular Muslim who saw no reason to pay court to fascism, even when it was dressed up as groupiedom.

This explains why the Shiv Sena picks on Dilip Kumar again and again. During the Bombay riots, it criticised him for daring to help resettle some of those it had made homeless. When he said that he did not find the movie Fire obscene, it sent a contingent of thugs who stripped down to their underwear outside his house.

A Shiv Sena MP even said in Parliament that he thought Dilip Kumar was a traitor. And now, Thackeray wants him to return the Nishan-e-Imtiaz, the highest civilian honour in Pakistan.

From Dilip Kumar’s perspective, enough is enough. He is in his late seventies. He has proved his patriotism enough times. He is too old and too tired to wage a solitary battle against Thackeray’s persecution, particularly when it is backed by the might of the Maharashtra state government.

What does it say about Indian secularism that our country’s most famous Muslim should find, in the twilight of his life, that he is still regarded with suspicion by an important section of our country?

What must it be like for a dignified Muslims of the old school who bought Nehru’s dream of a secular, progressive India to live in a Bombay that is now run by the Shiv Sena?

And how humiliating must it be for Dilip Kumar to go to Atal Bihari Vajpayee and say, “Sir, I will do whatever you want”?

It is to Vajpayee’s credit that he has told Dilip Kumar to ignore Thackeray and to follow his own conscience. But the episode — as indeed, the manner in which Dilip Kumar has been made to pay for being a Muslim throughout his life — shames us all as Indians.

If this is how we treat Dilip Kumar, who in the world will believe us when we say that we treat our Muslims well?