Yami Gautam continues to share new clicks from her wedding with director Aditya Dhar. In her latest Instagram post, she is dressed as a traditional pahadi newly wed. 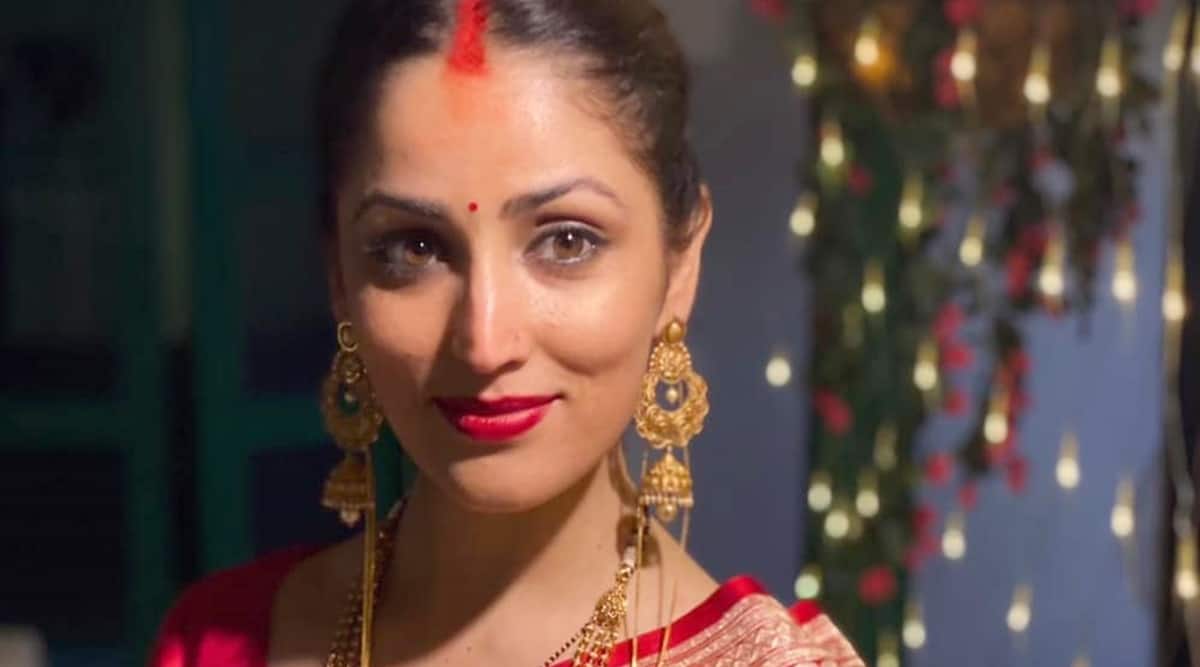 Bollywood actor Yami Gautam, who tied the knot with director Aditya Dhar in a private ceremony last week, has shared a new photo on social media. Yami on Monday posted her look as a beautiful newly wed, complete with the traditional pahadi jewellery and ‘mangalsutra’.

Yami took to her Instagram handle and gave a glimpse of her married avatar. Even her caption suggested that she was happily soaked in the Himachali-Kashmiri culture, respecting both her and Aditya’s roots. Yami wrote in Kashmiri, “Rind posh maal gindane draaye lo lo (A bubbly flower garland is out to play).”

On Sunday, Yami along with her sister Surilie Gautam shared several pictures from her wedding day. In one post, Yami and Aditya posed with their family. Her caption read, “Memories for a lifetime.” Other photos revealed Yami’s pre-wedding rituals where she made a happy bride.

Yami and Aditya took their fans by surprise when they announced their nuptials on June 4. The two had collaborated in National Award winning film, URI: The Surgical Strike. Yami and Aditya chose the actor’s home state Himachal Pradesh, in the backdrop of mountains and pine trees to tie the knot in a close-knit ceremony.