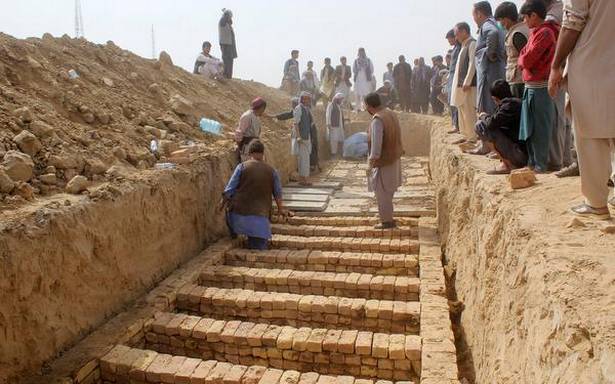 Mourners from Afghanistan’s Shia community buried their dead on Saturday after a suicide attack on a mosque killed over 60 people, in the bloodiest assault since U.S. forces’ withdrawal.

A gravedigger in the Shiite cemetery overlooking the northern city of Kunduz told AFP they had handled 62 bodies, and local reports suggested the final toll could be up to 100.

Scores more victims were also wounded in Friday’s blast, which was claimed by the Islamic State group and appeared designed to further destabilise Afghanistan in the wake of the Taliban takeover.

The regional branch of the sectarian IS, known as Islamic State-Khorasan (IS-K), has repeatedly targeted Shiites in Afghanistan. It is a Sunni Islamist group like the Taliban, but the two are bitter rivals.

IS-K said the attack was carried out by a Uyghur Muslim suicide bomber who had "detonated an explosive vest amid a crowd" of Shiite worshippers.