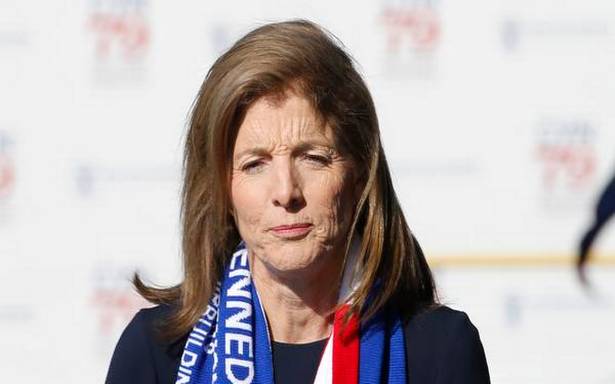 Mr. Biden appointed another member of the Kennedy clan, Victoria Kennedy, an attorney and the widow of Sen. Ted Kennedy, to serve as his ambassador to Austria.

Ms. Kennedy threw her support behind Mr. Biden relatively early in the crowded 2020 Democratic primary process. In a Boston Globe editorial to announce her endorsement, she praised Mr. Biden for his long career as a public servant and fondly recalled Mr. Biden visiting Tokyo as vice president while she was ambassador.

Ms. Kennedy in a statement offered gratitude to Solomon Islanders and Australian coast watchers in the Pacific who rescued her father during World War II after his crew’s motor torpedo boat was sunk by the Japanese in August 1943.

“If confirmed, I will work hard to repay this debt,” she said. "I look forward to collaborating with the Government of Australia to strengthen our alliance, improve global health and increase vaccine access during this terrible pandemic and to address the urgent climate crisis. I am excited to get to know the Australian people, learn about their fascinating country and share with them what I love most about America.”

Mr. Biden appointed another member of the Kennedy clan, Victoria Kennedy, an attorney and the widow of Sen. Ted Kennedy, to serve as his ambassador to Austria. The Senate confirmed her nomination in October.

Ms. Kwan was named the State Department’s first public diplomacy envoy in 2006. Ms. Kwan currently serves as the treasurer and a board member of Special Olympics International.