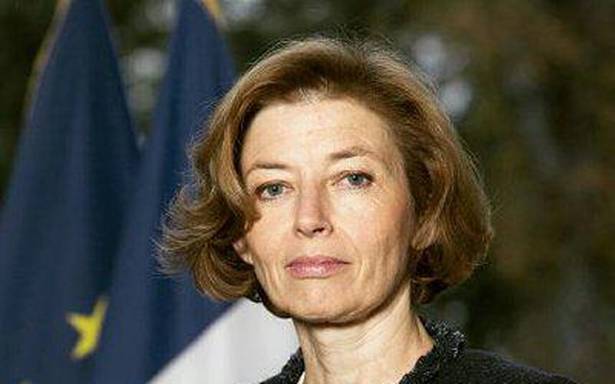 The French Defence Minister said China is a major country and there are areas where cooperation can be envisaged and developed including in fighting against climate change.

China is getting more and more aggressive in the Indo-Pacific region as well as the South China Sea and there is a need to ensure freedom of navigation and compliance of international rules, visiting French Defence Minister Florence Parly said on Friday.

In an interactive session at a think-tank, Ms. Parly said the challenge of terrorism has to be dealt with in a comprehensive manner and that both France and India continue to face the threat of terror attacks as she referred to the situation in Afghanistan.

The EU’s role in the Indo-Pacific

The French Defence Minister said China is a major country and there are areas where cooperation can be envisaged and developed including in fighting against climate change.

“China is also a partner for trade and commerce but we see as well that China is getting more and more aggressive in the region, and it is even more specific when it comes to the (South) China Sea,” she said.

“France and, if I may, India share the same views on something which is key – I mean the international maritime law, the freedom of navigation is not only a principal concept. This is among the set of rules we comply with, but is also something which puts at risk the freedom (of) navigation and trade,” Ms. Parly said. She said the key maritime lanes must remain free.

“We see that sometimes there are attempts to close this (South) China Sea and we want to make sure that this freedom of navigation is respected,” the French Defence Minister noted.

Ms. Parly said France wants to preserve the Indo-pacific as an open and inclusive area and that must be free from any “coercion”.

“To us, the Indo-Pacific in not an artificial juxtaposition of the Indian and Pacific oceans. It should be understood as a wide geographical continuum facing common challenges,” she said.

“So, we have developed an exceptional partnership. And it is more necessary than ever to reinforce it. As you well know, we face both global and regional challenges,” she said.

The French Minister identified terrorism as a major challenge facing both the nations.

“Terror has struck France and Europe repeatedly over the last few years and has not spared the Indo-Pacific, including India. This fight is not over and will continue for many years to come,” Ms. Parly said.

“The threat of attacks on our countries has not disappeared. I am thinking in particular of the situation in Afghanistan, which is a matter of concern for both France and India,” she said.

She further added: “Moreover, this threat needs to be addressed in a comprehensive manner, from the Levant to Africa.” Ms. Parly said she is in India to say that “how precious is the friendship” between the two nations.

“This friendship, this trust that we have in each other, has developed and blossomed considerably in recent years, to such an extent that the distance between the Ganges and the Seine sometimes seems to be lessened,” she said.

She said France and India are both “viscerally committed” to national sovereignty and independence.

“I think that our industrial partnership is proof of that. France, more than any other country, understands the necessity of the Indian content. And we are fully committed to the ‘Make in India’ initiative, as well as to the further integration of Indian manufacturers into our global supply chains,” she said.

“Make in India has been a reality for French industry for several years, particularly for defence equipment such as submarines,” she said.