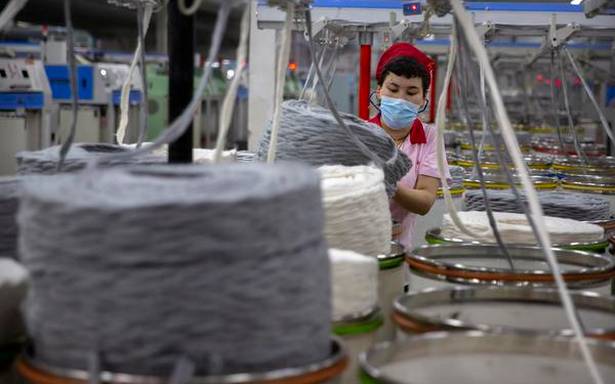 China’s Communist Party on Saturday said it had appointed a new party chief for its Xinjiang region, replacing Chen Quanguo, an official who spearheaded a crackdown that saw hundreds of thousands sent to re-education camps.

A brief statement from the official Xinhua news agency said the Central Committee had recently decided to appoint Ma Xingrui, the governor of southern Guangdong province and an official previously with the aerospace authority in China, as the new party secretary of Xinjiang. It added that Mr. Chen will be given a new appointment. That suggests that Mr. Chen may be in line for a promotion, observers said.

The controversial Politburo member, who led Xinjiang for five years, was the highest ranked Chinese official sanctioned last year by the U.S. government for his role in the crackdown on Xinjiang’s Uighurs. The U.S. has called the policies put in place by Mr. Chen a “genocide”, a charge rejected by China.

After taking over in 2016, Mr. Chen supervised the construction of a network of re-education camps, with hundreds of thousands of Uighurs detained there starting in 2017. Beijing initially denied the existence of the camps, but subsequently said they were “vocational training” centres.

In July 2020, the then Donald Trump administration designated three senior party officials “for their involvement in gross violations of human rights” including “forced labour, arbitrary mass detention and forced population control, and attempts to erase their culture and Muslim faith”. Mr. Chen was the senior most of those officials and was barred from entering the U.S.

The Joe Biden administration has also announced measures aimed at Beijing’s policies in Xinjiang. This week, President Biden signed into a law a move to ban imports from Xinjiang over concerns of forced labour. The move was slammed by Beijing, which said claims of “forced labour and genocide in Xinjiang are nothing but vicious lies hyped up by anti-China forces”.

‘Promotion in the works’

In the wake of criticism and sanctions from the U.S. and the EU, Chinese authorities have closed some of the camps and said some of the detainees had “graduated”. The replacement of Mr. Chen, however, was more likely to be a promotion rather than a response to international criticism, observers said.

“The replacement cannot be called a response to international pressure,” Beijing-based political analyst Wu Qiang told the Hong Kong-based South China Morning Post. “The pressure does exist, but what Beijing did is the opposite, as Chen might be promoted to a higher level, and the governance model in Xinjiang might be copied elsewhere in the country.”