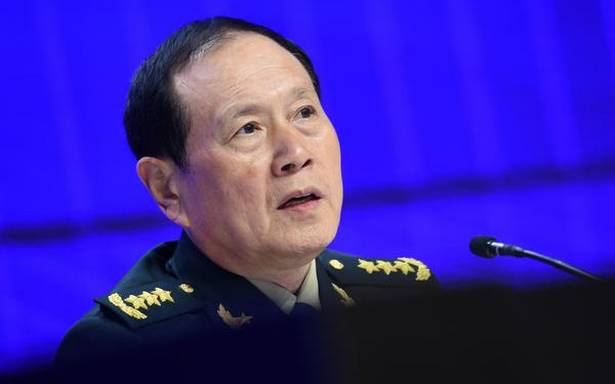 The visit follows that of a high-powered delegation, led by senior Chinese leader and top foreign policy official Yang Jiechi, in October 2020.

China’s Minister of Defence Wei Fenghe will visit Sri Lanka next week, in the second high-level visit from Beijing to Colombo in the last six months.

“The Minister will arrive on April 27 and leave on April 29,” Mohan Samaranayake, Director-General of the Department of Government Information told The Hindu.

China has provided crucial support to Sri Lanka in the pandemic year, by way of a $1 billion loan, as well as a $1.5 billion currency swap facility to help the Colombo government boost its foreign reserves. President Xi Jinping, in a telephone call with President Gotabaya Rajapaksa last month, assured him that China was ready to support Sri Lanka’s post-pandemic recovery with “closer cooperation”.

General Wei’s visit to Sri Lanka is the second to the region in recent months and comes months after China signed a military deal with Pakistan in December 2020, during his visit to Islamabad.

The scheduled visit next week also assumes significance in the wake of heightened scrutiny within Sri Lanka, over China’s role and presence in the country, through infrastructure projects. Sri Lanka’s Supreme Court is currently hearing a case, of nearly 20 petitions challenging a Bill, of proposed, special laws to govern the China-funded $ 1.4- billion Port City coming up on reclaimed land on Colombo’s seafront. Critics of the Bill say it could pave way to creation of a “Chinese colony” in Sri Lanka.