The outbreak in western Congo emerged shortly before eastern Congo marked an official end on June 25 to the second deadliest Ebola outbreak in history, which killed 2,280 people over nearly two years. The two strains were not related, officials said. 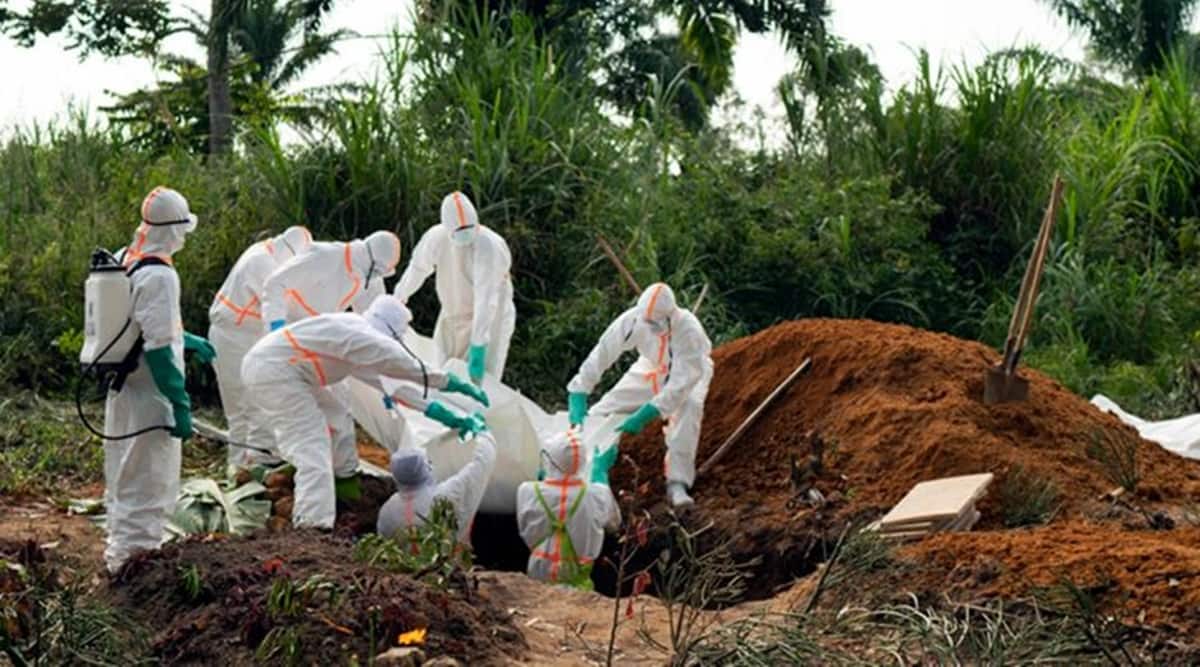 Congo has declared an end to its 11th Ebola outbreak, this one in western Equateur province, nearly six months after cases were reported and amid the rise of COVID-19 in the Central African nation. This is the first time Congo is Ebola-free in about two and a half years.

Congo’s minister of health, Dr. Eteni Longondo, along with the World Health Organization made the official declaration Wednesday with no new cases recorded in more than 48 days.

More than 55 deaths were recorded, 119 confirmed cases and 75 recoveries since the declaration of the outbreak on June 1, according to the WHO and the health ministry.

The outbreak in western Congo emerged shortly before eastern Congo marked an official end on June 25 to the second deadliest Ebola outbreak in history, which killed 2,280 people over nearly two years. The two strains were not related, officials said.

“This 11th Ebola virus epidemic has had the particularity of spreading much more to river and lake health zones”, the health minister said Wednesday.

“This constituted a major logistical challenge in terms of the implementation of response activities in a health system already weakened by previous epidemics and by a weak involvement of the community.” Health authorities, however, were able to vaccinate more than 40,000 people, he said.

Longondo called on the population to remain vigilant and continue to observe hygiene measures “to avoid the resurgence of Ebola but also to prevent the spread of coronavirus which is raging in the country.” This is the fifth outbreak in Equateur province, he said, adding that epidemic surveillance must be strengthened in the region. Equateur province was also the site of the country’s ninth Ebola outbreak, which was overcome in a little over three months in 2018 and had half as many cases reported, WHO said.

WHO commended the response to this outbreak.

“Overcoming one of the world’s most dangerous pathogens in remote and hard to access communities demonstrates what is possible when science and solidarity come together”, said WHO Africa chief Matshidiso Moeti.

“The technology used to keep the Ebola vaccine at super-cold temperatures will be helpful when bringing a COVID-19 vaccine to Africa,” she added. “Tackling Ebola in parallel with COVID-19 hasn’t been easy, but much of the expertise we’ve built in one disease is transferable to another and underlines the importance of investing in emergency preparedness and building local capacity.”

The International Federation of Red Cross and Red Crescent Societies warned that this achievement doesn’t mean the end of “considerable humanitarian challenges that the country is facing, including the ongoing COVID-19 emergency alongside long-standing economic and security issues.” Jacques Katshishi, secretary general of Congo’s Red Cross, said the country’s communities must continue to receive support from the international community.

“Bringing Ebola to zero is a huge achievement, but now we are faced with our next challenge: keeping it there. Our teams within the DRC Red Cross are facing COVID-19 within a complex humanitarian and security environment”, he said. “This is not a moment to be complacent: the world cannot afford a resurgence of Ebola in DR Congo. The time to prepare is now.”