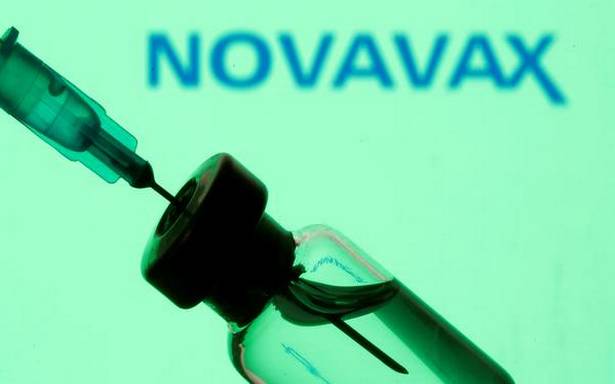 U.S. biotech firm Novavax said on Thursday its two-shot COVID-19 vaccine showed an overall efficacy of 89.3% in a major Phase 3 clinical trial in Britain, and remained highly effective against a variant first identified there. But it offered significantly less protection against a highly transmissible variant of from South Africa.

Novavax said it began working on new vaccines against emerging strains in early January and expects to select ideal candidates in the coming days, then begin clinical testing in the second quarter of the year.

“NVX-CoV2373 has the potential to play an important role in solving this global public health crisis,” said the company’s president and CEO Stanley Erck, using Novavax’s name for the vaccine.

“We look forward to continuing to work with our partners, collaborators, investigators and regulators around the world to make the vaccine available as quickly as possible.”

“Our medicines regulator will now assess the vaccine, which will be made in Teesside. If approved, we have 60m doses on order,” he added.

The vaccine was one of six candidates backed by a U.S. government project formerly known as Operation Warp Speed, which has provided the company $1.75 billion. It’s also being tested in a trial in the U.S. and Mexico, which has recruited 16,000 of 30,000 participants.

Unlike the Pfizer, Moderna and AstraZeneca vaccines, which deliver the genetic instructions that make human cells create a key protein of the virus, the Novavax shot injects the proteins directly into the body to evoke an immune response.

The first interim analysis was based on 62 cases, of which 56 cases of Covid-19 were observed in the placebo group versus six cases among people who received NVX-CoV2373.

The company’s preliminary analysis indicated the variant first identified in Britain, B.1.1.7, was detected in more than 50 % of the confirmed cases.

But the level of protection was lower in a smaller, mid-stage trial conducted in South Africa.

This study enrolled just over 4,400 patients from September to mid-January, during which time the B.1.351 variant, which contains critical mutations along the virus’ spike protein, was spreading rapidly through the country.

Overall efficacy was 49.4 % in this trial, but the figure rose to 60 % among the 94 % of trial participants who were HIV-negative.

Worryingly, Novavax said about a third of participants in the South Africa trial had been previously infected with the original form of the virus, while the subsequent infections during the study were largely from the variant.

Amesh Adalja, a doctor and senior scholar at the Johns Hopkins Center for Health Security, told AFP it was important to keep the decreased efficacy in perspective and the vaccine was still a success.

“Sixty percent against the variant is still pretty good,” he said. “Clearly, the Novavax vaccine prevented severe disease which is really in the end what matters the most.”

The studies are the first to assess a Covid-19 vaccine’s performance against both the UK and South Africa variants in the real world.

Pfizer and Moderna have previously said their vaccines remain effective against the variants, but their studies were based on lab research.

The U.S. said Thursday it had found its first two cases of the B.1.351 variant on American soil, leading to concern it could reignite the national infection rate, which is currently in decline.

Novavax’s announcement puts pressure on another vaccine maker, Johnson & Johnson, which is expected to announce its phase 3 trial results next week.