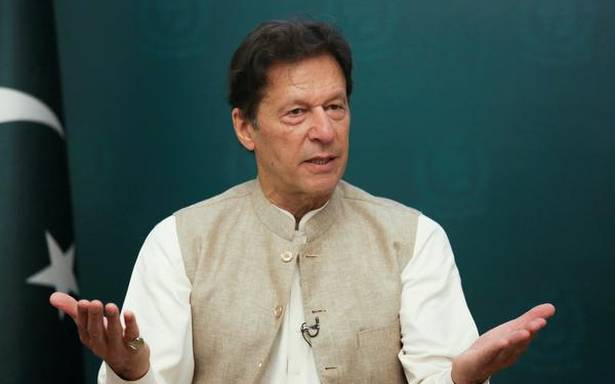 His tenure is ending in November

Pakistan Prime Minister Imran Khan has said he has not yet thought about an extension to Chief of the Army Staff Gen. Qamar Javed Bajwa’s tenure, which is coming to an end on November 28, 2022.

Prime Minister Khan said that he enjoyed an unprecedented relationship with the military leadership, the Dawn newspaper reported.

“The current year has just started and November is far away. Then why there is worry about extension in the tenure of the army chief,” Mr. Khan was quoted as saying in the report.

Mr. Khan said that he had so far not thought about extension in the tenure of COAS Bajwa.

Gen. Bajwa, a close confidant of Mr. Khan, was to retire on November 29, 2019 at the end of his three-year term but PM Khan gave the Army chief another extension of same length, citing regional security situation, through a notification.

However, the Supreme Court on November 28 suspended the government order, observing that there is no law to give extension to the Army chief’s tenure. But the apex court granted a six-month extension to Gen. Bajwa after being assured by the government that Parliament will pass a legislation on the extension/reappointment of an army chief within six months.

The government after initial hesitation secured the support of the main Opposition parties and introduced three Bills in the National Assembly to extend the retirement age from 60 to 64 years for the chiefs of Army, Navy and Air Force, and the Chairman of the Joint Chief of Staff Committee.