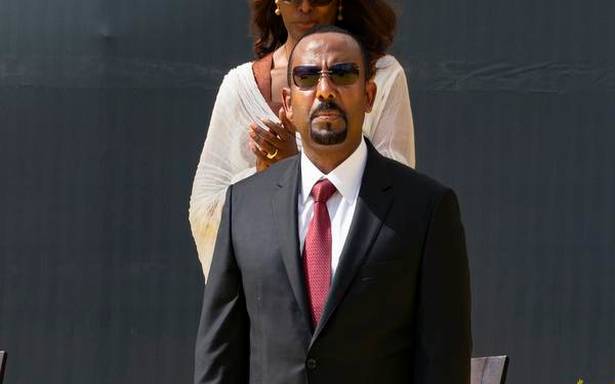 Ethiopian troops and their allies are launching air and ground strikes against Tigray rebels in the northern region of Amhara, humanitarian and rebel sources siad, amid growing speculation of a major offensive.

A spokesman for the Tigray People’s Liberation Front (TPLF), which has been locked in a brutal conflict with pro-government forces in northern Ethiopia for 11 months, said Saturday there was a “massive move” against the rebels.

The reports come just days after Prime Minister Abiy Ahmed was sworn in for a new term, vowing to defend “Ethiopia’s honour” despite mounting international criticism of the war and alarm about the desperate humanitarian crisis it has triggered.

TPLF spokesman Getachew Reda said there had been “mostly air, drone and artillery bombardment” of rebels, and reported a major troop build-up, saying “tens of thousands are amassed” in northern Amhara including the North Gondar and North Wollo zones.

“We are confident we will thwart the offensive in all fronts and more,” he said. “We will stand our ground until the siege is lifted.”

Humanitarian sources said that federal soldiers and Amhara regional troops conducted air and ground offensives in the North Wollo area and other locations on Thursday and Friday.

Representatives from Amhara, as well as federal and military officials, did not respond to requests for comment and the reported military operations could not be independently confirmed by AFP.

The war erupted in November when Mr. Abiy sent troops into Tigray to topple the TPLF, the regional ruling party and former national rulers, a move he said came in response to TPLF attacks on federal army camps.

Although government forces quickly took control of Tigray’s cities and towns, the TPLF recaptured most of the region including the capital Mekele by late June and Mr. Abiy later declared a unilateral ceasefire.