The EU already has imposed sanctions on Belarus President Alexander Lukashenko and several dozen officials over their role in the security crackdown launched after the contested election. 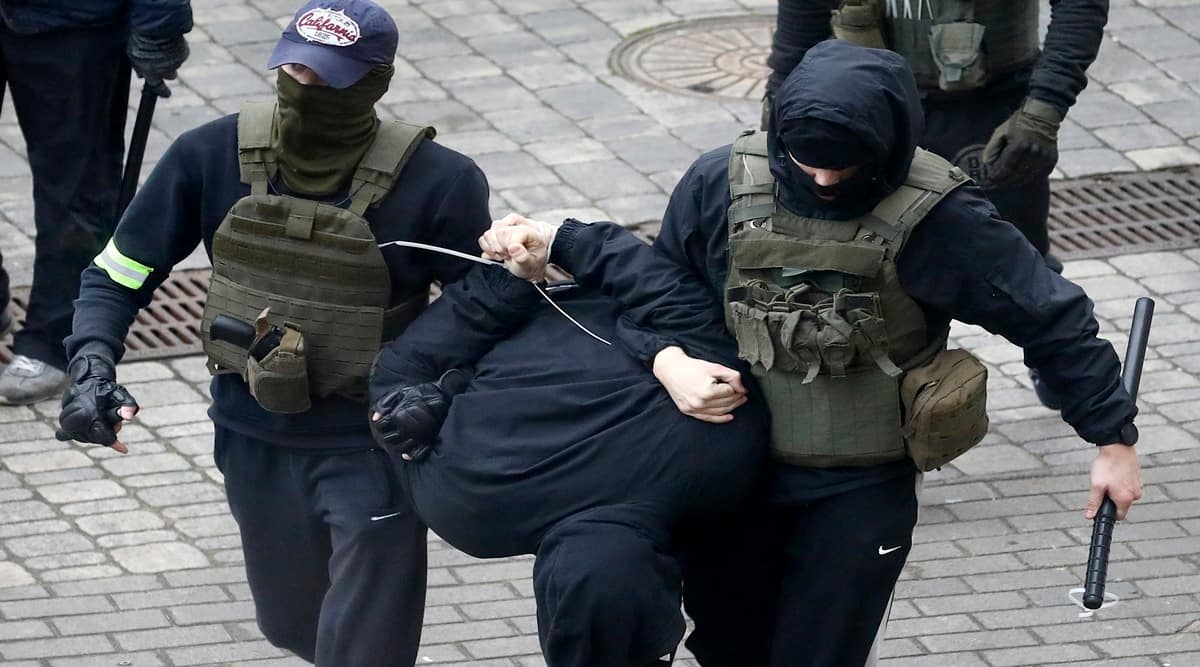 The European Union on Friday condemned the continued violent crackdown by Belarusian authorities following the death of a 31-year-old opposition supporter who died in a hospital after he was reportedly beaten by security forces.

The death of the man came about three months after mass protests began in Belarus in the wake of the August 9 election that official results say gave authoritarian President Alexander Lukashenko a sixth term in office. The opposition and some poll workers say the results were manipulated and have been calling for Lukashenko’s resignation.

More than 17,000 people have been arrested since the election.

Peter Stano, the EU’s spokesman for foreign affairs and security policy, said that 31-year-old Raman Bandarenka died Thursday at a Minsk hospital after several hours of surgery, due to serious injuries caused, according to reports, by the brutality of plainclothes policemen.

A total of four people, including Bandarenka, are reported to have died over the past three months as the result of the crackdown on protesters and opposition supporters.

“This is an outrageous and shameful result of the actions by the Belarusian authorities who have not only directly and violently carried out repression of their own population, but also created an environment whereby such lawless, violent acts can take place”, Stano said in a statement.

He added that the Lukashenko’s government was “ignoring not only the fundamental rights and freedoms of the Belarusian people, but also disregarding their lives.”

The EU already has imposed sanctions on Lukashenko and several dozen officials over their role in the security crackdown launched after the contested election. Stano said Friday that the 27-nation bloc “stands ready to impose additional sanctions.”

“The European Union stands ready to mobilize all its economic means to support and accompany democratic change”, she said. “Europe’s economic influence is immense. It’s up to us to make a more strategic use of our economic clout. It’s up to us to take clear our positions and to enforce them with stronger actions.”