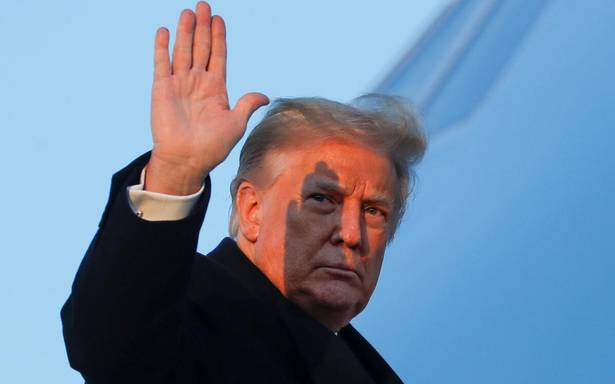 A look at how impeachment works, and what Congress can do in the short amount of time until Mr. Trump’s term ends.

When some Democrats were pushing for President Donald Trump’s impeachment in early 2019, it took around five months for House Speaker Nancy Pelosi to back the idea.

This time, it only took a day.

Ms. Pelosi came out strongly on Thursday in support of Mr. Trump’s removal — either by his own Cabinet or by Congress, if necessary — after pro-Trump supporters violently breached and ransacked the Capitol. The riots on Wednesday came after Mr. Trump egged on the crowd at a rally near the White House.

On Friday, Ms. Pelosi told fellow Democrats on a private conference call that "we must take action."

A congressional effort to impeach Mr. Trump would be unlikely to remove him from the White House, which he’ll vacate on January 20 when President-elect Joe Biden is sworn in. There’s little chance that the Republican-led Senate would hold a trial and vote on convicting Mr. Trump in less than two weeks.

Still, action by the House would still make Mr. Trump the first President in history to be impeached twice. And it could include a ban on holding public office, ending Mr. Trump’s ability to run in 2024.

A look at how impeachment works, and what Congress can do in the short amount of time until Mr. Trump’s term ends:

The basics of impeachment

In normal order, there would be an impeachment investigation and the evidence would be sent to the House Judiciary Committee, which would hold hearings, draft articles and send them to the full house. That’s what happened in 2019, when the House impeached Mr. Trump over his dealings with the President of Ukraine. It took three months.

This time, with so few days to move — and a feeling among Democrats that there is little need to investigate what happened, since most members of Congress were in the Capitol when the mob broke in — Ms. Pelosi would likely hold a floor vote with no hearings or committee action.

Once the House votes to impeach, the articles and evidence are sent to the Senate, where a trial is held and there are final votes to convict or acquit, as the Senate did in early February of last year.

What about the 25th amendment?

Ms. Pelosi said on Thursday that the House wouldn’t have to begin impeachment if Vice President Mike Pence and other Cabinet members removed Mr. Trump from office under the 25th amendment. The amendment allows for the Vice President and a majority of the Cabinet to declare a President unfit for office, and the Vice President then becomes acting President.

Despite widespread discontent with Mr. Trump’s actions, there appears to be little chance of a Cabinet insurrection, especially after a slew of officials resigned in the wake of the Capitol riots.

Any member of the House can introduce articles of impeachment and trigger a procedural process that allows them to be considered almost immediately. Approving them takes only the majority. Democrats narrowly control the House, 222-211.

Democratic Reps. David Cicilline of Rhode Island, Jamie Raskin of Maryland and Ted Lieu of California have circulated an article of impeachment charging Mr. Trump with abuse of power and are expected to introduce it on Monday – meaning a vote could come as soon as midweek, if Ms. Pelosi decides to move forward. They could also consider moving the articles through regular order, which could still be done quickly.

The article of impeachment circulated by the three Democrats charges Mr. Trump with abuse of power and says he "willfully made statements that encouraged — and foreseeably resulted in — imminent lawless action at the Capitol."

It says the behaviour is consistent with Mr. Trump’s prior efforts to "subvert and obstruct" the results of the election and references his recent call with the Georgia Secretary of State, in which he said he wanted to find more votes after losing the State to Mr. Biden.

Mr. Trump has falsely claimed there was widespread fraud in the election, and the baseless claims have been repeatedly echoed by congressional Republicans. As the protesters broke into the Capitol, both chambers were debating GOP challenges to the electoral vote count in Arizona.

"In all of this, President Trump gravely endangered the security of the United States and its institutions of government," the Democratic draft reads. "He threatened the integrity of the democratic system, interfered with the peaceful transition of power and imperilled a coordinate branch of government. He thereby betrayed his trust as President, to the manifest injury of the people of the United States."

There was not widespread fraud in the election, as has been confirmed by a range of election officials and by William Barr, who stepped down as attorney general last month. Nearly all of the legal challenges put forth by Mr. Trump and his allies have been dismissed by judges.

Timing of a trial in the Senate is uncertain. The Senate is not set to resume full sessions until January 20, which is Inauguration Day, and it’s hard to see the benefit of impeaching Mr. Trump while Mr. Biden is being sworn into office.

Two-thirds of the Senate is needed to convict, and this would be unlikely even if the chamber did somehow come back in session to hold a trial and vote. While many Republican senators have disparaged Mr. Trump’s actions in the last week, several Republicans have already said they think impeachment would divide the country even further just ahead of Mr. Biden’s inauguration.

What impeachment would mean

Republicans, even those who have criticised Mr. Trump, say impeachment would be unhelpful. Senate Judiciary Committee Chairman Lindsey Graham, R-S.C., said it would do “more harm than good.”

But Democrats say they believe they have to try anyway.

Vermont Sen. Bernie Sanders tweeted on Friday that some people might ask why they would try to impeach a President with only a few days left in office.

“The answer: Precedent,” he said. “It must be made clear that no President, now or in the future, can lead an insurrection against the U.S. government.” 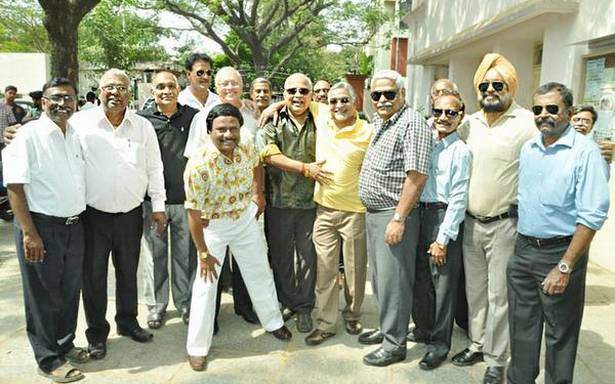 Bonding through panels on the screen 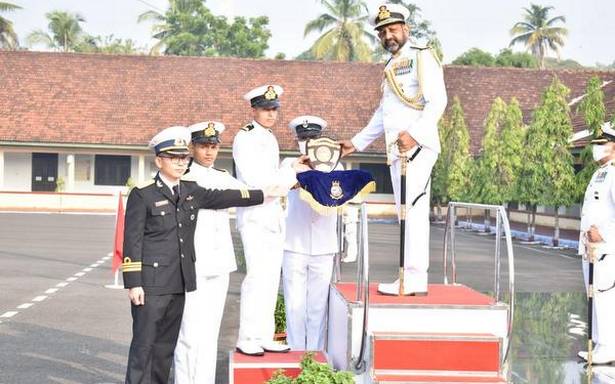