Joe Biden's narrow statewide win in the Nov. 3 election – the first for a Democratic presidential candidate since 1992 – has given the party reason for optimism in a state dominated by Republicans for decades. 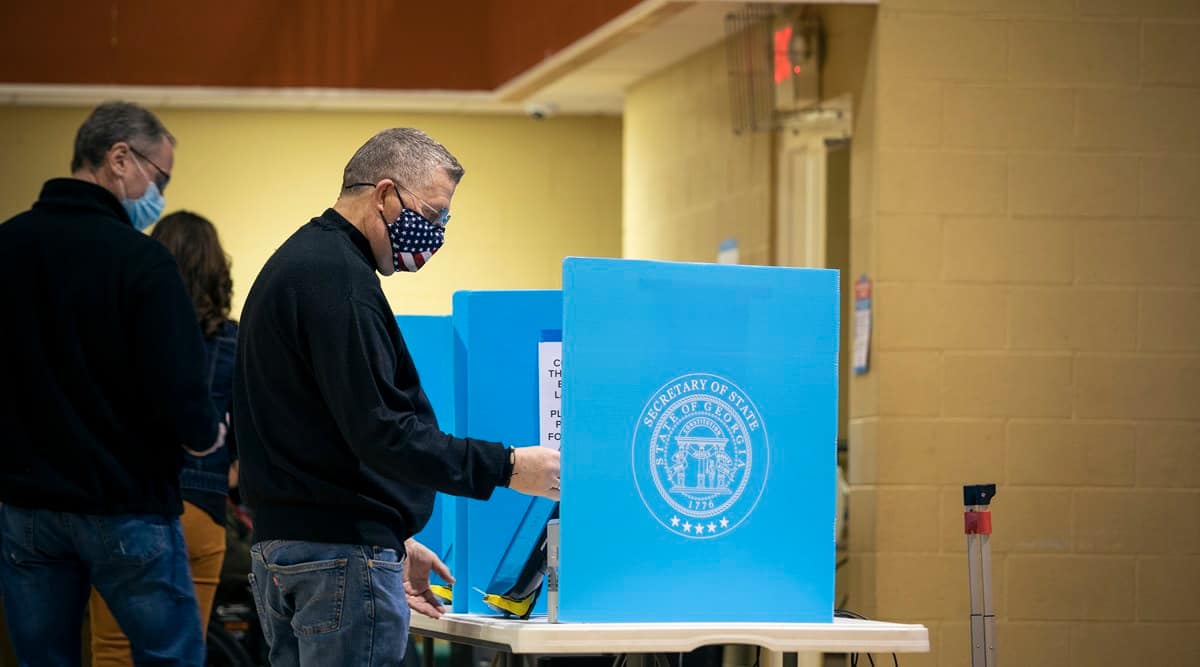 Democrats and Republicans were neck-and-neck in two critical US Senate races on Tuesday as votes were counted in Georgia contests that will decide whether President-elect Joe Biden enjoys control of Congress or faces stiff opposition to his reform plans. The leads swung back and forth, with Republican incumbents David Perdue and Kelly Loeffler holding slight edges on Democratic challengers Jon Ossoff, a documentary filmmaker, and the Reverend Raphael Warnock, a pastor at a historic Black church in Atlanta.

With about 78% of the expected vote in, the Republicans were ahead with Loeffler leading Warnock by a percentage point and Perdue leading Ossoff by 1.6 percentage points, according to Edison Research.

But in a hopeful sign for Democrats, about 670,000 votes remained to be counted in counties that Biden won in November, mostly around Atlanta, with about 300,000 left to count in counties that Republican President Donald Trump carried, according to Edison estimates.

An Edison exit poll of more than 5,200 voters found half had voted for Trump in November and half for Biden. The voters were also evenly split on whether Democrats or Republicans should control the Senate. The survey included both early voters and voters who cast ballots on Tuesday.

Democrats must win both contests in Georgia to take control of the Senate. A double Democratic win would create a 50-50 split in the Senate and give Vice President-elect Kamala Harris the tie-breaking vote after she and Biden take office on Jan. 20. The party already has a narrow majority in the House of Representatives.

If Republicans hold even one of the two seats, they would effectively wield veto power over Biden’s political and judicial appointees as well as many of his legislative initiatives in areas such as economic relief, climate change, healthcare and criminal justice.

Warnock and Ossoff were each running about 0.5 percentage points ahead of Biden’s November performance in the 103 counties where at least 95% of the vote had been counted.

No Democrat has won a US Senate race in Georgia in 20 years, but opinion surveys showed both races as exceedingly close. The head-to-head runoff elections, a quirk of state law, became necessary when no candidate in either race exceeded 50% of the vote in November.

Biden’s narrow statewide win in the Nov. 3 election – the first for a Democratic presidential candidate since 1992 – has given the party reason for optimism in a state dominated by Republicans for decades. 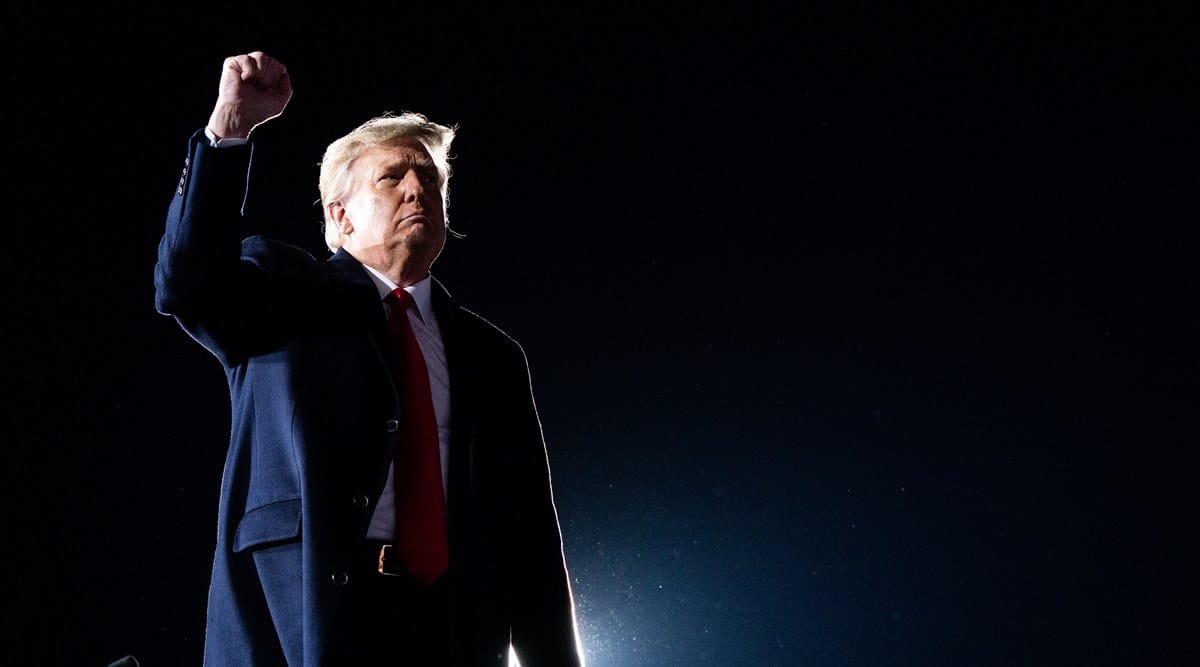 Edison expected a total of 4.3 million ballots to be cast, including the more than 3 million early votes that shattered the record for runoff elections even before Election Day arrived. The two races drew nearly half a billion dollars in advertising spending since Nov. 3, a staggering total that fueled a tsunami of television commercials.

In Smyrna, about 16 miles (26 km) northwest of Atlanta, Terry Deuel said he voted Republican to ensure a check on Democratic power. “The Democrats are going to raise taxes,” the 58-year-old handyman said. “And Biden wants to give everyone free money – $2,000 each or something like that for COVID stimulus? Where are we going to get the money?”

Ann Henderson, 46, cast ballots at the same location for Ossoff and Warnock, saying she wanted to break Washington’s gridlock by delivering the Senate to Democrats. “It’s the social issues – civil rights, racial equality, voting rights, pandemic response,” she said. “If we take it, maybe we can get something done for a change.”

US equity market index futures were broadly weaker as the early results came in favoring the two Democratic candidates, signaling stocks could open on the soft side on Wednesday morning. The benchmark S&P 500 e-mini futures contract was down 0.3%, while futures tracking the tech-heavy Nasdaq were off by 0.7%.

The campaign’s final days were overshadowed by Trump’s efforts to subvert the presidential election results.

On Saturday, Trump pressured Georgia Secretary of State Brad Raffensperger, a fellow Republican, on a phone call to “find” enough votes to reverse Biden’s victory, falsely claiming massive fraud. Trump’s bid to undo his loss – with some Republicans planning to object to the certification of Biden’s win when Congress meets on Wednesday to formally count the presidential vote – have split his party and drawn condemnation from critics who accuse him of undermining democracy.

At a rally in Georgia on Monday night, Trump again declared the November vote “rigged,” an assertion some Republicans worried would dissuade his supporters from voting on Tuesday.

His attacks appear to have undermined public confidence in the electoral system. Edison’s exit poll found more than seven in 10 were very or somewhat confident their votes would be counted accurately, down from 85% who said the same in a Nov. 3 exit poll.

Gabriel Sterling, a top Georgia election official, told CNN that – in his opinion – Republican losses would fall on Trump. “When you tell people your vote doesn’t count, it’s been stolen, and people start to believe that, and then you go to the two senators and tell them to ask the secretary of state to resign and trigger a civil war inside the Republican Party … all of that stems from his decision-making,” he said.

If elected, Warnock would become Georgia’s first Black U.S. senator and Ossoff, at 33, the Senate’s youngest member. Perdue is a former Fortune 500 executive who has served one Senate term. Loeffler, one of the wealthiest members of Congress, was appointed a year ago to fill the seat of a retiring senator.