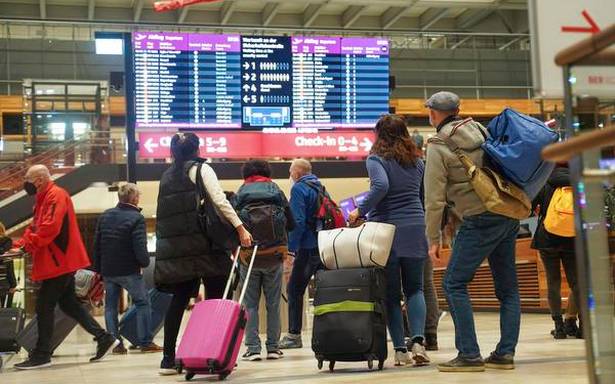 Germany’s health authority announced late on Saturday that Britain had been added to its list of COVID-19 high-risk countries, which will mean tighter travel restrictions.

The decision is a response to the rapid spread of the Omicron variant, which forced London’s mayor Sadiq Khan to declare a “major incident” on Saturday in the British capital.

The change, which takes effect on Sunday at midnight, means arrivals from Britain will have to observe a two-week quarantine regardless of whether they are vaccinated, said the country’s health agency, the Robert Koch Institute (RKI).

The U.K. is now considered a “variant zone” of COVID-19, a category reserved for nations where the risk is the highest. It reported over 12,000 confirmed cases of the Omicron variant on Sunday, taking the total number of confirmed cases to 37,101.

Several other European countries, including France, have already taken steps to limit the entry of travellers from the U.K.