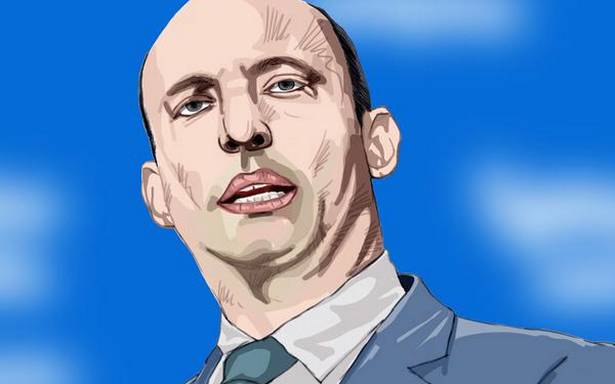 Mr. Lapid has claimed that his coalition has the support of 61 Members of the Knesset (MKs). If the majority is proved in Parliament, Mr. Bennett would be Israel’s next Prime Minister, replacing Mr. Netanyahu, his former boss and the country’s longest-serving head of government.

Born in Haifa to wealthy Jewish immigrants from the U.S., Mr. Bennett, 49, has built his political career as a right-wing alternative to Mr. Netanyahu. Like most other Israeli politicians, he had served in the military. In 1999, after his military stint, Mr. Bennett founded an American start-up, Cyota, which made anti-fraud software. The company was sold to a U.S. security company for $145 million in 2005. In 2006, the millionaire entrepreneur said goodbye to his business career to join politics. He became the chief of staff of Mr. Netanyahu, who was then the Opposition leader. That was the launching pad.

After parting ways with Mr. Netanyahu, Mr. Bennett championed pro-settler politics. He became the director of Yesha Council, an organisation that fought for the expansion of Jewish settlements in Palestinian territories, and founded, along with Ayelet Shaked, My Israel, an extra-parliamentary Zionist group. Subsequently, Mr. Bennett joined the far-right Jewish Home, and became its leader in 2012.

When Jewish Home was part of Mr. Netanyahu’s coalition, Mr. Bennett had served as a Minister several times. He handled education, Diaspora and defence portfolios. In December 2018, he left Jewish Home and founded the New Right. The new party had a rocky start in electoral politics. In the April 2019 election, the New Right failed to enter the Knesset. That was the first of the four deadlocked elections Israel has seen in two years. In the second vote, in September 2019, Mr. Bennett formed a right-wing coalition with Jewish Home and National Union-Tkuma, called Yamina. They won seven seats, declaring the arrival of Mr. Bennett as a right-wing force in Israel’s fractious political landscape.

In the March 2020 election, Yamina won six seats. When Mr. Netanyahu joined hands with Blue and White leader Benny Gantz to form a unity government, Mr. Bennett decided to sit in the Opposition. The Netanyau-Gantz coalition did not last long, pushing the country into another election. This time, Mr. Bennett fought the polls without Jewish Home and Tkuma. Still Yamina won seven seats in March.

Mr. Bennett’s views on Palestinians are well-known. He has said the creation of a Palestinian state would be “suicidal” for Israel. In the past, he has proposed “autonomy with steroids” for Palestinians in some parts of the West Bank and urged the Israeli government to annex the areas where Jewish settlements have been built. It may sound ironical that the same Bennett with his hawkish views could become the first Israeli leader forming a government with support from an Arab-majority party. Ra’am (United Arab List) is one of the eight parties in the ‘change’ coalition.

What brought them all together is their shared goal to replace Mr. Netanyahu. Mr. Lapid, the architect of the coalition, offered the Prime Minister’s job to Mr. Bennett for two years may be because he thought that was the only way to rally two right-wing parties — Yamina and New Hope — into a predominantly centrist coalition.

Stitching together a coalition is only the first step. The next is to prove majority in the Knesset. Even if the coalition passes the Knesset test, Mr. Bennett would face an enormous challenge to lead the most diverse coalition in Israel in decades. It’s to be seen whether he could set aside his ideological views and find common ground for governance with the other members in the coalition, and if he does, for how long.