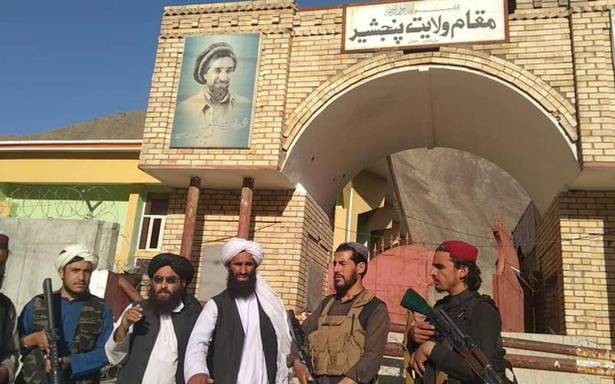 The fall of the Panjshir Valley to the Taliban forces did not draw an immediate response from India on Monday. Taliban forces conquered the strategically important region amidst reports that the leader of the resistance fighters Ahmad Massoud has left for a secure place outside Afghanistan. Analysts here maintain that the situation in Afghanistan is unlikely to stabilise because of multiple internal and external factors.

Former External Affairs Minister K. Natwar Singh believes the country will witness a period of turbulence in the coming months as the social consensus for creating an inclusive government has been replaced by the military might of the Taliban. “There is a parallel between now and the 1990s when the government of Dr. Mohammad Najibullah fell and he was brutally murdered by the Taliban on September 27, 1996. The series of violence of that time failed to create a stable Afghanistan, and similarly, they are likely to have a tough time in the coming days,” said Mr. Singh, who suggested that India should maintain a close watch on the situation as it is bound to change fast.

One of the reasons for the expected turmoil, say veteran diplomats, is that several countries in the vicinity are interpreting the post-U.S. power vacuum in Afghanistan as an opportunity. “Afghanistan is in the heart of South Asia, Central Asia and West Asia and there can’t be a political vacuum in this unique region and that is why the real understanding of the Taliban takeover can come only when we analyse the situation from the Iranian and the Saudi points of view,” said former Ambassador Talmiz Ahmad. Both Iran and Saudi Arabia want to dominate Afghanistan to ensure they stay ahead in the race for regional hegemony.

According to Mr. Ahmad, the post-August 15 phase of Afghanistan has shown early signs of regional rivalries especially in the way the ISI chief Faiz Hameed rushed to Kabul as speculations were rife about the delays behind the formation of a government in Kabul by the Taliban. It is understood that Pakistan and Saudi Arabia are working in coordination to maintain unity among the Taliban who have representatives from various ethnic groups and clans that are expected to jostle for political power.

“Taliban was united only once in its history that is during the leadership of Mullah Omar. Subsequently, it was the ISI of Pakistan that maintained unity among the factions like the Haqqanis, Durranis and others. It is to deal with the emerging fissure that Faiz Hameed reached Kabul,” said Mr. Ahmad, arguing that the Saudi-Pakistan involvement is aimed to reduce the huge influence that Iran has gained over the Taliban in recent years.

Iran’s growing confidence in handling the Taliban had been on display since Al Quds force under Qasem Soleimani took interest in building ties with the Taliban. The Iranian initiative was a bold one as Iran overcame past bitterness with the Taliban. In August 1998, Taliban forces attacked the Iranian consulate in Mazar-i-Sharif and killed 10 Iranian diplomats and a correspondent of IRNA, Iranian News Agency. Iran, at the time, supported the anti-Taliban Northern Alliance that operated mainly out of the Panjshir Valley under the leadership of Ahmad Shah Massoud. However, this time around Iran is not in an axis with India, Russia and Tajikistan in dealing with the Taliban which made the Tehran-Taliban harmony possible. Ambassador Ahmad pointed out that Iran’s Quds Force under the leadership of Esmail Qaani has been building stronger links with the Taliban which has been a cause of concern for Saudi Arabia. Qaani succeeded General Soleimani after his assassination on January 3, 2020.

Apart from hosting the Taliban leaders repeatedly in the past, Iran has already shown its goodwill to the Taliban by resuming export of energy to Afghanistan, which is yet to form a formal government. Iranian moves and the Saudi-Pakistan initiatives point to the rivalry between the two regional blocks, said Mr. Ahmad. “The United States was a power to reckon with as long as it was in Afghanistan. It kept every aspiring regional player under control. The Iranian and Saudi moves on Afghanistan indeed are the real indicators of the shape of the future of Afghanistan,” said Ambasssador Ahmad.