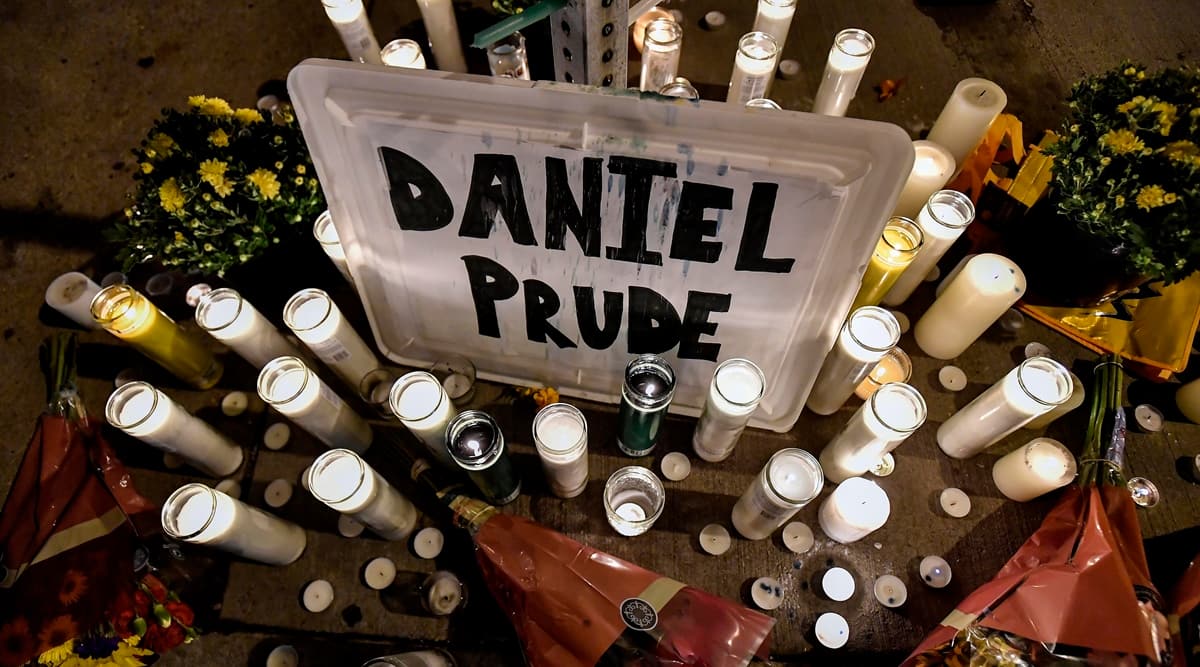 Police officers who put a hood over the head of a mentally distraught Black man, then pressed his body against the pavement until he stopped breathing will not face criminal charges after a grand jury declined to indict them, New York’s attorney general announced Tuesday.

Attorney General Letitia James, whose office took over the investigation, said her office had “presented the strongest case possible” to the grand jury, but couldn’t persuade it that the officers had committed a crime.

“I know that the Prude family, the Rochester community and communities across the country will rightfully be disappointed by this outcome,” said James, who traveled to Rochester to announce the grand jury’s decision at a church near where Prude was fatally injured.

She said she was bound to respect the grand jury’s decision, but she also condemned a system that she said had “frustrated efforts to hold law enforcement officers accountable for the unjustified killing of African Americans.”

“What binds these cases is a tragic loss of life in circumstances in which the death could have been avoided,” said James, who, like the mayor of Rochester and the city’s current and former police chiefs, is Black.

“One recognizes the influences of race, from the slave codes to Jim Crow, to lynching, to the war on crime, to the overincarceration of people of color: Eric Garner, Tamir Rice, Breonna Taylor, George Floyd. And now Daniel Prude,” she said.

Lawyers for the seven police officers suspended over Prude’s death have said the officers were strictly following their training that night, employing a restraining technique known as “segmenting.” They claimed Prude’s use of PCP, which caused irrational behavior, was “the root cause” of his death.

Calls were made to the officers’ attorneys. Matthew Rich, who represents four officers, said “we’re still taking it in” and that the attorneys would speak to the press later.

Hundreds of protesters gathered Tuesday evening on the street where Prude was detained.

The March 23 video of Prude’s fatal encounter with officers was initially withheld by police in part because of concerns it would inflame street demonstrations occurring nationwide over George Floyd’s death.

Ultimately released Sept. 4, it showed officers placing a mesh bag over Prude’s head to stop him from spitting after they detained him for running naked through the streets. Prude had been evaluated at a hospital for odd behavior a day earlier, but he wasn’t admitted. His family called police because they were concerned about Prude’s safety after he bolted from the house.

One officer pushed Prude’s face against the ground, while another officer pressed a knee to his back. The officers held him down for about two minutes until he fell unconscious. He was taken off life support a week later.

“The system failed Daniel Prude again,” Prude family lawyer Elliot Shields said of the grand jury’s decision. ”It failed him on March 22 when he was released from the hospital. It failed him on the night of March 23 when the police used deadly force against him. And it failed him again today.”

The Rochester police union said in a statement it would not immediately comment.

The grand jury decision isn’t likely to end scrutiny of the Rochester Police Department, which has been heavily criticized over the past year over numerous incidents involving allegations of excessive force.

James, a Democrat, said that in addition to meeting with Prude’s brother, she wanted to speak with a 9-year-old girl who was recently pepper sprayed by city police officers responding to a family dispute.

The department has also been criticized for rough treatment of protesters last summer.

The U.S. Justice Department planned to review the attorney general’s findings, according to a joint statement from its Civil Rights Division, the U.S. attorney in western New York and the FBI.

“This is just another slap in the face,” said Johnson, noting that Tuesday was the anniversary of the death of Ahmaud Arbery, a Black man who was chased and shot by armed men in Brunswick, Georgia, one year ago.

James said that for the sake of public transparency, she had asked a judge to unseal some records related to the grand jury proceeding.

She also issued a report recommending, among other things, that officers be trained to recognize the symptoms of excited delirium syndrome, which can make people vulnerable to cardiac arrest. The medical examiner and the attorney general’s expert both concluded that Prude was in a state of excited delirium because of his drug use.

The attorney general also called for communities to minimize or eliminate police responses to mental health calls and to find alternatives to the type of “spit sock” officers placed over Prude’s head. She said the mesh hood clearly added to Prude’s stress and agitation.

A police-practices expert hired by the attorney general found some of the officers’ actions, including the “segmenting” tactic, were reasonable — but the expert said keeping Prude on his stomach for three minutes, including nearly a minute after he’d apparently vomited, “was unnecessary, unreasonable, and against accepted police practice,” James’ office said in a report.

The county medical examiner listed the manner of death as homicide caused by “complications of asphyxia in the setting of physical restraint” and cited PCP as a contributing factor.

Rochester’s mayor, Lovely Warren, who fired police chief La’Ron Singletary over his handling of the Prude case, called the grand jury decision “hard for many of us to understand.”

“There are no words that can comfort a family who has lost their loved one in this tragic way,” she said. “Our actions going forward will ensure that Daniel Prude’s death was not in vain.”

Some activists said that they never expected the officers to face charges.

“Historically, we can see when Black and brown people are killed across this nation, most times there is no indictment. However, it isn’t any less offensive, any less hurtful, any less painful,” said Ashley Gantt of Rochester, as she headed to protest the decision. “I’m disgusted.”