Japan ranks second to last in gay and transgender rights among the nearly 40 wealthy nations in the Organization for Economic Cooperation and Development. When Fumino Sugiyama, then a fencer for the Japan women’s national team, decided to come out to one of his coaches as a transgender man, he was not sure what to expect.

What followed shocked him in its brutality.

“You’ve just never had sex with a real man,” the coach responded, and then offered to perform the deed himself, according to a letter that Sugiyama wrote last fall to Thomas Bach, president of the International Olympic Committee.

Sugiyama, 39, who is now an activist, wanted to give Bach an unvarnished picture of the deeply entrenched discrimination in Japan, particularly in the rigid world of sports. He also hoped Bach would lobby the Japanese government on a bill protecting gay and transgender rights. Doing so, Sugiyama wrote, could shield “the next generation of athletes from what I experienced.”

But now, with the Tokyo Olympics less than two months away, hopes for the bill are running out. While a bipartisan committee advanced a draft of the measure, even its modest goal of labeling discrimination “unacceptable” has proved too much for conservative lawmakers, who have blocked consideration of the bill by the full Parliament. 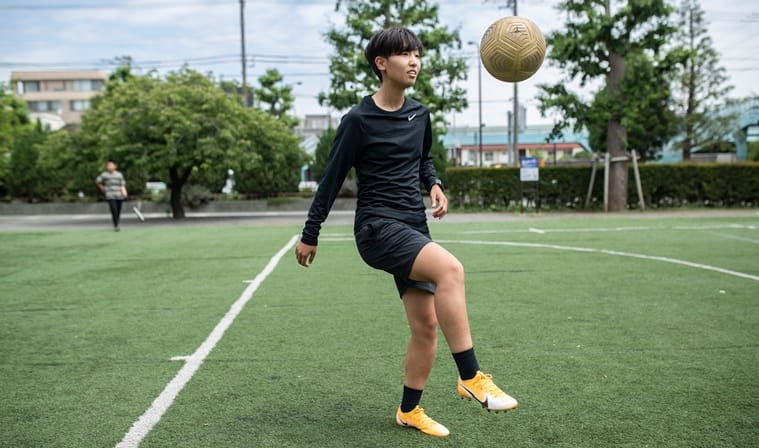 What was supposed to be a first step toward equality has instead revealed once again the strong opposition to LGBTQ rights from traditional family-values politicians in the governing Liberal Democratic Party. One member, during discussion of the measure, said that gay and transgender people “go against the preservation of the species.” Another said it was “absurd” that transgender women were “demanding” to use women’s bathrooms or were winning track and field medals.

The reaction shows just how far Japan has to go to fulfill one of the principles of the Olympic Charter: that discrimination of any kind must be eliminated.

Japan ranks second to last in gay and transgender rights among the nearly 40 wealthy nations in the Organization for Economic Cooperation and Development. It is the only member of the Group of 7 industrial powers that has not legalized same-sex unions. And no athletes scheduled to compete for Japan at the games have come out as gay or transgender, choosing instead to remain closeted, advocates say, because of fear of a backlash from fans or sponsors.

“It is very embarrassing,” said Kyoko Raita, a member of the Tokyo 2020 organizing committee’s executive board and a professor of sports history at Chukyo University.

For now, Olympic organizers say they are focused on the all-consuming task of staging a safe games as Japan struggles to control the spread of the coronavirus.

Still, after advocates of gender equality helped dislodge the president of the Tokyo Olympic organizing committee in February for making sexist remarks, gay and transgender rights activists believed they had a good chance of galvanizing political action as well.

The bill’s sponsor in the governing party, Tomomi Inada, a former defense minister, said in a video posted on Twitter that she would not give up until the current parliamentary session ended in mid-June.

“With this Olympic opportunity, let’s try to create this law,” Inada said in an interview. “If we miss this opportunity, it will be difficult.” 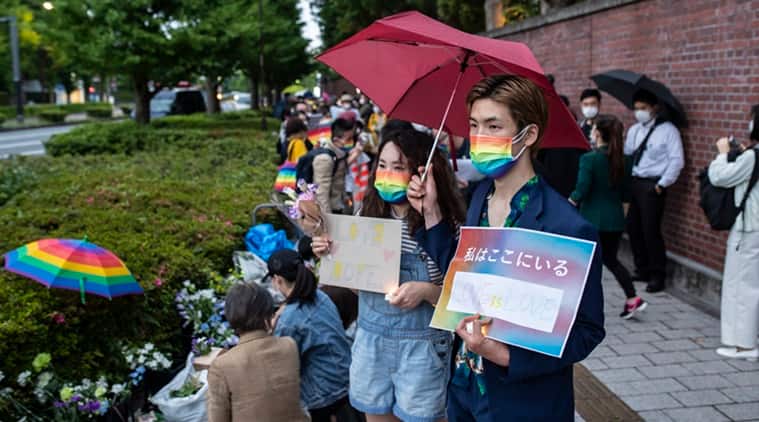 Even if it ekes through, some activists say, the bill is too watered down to have much effect. The measure stops short of prohibiting bias altogether in a society where gay and transgender people are often afraid to disclose their sexuality or gender identity.

“I really think the bill has no meaning,” said Shiho Shimoyamada, one of a tiny handful of elite athletes in Japan who have publicly come out as gay.

“If people say, ‘I understand what it means to be LGTBQ, but it’s a problem for the team,’ there is no one who can judge these discriminatory practices” as illegal, said Shimoyamada, 26, a club soccer player who played professionally in Germany for two years.

She said Japan’s sporting community was particularly inflexible and intolerant, hampered by traditional expectations of femininity and masculinity. According to a survey by the Japan Sport Association, more than 40% of athletes who identify as gay, bisexual or transgender said they had heard someone make discriminatory remarks.

Airi Murakami, 31, a former women’s national rugby team member who came out as gay in April, said she had been bullied as a high school basketball player for dating a fellow teammate. For years, she struggled with feelings of guilt and shame.

“Voicing that you are part of the LGBTQ community” is difficult, Murakami said.

As hard as being openly gay may be in Japan’s conformist society, in some ways public attitudes have evolved more quickly than those of the country’s political leaders.

Close to two-thirds of those surveyed by researchers at Hiroshima Shudo University in 2019 supported marriage equality, up from just over half four years earlier. Nearly 90% supported laws banning discrimination against gay and transgender people.

There has been movement in the courts, too. This year, a district court in Sapporo ruled that the country’s failure to recognize same-sex marriages was unconstitutional.

In some respects, Japan has long had a fluid concept of gender and sexual orientation. Gay social life thrives in a large nightlife district in the Shinjuku neighborhood of Tokyo, and Japan has a celebrated tradition of cross-gender performing art forms like Takarazuka, Noh and Kabuki.

But such cultural acceptance does not always translate into political support for equal rights. “To insist on politicized sexual identity is grating to the ears of people who are more conservative,” said Jennifer Robertson, a professor emerita of anthropology at the University of Michigan who grew up in Japan. “They may have a friend who has sex with a same-sex partner, but they are not wanting them to be mainstreamed.”

Olympic officials explicitly banned discrimination on the basis of sexual orientation shortly after Tokyo won its Olympic bid seven years ago, in response to an anti-gay law passed in Russia before the 2014 Sochi Winter Games.

Critics say the IOC acted too late — the clause was not added until after the Sochi Games — and doubt that the Olympics’ visibility will help much in Japan, either.

“It is a false hope that the Olympics will bring more equality to the hosting nation,” said Satoko Itani, an associate professor of sports, gender and sexuality at Kansai University. (As in Japan, conservatives in South Korea, which hosted the Winter Olympics in 2018, have blocked legislation to protect sexual minorities).

In Japan, the Olympic organizers have offered only moderate support for gay and transgender rights.

In one of Seiko Hashimoto’s first acts after becoming president of the Tokyo organizing committee, she visited Pride House Tokyo, a center set up to support the gay and transgender community during the Olympics and beyond. (Her predecessor, Yoshiro Mori, never visited.)

A more concerted push may come from the corporate community. A group of global companies signed a letter in support of the gay and transgender rights bill, including Olympic marketing partners like Coca-Cola and Intel.

Moriaki Kida, chief executive of the consulting company EY Japan, said that even if the current bill did not sufficiently expand LGBTQ rights, it would be a good start. Just to see Japan’s governing party discussing gender diversity, he added, is something “which I would have never imagined 10 years ago.”