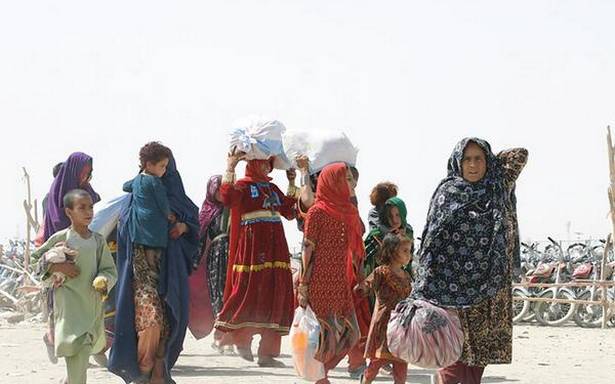 The over 200 Afghan nationals deported from Pakistan included women and children, according to a media report

Pakistan has deported over 200 Afghan nationals, including women and children, after the Taliban took control of Afghanistan, according to a media report on September 8.

They crossed into Pakistan from different points and reached Chaman and stayed at a railway station there for a few days, but the authorities of the border town did not allow them to stay further there, the Dawn newspaper reported.

Subsequently, the Afghan nationals belonging to Kunduz Province managed to reach Quetta two days ago and chose a place in Baleli, a locality in the outskirts of the provincial capital. However, the authorities there also did not allow them to stay in Quetta. They took the them into custody and sent them back to their country via Chaman on September 7, the report said.

The over 200 Afghan nationals included women and children, it said.

“These Afghan families were deported to Afghanistan as they entered Pakistan illegally,” Quetta Division Commissioner Sohail-ur-Rehman Baloch was quoted as saying by the report.

Until the government gave permission for their stay, all Afghan nationals entering Pakistan illegally would be sent back, he added.

Pakistan is not allowing Afghan citizens to enter the country without legal documents, including visa.

However, some Afghan families have reportedly entered Noshki district from Helmand Province of Afghanistan.

Pakistan, which already has about 3 million Afghans staying in the country, has recently said that it is not in a position to accept more refugees.