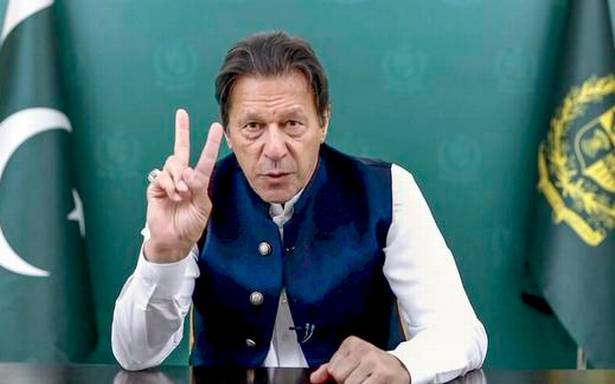 There were reports that the Afghan Taliban had set free some dreaded TTP militants, including its leading commander Maulvi Faqir Mohammad, after taking over the war-torn country in August

Pakistan Prime Minister Imran Khan has said his government is in talks with some groups of the banned Tehreek-i-Taliban Pakistan (TTP) for "reconciliation" with the help of the Taliban in Afghanistan.

The TTP, commonly known as Pakistani Taliban, is a banned militant group based along the Afghan-Pakistan border. It has carried out a number of major terror attacks across Pakistan and reportedly been using Afghan soil to plot terrorist attacks in this country.

There were reports that the Afghan Taliban had set free some dreaded TTP militants, including its leading commander Maulvi Faqir Mohammad, after taking over the war-torn country in August.

In an interview to Turkish government-owned TRT World news channel, Mr. Khan said there are different groups which form the TTP and some of them want to talk to the Pakistan government for peace, the Dawn News reported on October 1.

"So, we are in talks with them. It’s a reconciliation process," the Prime Minister said.

When asked if the government was asking the militants to lay down arms, Mr. Khan said, "Yes, we forgive them and they become normal citizens." To a question on why the TTP was conducting attacks on Pakistan’s security forces when they were in talks with the government, he said it was just a "spate of attacks".

"We might not reach some sort of conclusion or settlement in the end but we are talking," Mr. Khan added.

Responding to another query on whether the Afghan Taliban were acting as mediators between the TTP and Pakistan, the premier said: "Since the talks were taking place in Afghanistan, so in that sense, yes." The Taliban swept across Afghanistan in August, seizing control of almost all key towns and cities in the backdrop of withdrawal of the U.S. forces that began on May 1. On August 15, the capital city of Kabul fell to the insurgents. The Taliban claimed victory over opposition forces in the last holdout province of Panjshir on September 6, completing their takeover of Afghanistan three weeks after capturing Kabul.

The Taliban have put in place a hardline interim 33-member Cabinet that has no women and includes U.N.-designated terrorists. The Taliban last ruled Afghanistan from 1996 to 2001.

Earlier in September, President Arif Alvi had suggested that the Pakistani government could consider giving an amnesty to those members of the TTP who had not remained involved in "criminal activities" and who laid down their weapons and agreed to adhere to the Pakistani Constitution.

Such an amnesty could be one of the ways to "establish peace", the President had said.