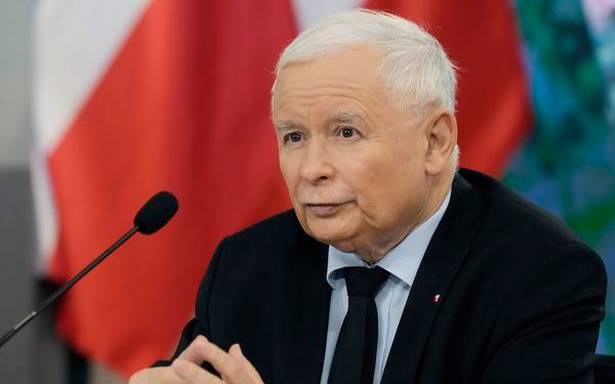 Poland’s powerful ruling party leader admitted that the country bought Israeli spyware but dismissed claims it was used against the opposition in extracts from an interview published on Friday.

Allegations about the use of Pegasus software have rocked Poland in recent weeks in a scandal that has drawn comparisons to the Watergate investigation that led to U.S. president Richard Nixon’s resignation in 1974.

Pegasus can turn smartphones into pocket spying devices, allowing the user to read the target’s messages, track their location, and even turn on their camera and microphone without their knowledge.

"It would be bad if Polish services did not have this type of tool," Jaroslaw Kaczynski, who heads up the Law and Justice (PiS) party and is also a deputy prime minister, told the Sieci weekly.

Asked about claims that Poland had used the Pegasus eavesdropping software on government opponents, Kaczynski said the programme was "used by services fighting crime and corruption in many countries".

In the interview, which is due to be published in full on Monday, Kaczynski emphasised that any use of such methods was "always under the control of the court and the prosecutor’s office".

"In Poland, the surveillance system for such activities is one of the strictest in Europe," he said, without elaborating.

He dismissed opposition accusations as "much ado about nothing".

Citizen Lab, a cyber security watchdog based in Canada, has said that Pegasus was used against three opposition figures including Krzysztof Brejza, a senator for the Civic Platform party when he was co-ordinating its 2019 election campaign.

John Scott-Railton, a senior researcher at Citizen Lab, told AFP earlier that the detected uses of Pegasus were only "the tip of the iceberg" and said its use pointed to "an authoritarian slide" in Poland.

Brejza has said the use of Pegasus may have influenced the result of the vote, which was won by the populist Law and Justice party.

But Kaczynski said the opposition "lost because they lost".

"No Pegasus, no services, no secretly obtained information of any kind played any role in the 2019 election campaign," he said.

The NSO Group, the Israeli owner of Pegasus, told AFP earlier that it was sold "only to legitimate law enforcement agencies who use these systems under warrants to fight criminals, terrorists and corruption."

But John Scott-Railton, a senior researcher at Citizen Lab, told AFP earlier that the detected uses of Pegasus in Poland were only "the tip of the iceberg" and said its use pointed to "an authoritarian slide" in the country.