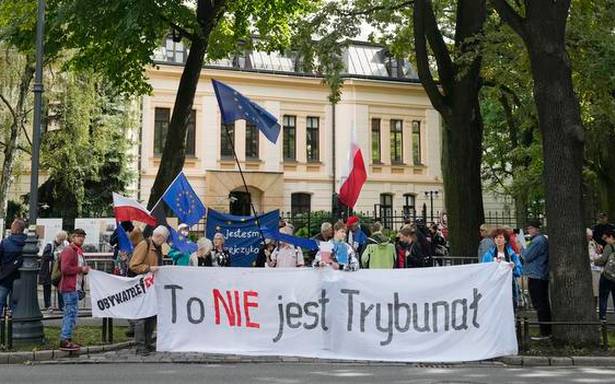 Poland’s constitutional court on Wednesday resumed proceedings in a key case over whether Polish or European Union law has primacy in the EU member country.

The ruling of the Constitutional Tribunal, when it eventually comes, is expected to define Poland’s future relationship with the 27-member bloc.

The court opened the cases on a motion earlier this year from Polish Prime Minister Mateusz Morawiecki. He asked for the review after the Court of Justice of the European Union ruled that EU law takes precedence over Poland’s supreme law, the Constitution.

That ruling came amid a larger dispute over deep changes to the Polish court system, initiated by the ruling Law and Justice party, which the EU views as an erosion of democratic checks and balances.

The Constitutional Tribunal itself is seen by the EU as illegitimate due to the political influence of Poland’s conservative, nationalist ruling party on the appointment of some of its judges, many of whom are government loyalists.

Poland’s government insists that the justice system and the judiciary are in the sole competence of EU member states and not the EU.

The tribunal’s proceedings started in July and then were repeatedly postponed.