Marty Bluewater, 72, is the only person to have a lifetime tenancy on the roughly 370-acre, 2-mile-long island. 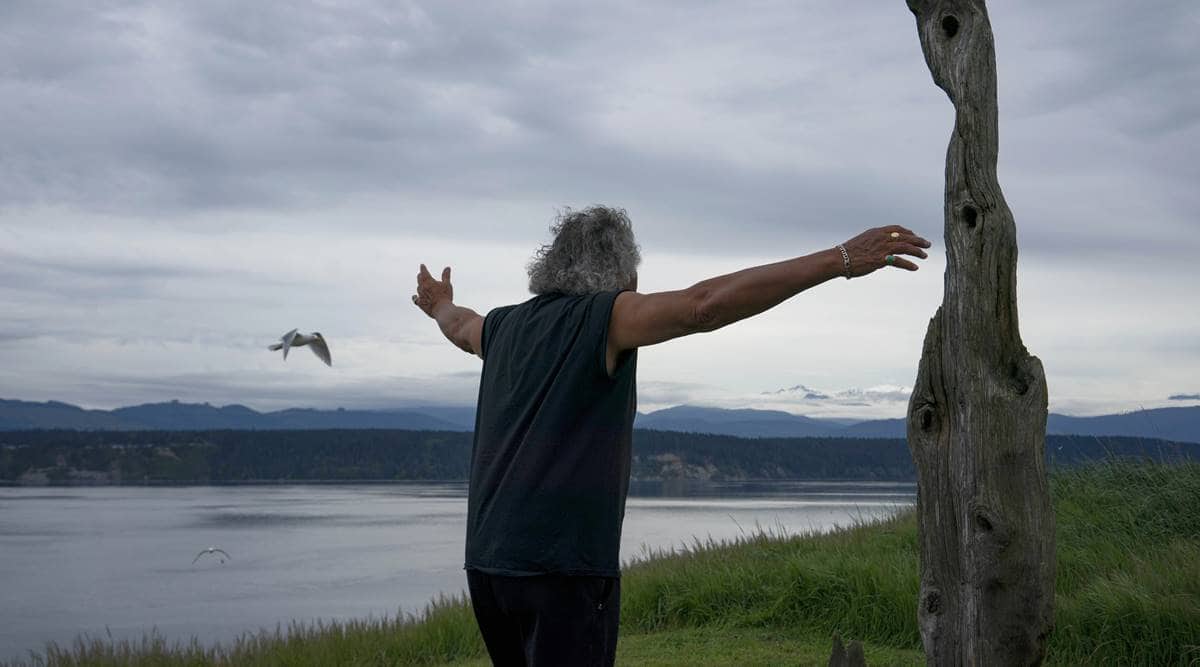 From their perch atop a dead tree on the edge of a cliff, a pair of bald eagles enjoyed a panoramic view of a small island in the Strait of Juan de Fuca, off the coast of Washington state. Far below, seated on a bench surrounded by tall, swaying grasses, the island’s lone human resident, Marty Bluewater, watched them through binoculars.

For the past 50 years, Protection Island National Wildlife Refuge has been his touchstone. He has accumulated a lifetime of memories here, welcoming six deer who swam over from the mainland and have grown to a small herd, hosting five pairs of nesting swallows in his eaves every spring, and celebrating two weddings — one his own.

Bluewater, 72, is the only person to have a lifetime tenancy on the roughly 370-acre, 2-mile-long island. In the 1970s, developers envisioned it as a beach community with an airstrip and a marina. They flew prospective buyers over in small airplanes. The pilots doubled as salesmen, driving people around to select their lots. Several hundred were sold. 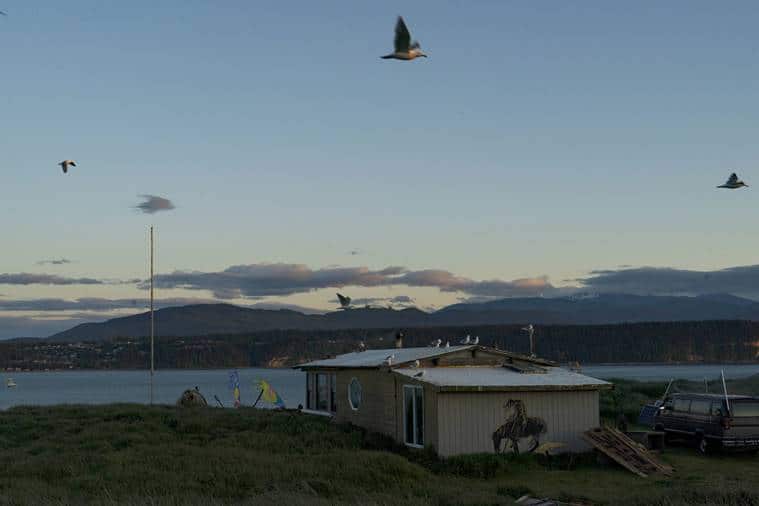 “They flew us there, gave us hot dogs and sold us this island dream,” he said. “You just feel how special that place is. It sits in one of these little magical vortexes on the planet.”

By 1973, using materials hauled from the mainland by boat, he began construction of a small, rustic cabin with a view of the Olympic Mountains to the west and Discovery Bay to the south.

But not everyone bought into the island dream. The Nature Conservancy and other environmental groups fought the development, concerned it would destroy the habitat of nesting seabirds like rhinoceros auklets, which burrow into the steep cliffs to lay their eggs, and glaucous-winged gulls. Bluewater agreed that the island should be protected, but he also wanted to keep his property. He and a group of other owners battled it out.

During public hearings in the early 1980s, Bluewater testified, “With regard to the future of the island, I have two major concerns. First, that the island always remain the special place that it now is, and secondly, that my rights as a property owner are not lost. I believe that both of those things are possible.” The conservationists prevailed, and in 1982, Protection Island was designated a National Wildlife Refuge. The landowners were offered buyouts, and the handful of those who had already built homes were offered residencies for 15 years, 25 years or lifetime use. Bluewater was the only one who chose the lifelong option.

The island is now closed to the public, and boats without special permission must stay 200 feet away from the shore.

“There is no island between here and Alaska that even begins to resemble Protection Island,” Bluewater said. “Developing it would not be the right thing to do with such a small and fragile place, but for me it worked out like I could never dream in a million years.”

Over 50 years, and with help from friends, Bluewater has gradually improved his cabin — one of six remaining buildings on the island. A wood-burning stove, fueled with driftwood from the beach, provides heat. The cooking stove and water heater run on propane. There is no electricity.

Bluewater ferries supplies to the small marina maintained by the U.S. Fish and Wildlife Service, which also manages the island’s few dirt roads. His old Dodge van brings provisions up the steep and bumpy dirt road to his cabin, about a mile from the marina, as eagles soar overhead and harbor and elephant seals loll on the beach. Playful otters dive in the waves and resurface on the rocky shore. The screeching of gulls provides background noise many months of the year.

The solitude does not bother him. Friends visit frequently enough that he welcomes his time alone.

“You feel a million miles away, but within 20 minutes I can be in my car and in downtown Port Townsend,” he said. Photographing wildlife on long walks around the perimeter is a favorite pastime.

Over the decades, his career and relationships determined the amount of time he was able to spend there. He worked for Seattle Parks and the Woodland Park Zoo for years before retiring as CEO from the United Indians of All Tribes Foundation in 2010. Bluewater, an avid traveler, now divides his time between the island, road trips in his RV, travels abroad and boating in the San Juan Islands to the north.

He is still working on the cabin — he plans to install solar panels so that he can stay there for longer stretches. In the early years, even making a phone call was impossible, but now cell service, e-books and streaming entertainment have relieved much of the burden of carting things back and forth by boat.

Bluewater has watched life ebb and flow on the island. He has seen the eagle population rebound from near extinction — their numbers across the United States have quadrupled just since 2009, according to a recent government report — and watched the decline of gulls and starfish at the same time, a prospect that alarms him.

“For 50 years, there were eagles that would come and go, and it wasn’t a problem,” Bluewater said. “Now there are so many eagles that there is not a natural balance, and they have this unlimited feeding killing field over there and can easily decimate that priceless resource. They already chased away the cormorants, they couldn’t fledge any young. I really miss them. Much as we love eagles, something has to be done.”

The factors that have contributed to the seabird population decline are complex. In an email, Brent Lawrence, a spokesman for the Fish and Wildlife Service, said that the number of gulls declined with the closure of landfills in the Puget Sound area, but that the number of seabirds using the island appeared stable over the past decade.

Jim Hayward, a biology professor at Andrews University in Michigan, has spent more than 30 field seasons on Protection Island, studying the gulls, eagles and the vegetation.

“The eagles are a real threat to the seabirds,” he said. “The gulls seem to be a prime target. Especially the chicks. They are small and like popcorn.”

Hayward noted that the gull population skyrocketed because of access to human refuse when the number of predatory eagles was low. Now the eagles have rebounded, but their traditional food source, fish, has diminished significantly. They had to find food somewhere, so seabirds became a major part of their diet.

“There are winners and losers always in these scenarios,” he said.

For Bluewater, it is a loss that is hard to take.

“That’s the whole reason that people got their hearts broken and got kicked off — because of the birds,” Bluewater said. “You can’t let the eagles destroy this priceless seabird sanctuary. That’s what I can hopefully dedicate some of my last few years to.”

He does not mind that he cannot pass his property on, but he worries about the island and the species that rely on it. He plans to create a foundation to provide oversight and support the Fish and Wildlife Service, to ensure Protection Island stays pristine and viable for future generations.

Bluewater knows that at some point he will be too old to visit the island. But, he said, “As long as I can crawl up that hill, I’m going to keep doing it.”