It remains unclear whether Sputnik V, the world’s first registered vaccine, is the medical breakthrough proclaimed last summer by President Vladimir Putin of Russia, but it has already proved itself to be remarkably effective in spreading disarray and division in Europe. 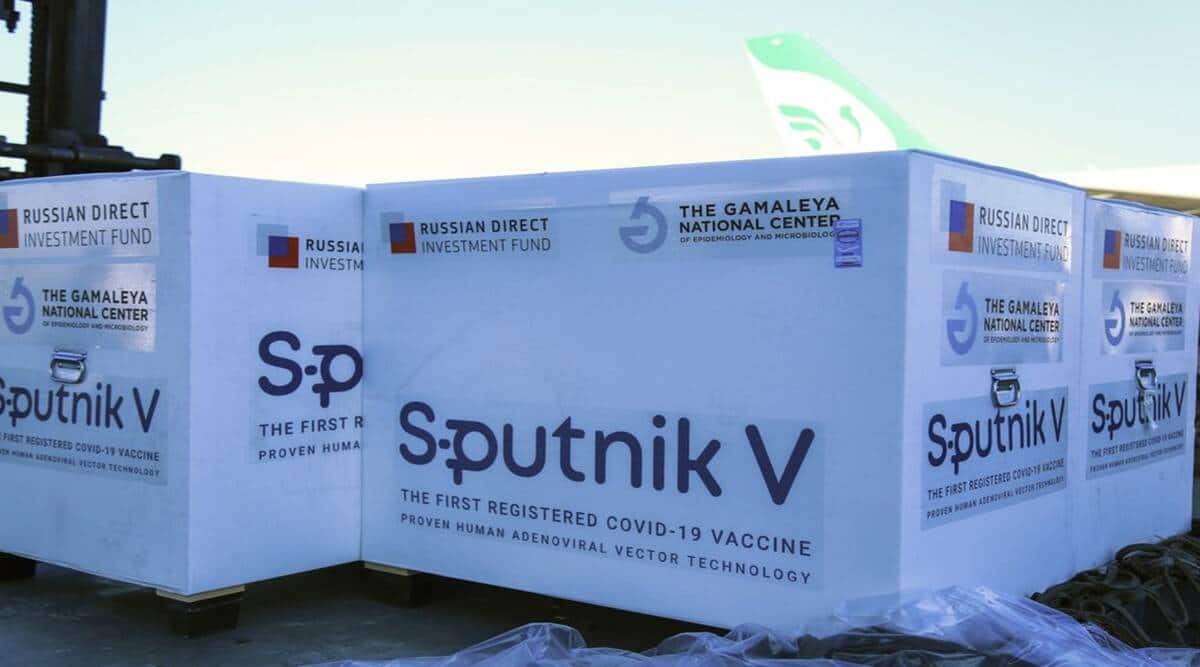 When Slovakia’s prime minister welcomed a military aircraft carrying 200,000 doses of the Sputnik V vaccine from Russia in March, he posed proudly for photographs on the tarmac in front of crates stuffed with what he expected to be his country’s medical salvation.

Slovakia at the time had the world’s highest per capita death rate from COVID-19, and the arrival of the Russian vaccine offered a rare glimmer of hope. For Russia it offered big benefits, too: a small but symbolically important new market for its product in the European Union, which has so far declined to register the vaccine and urged member states to hold off on orders until approval is granted.

But the effort by the Slovakian leader, Igor Matovic, soon blew up in his face, costing him his job and almost toppling the whole government — just three months after it adopted a new security strategy rooted in unequivocal support for NATO and wariness of Russia.

The strongly pro-Western Slovak government, torn between its commitment to abide by European rules and desperation for a way out of the health crisis, spasmed in crisis for weeks.

It remains unclear whether Sputnik V, the world’s first registered vaccine, is the medical breakthrough proclaimed last summer by President Vladimir Putin of Russia, but it has already proved itself to be remarkably effective in spreading disarray and division in Europe.

In France, President Emmanuel Macron talked to Putin recently about possible deliveries of Sputnik, which Macron’s own foreign minister derided as a “propaganda tool.” The Austrian chancellor, Sebastian Kurz, furious that European regulators have been slow in approving Sputnik, has clashed with Germany’s leader, Angela Merkel, over the bloc’s vaccination program, which so far involves only Western vaccines.

But Slovakia provides the most concrete example of how Russia’s vaccine diplomacy has had side effects that can be highly toxic.

The decision by Matovic, then the Slovakian prime minister, to order 2 million doses of Sputnik V set the country at odds with the European Union and brought one of Eastern Europe’s most stoutly pro-Western governments to the brink of collapse as junior partners in a fractious governing coalition, outraged by the import of Sputnik, defected.

Instead of plaudits, Matovic faced a revolt from his own ministers, who accused him of cutting a deal with Russia behind their backs, breaking ranks with the European bloc and succumbing to what his foreign minister, Ivan Korcok, described as a Russian “tool of hybrid war” that “casts doubt on work with the European Union.”

“I thought people would be thankful for my bringing Sputnik to Slovakia,” Matovic recalled in a recent interview. “Instead we got a political crisis, and I became an enemy of the people.”

Skepticism over Russia’s intentions with its vaccine runs deep across the former communist lands of East and Central Europe.

Prime Minister Ingrida Simonyte of Lithuania said in a tweet in February that Putin offered Sputnik V to the world as a “weapon to divide and rule.” And Poland said it was considering buying Chinese vaccines, despite similar concerns about it, but would definitely not order Sputnik V.


A recent survey by the Globsec research group found that, among those willing to be vaccinated, only 1% of Poles and Romanians and 2% of Lithuanians would choose Sputnik over American and European brands. Even in Hungary, the lone European Union member to start inoculating its citizens with Russia’s product, only 4% want Sputnik V.

But in Slovakia, around 15% of those willing to be vaccinated expressed a preference for the Russian vaccine, offering Moscow an opportunity to break out of the quarantine imposed by deep suspicion elsewhere.

That Russia targeted Slovakia as a place to widen Sputnik’s narrow beachhead in Europe was evident long before Matovic decided to order the vaccine.

Peter Koles, director of the Slovak Security Policy Institute, which tracks Russian disinformation, said this was clear from the shifting message pumped out by a plethora of anti-establishment media outlets in Slovakia that routinely reflect Russia’s take on the world and are skeptical of their own country’s pro-Western government.

For most of last year, before anyone had even produced a vaccine, he said, those outlets railed against vaccination, promoting wild conspiracy theories about plans to inject nano-chips in people and create mutants.

“Suddenly, when Sputnik was announced by Putin, the narrative changed,” Koles said. While still skeptical toward Western vaccines, the pro-Russian media shifted in lock-step from denouncing all vaccination to praising Sputnik V as Slovakia’s savior.

Andrej Danko, a former speaker of the Slovak parliament who is well known for his Russia-friendly views, posted a video on Facebook in January saying that he was ready to help broker a deal with Moscow for the delivery of Sputnik.

His pitch appealed to the generally Russia-friendly sentiments of many ordinary Slovaks, particularly those of an anti-establishment bent.

Martin Smatana, a former Health Ministry official in Bratislava, said he had been amazed by how many of his friends want the Russian vaccine and say, “Screw the system, use Sputnik.”

Matovic, prime minister at the time of Danko’s appeal, said he was well aware that the Russian vaccine had not been authorized for use in Europe, but decided that “the only rule in a pandemic is health and life.”

Matovic said the idea of ordering Sputnik came to him after neighboring Hungary purchased it. He said he contacted Hungary’s prime minister, Viktor Orban, who helped him reach out to Russia, which was eager to cut a deal.

When Matovic took the idea of importing Sputnik to his Cabinet in February he was told to wait until the European Medicines Agency gave a green light.

He pressed on regardless, deciding that while the government as a whole had to follow European rules, his health minister, who has since resigned, had the right to order Sputnik to meet a health emergency.

Martin Klus, secretary of state at the foreign ministry, said he heard about the delivery only a couple of hours before it arrived. “Sputnik is a vaccine that saves lives, but the problem is: How did it get to Slovakia?” he said in an interview.

The uproar after Sputnik’s arrival was fast and furious. To keep his fragile coalition government afloat, Matovic agreed on March 30 to step down as leader and trade jobs with his finance minister, a humiliating demotion.

Russia, Klus said, might not have intended to topple the government but, after years of trying to break European unity over sanctions imposed after the Russian annexation of Crimea in 2014, “to collapse the government would be a very successful story for them.”

In a report this past week, the European Union’s foreign service said that Russia’s drive to promote Sputnik abroad was aimed at “sowing distrust” in Europe’s medicines regulator and stoking divisions.

In response, the Russian state investment agency spearheading Sputnik’s export drive lamented that the vaccine, which it hails as a “vaccine for all mankind,” has fallen victim to “unfortunate daily information attacks.” On Friday, after Brazil raised concerns about Sputnik, complaining of inadequate data, the vaccine’s developer in Moscow, the Gamaleya Institute, issued an angry statement complaining that “unethical forces continuously attack the Sputnik V vaccine for competitive and political reasons.”

The testy arguments in Slovakia over the vaccine reached a peak in April when the country’s drug regulatory agency claimed that Matovic had fallen for a Russian bait-and-switch. It said the vaccine doses sent to Slovakia at a cost of around $2 million differed from the Sputnik V reviewed favorably in a peer-reviewed February article in The Lancet, a respected British medical journal.

The Slovak claim, denounced by Moscow as “sabotage,” cast doubt on Sputnik’s main selling point: a proven efficacy rate of over 90% against COVID-19. The Lancet gave the vaccine 91.6% efficacy in February, and Russian scientists have since claimed a “real world” rate 97.6%.

But the main issue with Sputnik has never been whether it works — most experts believe it does — but Russia’s repeated failure to follow procedure and provide all the data needed by foreign regulators to assess safety. Slovakia’s regulator made its damning statement not because it had discovered any specific problems with Sputnik but “due to the lack of data from the manufacturer, inconsistencies in dosage forms and inability to compare the batches used in different studies and countries.”

The 200,000 doses that Russia delivered in March were still all unused at a pharmaceutical company in eastern Slovakia as of last week. But Matovic said Russia had already returned the money paid by Slovakia.

Pavol Babos, a political analyst in Bratislava, said Matovic was “never pro-Russian” but “very naive.” Desperate for a way to slow the pandemic and lift his own slumping ratings, the prime minister, Babos added, “fell into a trap set by Russian propaganda.”

But Matovic scoffed at accusations that Moscow had played him to promote its own geopolitical agenda. The Russians, he said, “wanted to help, but instead of thanking them we said, ‘You are stupid, and you are cheating people around the world.’”

Most at fault, Matovic said, was the State Institute for Drug Control, which asserted that the Sputnik V batches Russia sent to Slovakia did “not have the same characteristics and properties” as the version V reviewed by The Lancet. This, he said, “was an extremely incorrect political statement.”

Zuzana Batova, the institute’s director, who has received death threats from aggressive Sputnik fans, declined to be interviewed, saying she did not want to pour oil on the fire.

The head of the Biomedical Research Center, which carried out a series of 14 tests in Slovakia on the Russian vaccine, said she had no concerns over whether Sputnik V works but was troubled by Russia’s lack of transparency.

While the potential side effects of the AstraZeneca and Johnson & Johnson vaccines have been documented in detail publicly, the center’s chief, Silvia Pastorekova, said, “We know nothing about Sputnik’s side effects.”

The Russian vaccine, she said, passed all of her team’s tests but failed to win approval from the state regulator because more than three-quarters of the documents required to meet European norms had either not been submitted or were incomplete.

“We are part of the European family and we should accept the rules of the family,” Pastorekova said.