Ivan Golunov is known for practicing investigative journalism and has done stories on corruption on Moscow City Hall, the crime-ridden funeral industry and the questionable food markets. 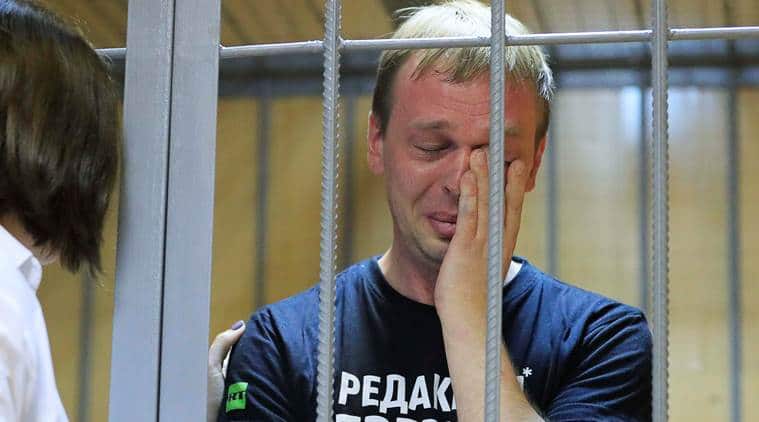 Ivan Golunov – a Russian journalist who was on his way to meet a source for his story last Thursday – was detained by Russian authorities in central Moscow. Reuters quoted his employer, a Latvia-based news portal named Meduza, as saying that officials found illicit drugs in his rucksack. Golunov, however, has asserted that the bag did not belong to him.

Golunov is known for practising investigative journalism and has done stories on alleged corruption in Russian capital’s civic administration.

Dmitry Djulai, Golunov’s lawyer, informed Reuters that he believed police authorities had planted the drugs on his client to frame him, and that Golunov had been manhandled, and added that ‘police had refused to take swabs from his hands or the rucksack or to even take fingernail samples to see if he had been in contact with drugs’.

Associated Press reported that Russia’s three major newspapers Monday put out news articles on their front pages to support Golunov. Kommersant, Vedomosti and RBK, among the most respected daily newspapers in Russia, published a joint editorial under the headline “I am/We are Ivan Golunov,” calling for a transparent probe into the case of the investigative journalist’s detention. 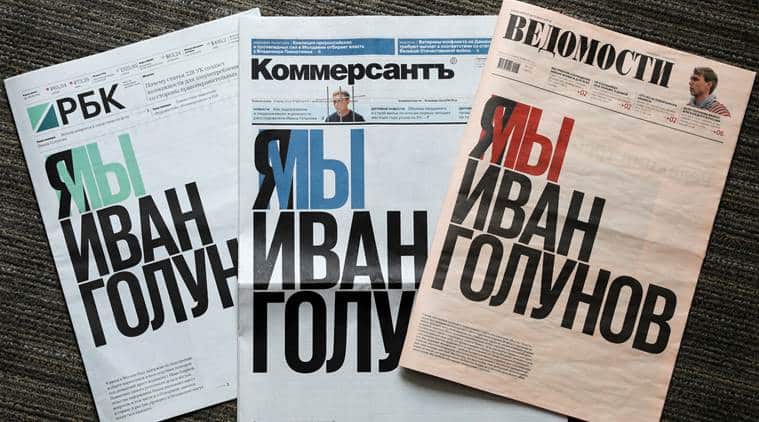 The circumstances of the journalist’s arrest have sent ripples of shock across the Russian media community. In an attempt to portray Golunov as a professional drug dealer, police on Friday released several photos, reportedly from Golunov’s home, of what seems to be a drug laboratory before they retracted the statement, adding that the pictures were taken elsewhere.

Golunov has received threats in the past

Golunov’s claim to fame has been his investigative stories into corruption in the Moscow City Hall, the crime-ridden funeral industry and the questionable food markets. Associated Press quoted Golunov as informing the court that he has previously received threats in the aftermath of his reports on Moscow’s shady funeral business. Meduza’s director general Galina Timchenko stated that Golunov told her in March about the threats after his piece was published.

Timchenko further stated that she had spoken with Golunov about security measures but she could not get Golunov to leave the country.

What has happened so far in the case against Golunov?

A Russian court has rejected the authorities’ request to keep Golunov under custody. BBC reported that the police found the synthetic drug mephedrone in his rucksack and that a subsequent search of his apartment resulted in the recovery of more drugs and some scales – suggesting that he was involved in dealing of illicit substances. Ivan Kolpakov, Meduza’s editor-in-chief, was quoted as saying that he was convinced that Golunov’s detention was work-related.

“I am absolutely 100% convinced that this is linked to Ivan Golunov’s professional activity,” he was quoted as saying.

The investigative journalist is presently placed under two months’ house arrest in Moscow. “I did not commit a crime, I am ready to cooperate with the investigation, I have nothing to do with the drugs,” Golunov was quoted by Russian news agencies as saying. 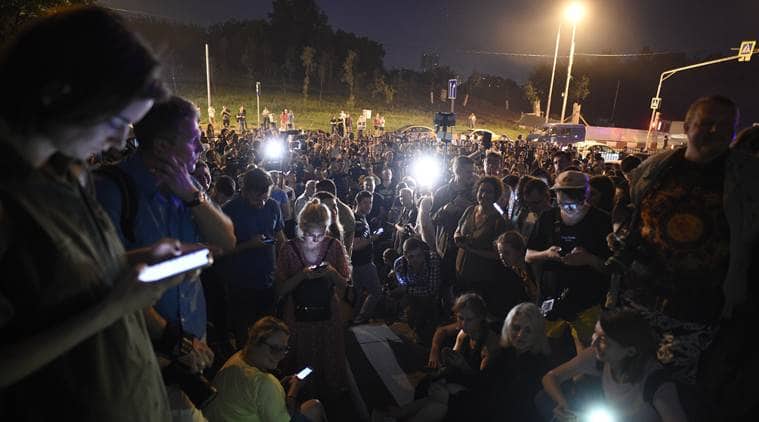 Earlier in the day, Golunov had been taken to hospital after feeling unwell. Interfax news agency cited an unnamed paramedic as saying he had multiple chest abrasions, bruised ribs and suspected head injuries. But the news agency RIA later cited Alexander Myasnikov, chief doctor of the hospital, as saying that an examination had not shown evidence of any serious injuries.

The Kremlin was quoted as saying by Reuters Monday that the detention Golunov on drug dealing charges raised many questions and that it was following the case closely.

“We are closely following how this case unfolds and all its nuances,” Kremlin spokesman Dmitry Peskov told reporters on a conference call. He added the case deserved the “thorough attention of the general prosecutor and other departments inside the (interior) ministry to look at possible violations or the lack of them.”

The US embassy urged Russian authorities to free Golunov and ensure a transparent investigation, Interfax reported. According to the Committee to Protect Journalists (CPJ), a US non-governmental organisation, 58 journalists have been killed in Russia since 1992, of whom 38 were targeted for murder.