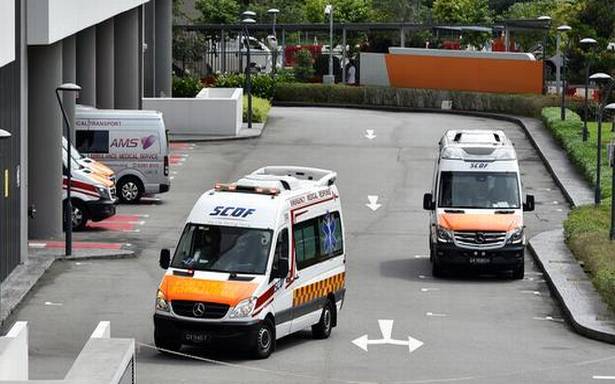 There were also 14 imported cases, who had already been placed on stay-home notice upon arrival in Singapore

Singapore has reported 41 new cases of the coronavirus, taking the total number of infections in the nation to 61,730, a media report said on Friday.

Singapore also reported the death of a 70-year-old person in the last 24 hours due to coronavirus, The Strait Times reported.

“A 70-year-old Singaporean man has died from complications due to COVID-19 infection on Thursday, while 41 new infection cases were reported, including 27 infections in the community (local),” the report said, citing a statement issued by the Ministry of Health (MoH) released on Thursday.

The MOH said the deceased was linked to the Tan Tock Seng Hospital (TTSH) cluster, one of the centres of emerging coronavirus cases.

“This is the second COVID-19 death reported in May. As of Thursday, Singapore’s COVID-19 death toll stands at 32, with the total number of cases at 61,730,” the report said.

Twenty-one of the new community infections reported on Thursday are linked to previous cases, while six are currently unlinked, said MOH.

Among them, 15 cases had already been placed on quarantine earlier.

There were also 14 imported cases, who had already been placed on stay-home notice upon arrival in Singapore.

Two more are work pass holders and arrived from Nepal and the Philippines.