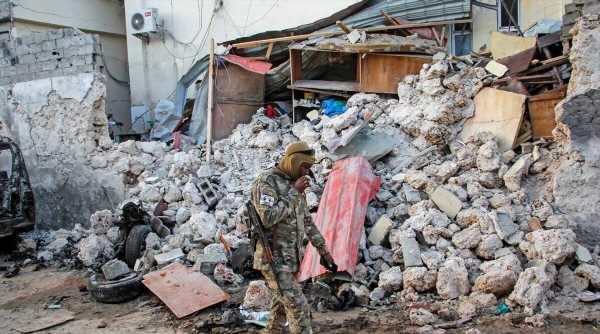 At least nine people have been killed after gunmen stormed the Hotel Afrik. Islamist group al-Shabab has claimed responsibility for the assault through their radio station. 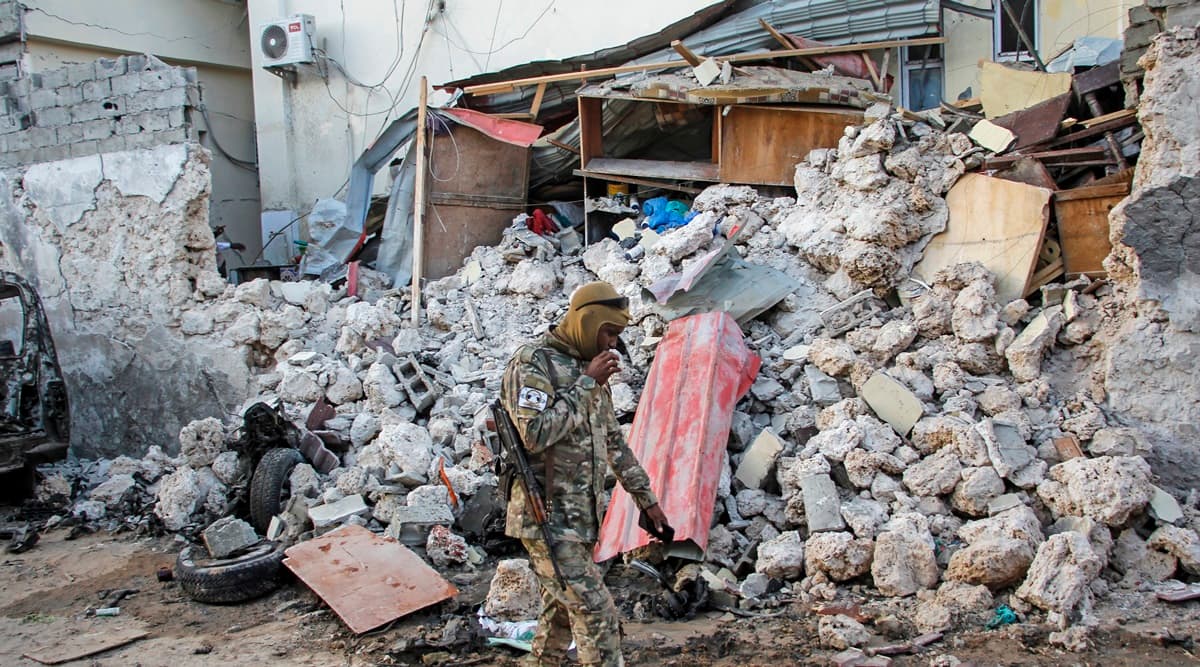 Somali police said the attack on Mogadishu’s Hotel Afrik was brought to an end early Monday after heavy exchanges of gunfire with security forces and an initial car bombing.

Islamist group al-Shabab has claimed responsibility for the assault through their radio station.

Among those killed at the popular hotel was the well-known retired General Mohamed Nur Galal, said Somalia’s Information Ministry. Another general and more than 100 civilians were reportedly rescued during the siege.

Al-Shabab claimed Galal was responsible for the death of former al-Shabab chief Adan Hashi Ayro — who was killed by a US missile attack in 2008.

In the siege aftermath Monday, police officers gave varying death tolls, ranging from at least nine to 17, with four attackers included among those killed. Up to 30 people were injured.

“The operation is over now,” said police spokesman Sadik Ali.

“I have never witnessed such a level of devastation,” said bystander Ali Ato, who said he went to the hotel to recover the body of a colleague.

The attack began Sunday evening with a suicide car bombing at the hotel’s entrance followed by a shootout between al-Shabab militants and security forces. The hotel is located at a busy junction near the Somali capital’s airport.

Somali Prime Minister Hussein Roble condemned “the barbaric attack” and acknowledged the general for his “50-year role in defending the country.”

Since 2008, al-Shabab has sought to overthrow Somalia’s internationally backed central government. Stationed in Somalia is an African Union peacekeeping force, which since 2017 has clawed back control of areas from the extremist group.

Somalia’s federal government and regional states have, however, quarreled over power and resources.

Somalia is scheduled to hold indirect parliamentary and presidential elections on February 8, but two regional states, Jubbaland and Puntland, have objected to how delegates were selected and electoral management bodies appointed.

The Associated Press quoted United Nations special representative James Swan last week as warning officeholders that their use of a resolution to stay on would bring “an unpredictable political situation in a country where we certainly don’t need any more of that.”

A future Somali government faces a number of urgent challenges, including locust swarms that have devastated crops, the COVID-19 pandemic and hundreds of thousands of Somalis still displaced by drought exacerbated by climate change.

Previous premier Hassan Ali Khayre lost his post in July amid a power struggle over whether to delay the national elections.

Galal key figure in Somali turmoil
Galal, who was killed in the hotel attack, commanded Somalia’s armed forces during the 1977 Ogaden War between Somalia and Ethiopia and later served under dictator Mohamed Siad Barre until a popular uprising.

The ouster of Barre in 1991 plunged Somalia into decades of clan warfare followed by the rise of al-Shabab.