On March 4, President Donald Trump announced that the US intended to terminate India's designation as a beneficiary developing country under the GSP programme. 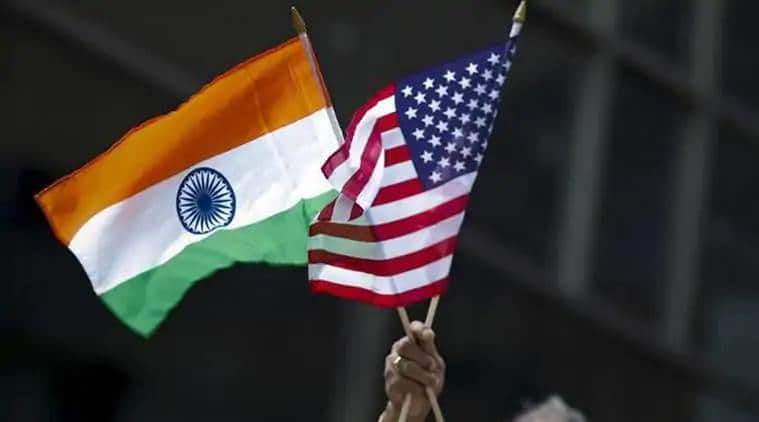 The Trump administration has said it is not going back on its decision to terminate India’s designation as a beneficiary developing nation under the key GSP trade programme, terming the suspension a “done deal”.

The Generalized System of Preference (GSP) is the largest and oldest US trade preference programme and is designed to promote economic development by allowing duty-free entry for thousands of products from designated beneficiary countries.

On March 4, President Donald Trump announced that the US intended to terminate India’s designation as a beneficiary developing country under the GSP programme.

The 60-day notice period ended on May 3. A formal notification is now expected anytime.

The Trump administration has prioritised working with the Government of India to ensure that US companies have a level playing field, a senior State Department official told reporters on Thursday, hours after Narendra Modi was sworn in as Prime Minister for a second time following his spectacular electoral victory in the general elections.

“The persistent market access issues, which we were engaged with our Indian counterparts over the last year, led us to announce in March that we would be suspending or withdrawing India’s benefits under the generalised system of Preferences Program,” said the official who spoke on the condition of anonymity.

“That suspension is a done deal. Now the task is how do we look ahead; how do we work under the second Modi Administration, to identify a path forward?” the official said, reflecting the Trump administration’s decision that the GSP termination is final.

Under the GSP programme, nearly 2,000 products including auto components and textile materials can enter the US duty-free if the beneficiary developing countries meet the eligibility criteria established by Congress.

India was the largest beneficiary of the program in 2017 with USD 5.7 billion in imports to the US given duty-free status and Turkey the fifth largest with USD 1.7 billion in covered imports, according to a Congressional Research Service report issued in January.

“We believe there’s enormous potential to grow our trade relationship and to help stimulate the jobs that Prime Minister Modi is committed to bringing to an overwhelmingly young Indian population.

“We believe that if India is prepared to address policies including data localisation and ecommerce measures, that served to stifle international investment from top tier companies, that we can continue to make significant progress moving forward,” the official said.

Noting that President Trump has already made the announcement regarding his decision to terminate the designation of India as a beneficiary nation under GSP, the official said there was a 60-day notification to Congress.

The official said that does not rule out in the future, being able to achieve the reforms and the market access that the US needs under this programme to restore benefits.

“But I think we need to be looking forward at how do we relaunch an ambitious set of discussions between our trade teams in order to address these outstanding irritants,” the official said, asserting that there is every reason to believe that the GSP suspension will move forward.

Responding to questions, the official reiterated that India needed to address some of its major concerns in particular those related to market access and data localisation.

“Data localisation is a phenomenon that’s been taking place globally where we’ve seen increasing digital protectionism. While we recognise that there are legitimate security and privacy and law enforcement issues related to data protection, we’re looking at nearly eight per cent of India’s GDP, about USD 160 billion is associated with IT firms who depend upon the free flow of data,” the official said.

So, the US does not want to see market access barriers to American firms in India when the Indian companies currently enjoy largely unfettered access to the US markets, the official said.

These issues as well as that surrounding ecommerce will certainly be a topic of conversation with the Indians, the official said.

The senior State Department official said there has been significant growth in the bilateral trade relationship as well as a narrowing of the trade deficit.

The bilateral trade is now at about USD 142 billion. US exports last year increased 28 per cent. The trade deficits for goods and services stands at about USD 24 billion, which is about 11.9 per cent reduction.

“We have also seen strategic Indian investments in aviation, defense, oil and gas. In the the last year, India has imported more than USD 3.3 billion worth of US crude and is contracted to import USD 2 billion worth of liquefied natural gas annually which obviously brings tangible benefits to both our economies and our people,” the official said.

At the same time, the official asserted that the tension remained between the two countries.

“India remains one of the least open major economies in the world. The Trump administration is committed to ensuring free and fair and reciprocal trade. And we’ve prioritised working with the government of India to ensure that US companies have a level playing field,” the official said.