Trump’s vision of the presidency has always leaned to exercising the absolute powers of the chief executive, a writ-large version of the family business he presided over. 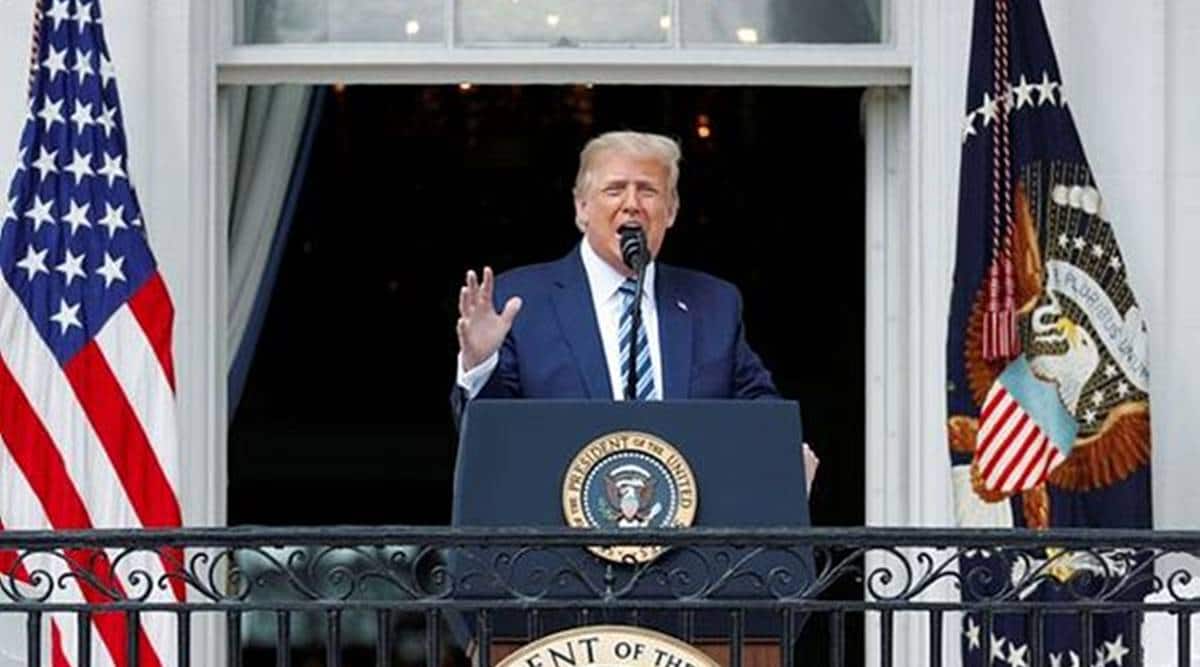 President Donald Trump’s order to his secretary of state to declassify thousands of Hillary Clinton’s emails, along with his insistence that his attorney general issue indictments against Barack Obama and Joe Biden, takes his presidency into new territory — until now, occupied by leaders with names like Putin, Xi and Erdogan.

Trump has long demanded — quite publicly, often on Twitter — that his most senior cabinet members use the power of their office to pursue political enemies. But his appeals this week, as he trailed badly in the polls and was desperate to turn the national conversation away from the coronavirus, were so blatant that one had to look to authoritarian nations to make comparisons.

He took a step even Richard Nixon avoided in his most desperate days: openly ordering direct immediate government action against specific opponents, timed to serve his reelection campaign.

“There is essentially no precedent,” said Jack Goldsmith, who led the Justice Department’s Office of Legal Counsel under President George W. Bush and has written extensively on presidential powers. “We have a norm that developed after Watergate that presidents don’t talk about ongoing investigations, much less interfere with them.”

“It is crazy and it is unprecedented,” said Goldsmith, now a professor at Harvard Law School, “but it’s no different from what he has been saying since the beginning of his presidency. The only thing new is that he has moved from talking about it to seeming to order it.”

Trump’s vision of the presidency has always leaned to exercising the absolute powers of the chief executive, a writ-large version of the family business he presided over. “I have an Article II,” he told young adults last year at a Turning Point USA summit, referring to the section of the Constitution that deals with the president’s powers, “where I have the right to do whatever I want as president, but I don’t even talk about that.”

Now he is talking about it, almost daily. He is making it clear that prosecutions, like vaccines for the coronavirus, are useless to him if they come after Nov. 3. He has declared, without evidence, that there is already plenty of proof that Obama, Biden and Clinton, among others, were fueling the charges that his campaign had links to Russia — what he calls “the Russia hoax.” And he has pressured his secretary of state to agree to release more of Clinton’s emails before the election, reprising a yearslong fixation despite having defeated her four years ago.

Presidential historians say there is no case in modern times where the president has so plainly used his powers to take political opponents off the field — or has been so eager to replicate the behavior of strongmen. “In America, our presidents have generally avoided strongman balcony scenes — that’s for other countries with authoritarian systems,” Michael Beschloss, the presidential historian, wrote on Twitter after Trump returned from the hospital where he received COVID-19 treatment and removed his mask, while still considered contagious, as he saluted from the White House balcony.

Long ago, White House officials learned how to avoid questions about whether the president views his powers as fundamentally more constrained than those of the authoritarians he so often casts in admiring terms, including Vladimir Putin of Russia, Xi Jinping of China and Recep Tayyip Erdogan of Turkey. They have something in common: Trump’s State Department has criticized all three for corrupting the justice systems in their countries to pursue political enemies.

(Russia, the State Department complained in its 2019 Human Rights report, engaged in a “crackdown on political opposition and other critics before and after presidential elections that Vladimir Putin won.” Turkey, it said the same year, has conducted the “arbitrary arrest and detention of tens of thousands of persons, including former opposition members of parliament.” In recent weeks. Secretary of State Mike Pompeo has been particularly outspoken about the state’s use of a new national security law to arrest activists and political opponents of the Chinese Communist Party.)

“We’ve never seen anything like this in an American election campaign,” said R. Nicholas Burns, a former undersecretary of state who is now an informal adviser to Biden. “It reduces our credibility — we look like the countries we condemn for nondemocratic practices before an election.”

“I have worked for nine secretaries of state,” Burns said. “I cannot imagine any of them intervening in an election as blatantly as what we are seeing now. Our tradition is that secretaries of state stay out of elections. If they wanted to release Hillary Clinton’s emails, they could have done it in 2017, 2018 or 2019. It is an abuse of power by Donald Trump and Mike Pompeo.”

Another career diplomat who served as both ambassador to Russia and deputy secretary of state, William J. Burns, said that what Trump had ordered is “exactly the kind of behavior I saw so often in authoritarian regimes in many years as an American diplomat.”

“In dealing with Putin’s Russia or Erdogan’s Turkey, we would have protested and condemned such actions,” he said. “Now it’s our own government that’s engaging in them.

“The result,” said Burns, now the president of the Carnegie Endowment for International Peace, “is the hollowing out of our institutions at home and deep corrosion of our image and influence abroad.”

In the current cases, it is unclear whether Trump will get his wish — or whether his loyal appointees will slow-walk his requests. There is some evidence they are already looking for escape hatches.

Pompeo, the administration’s most conspicuous ideologue, Trump’s most vocal loyalist and a lawyer, was clearly taken aback when the president expressed displeasure, saying he was “not happy” that the State Department had not released emails sent through Clinton’s home server.

“You’re running the State Department, you get them out,” the president told Fox Business in an interview this week. “Forget about the fact that they were classified. Let’s go. Maybe Mike Pompeo finally finds them.”

Pompeo, one of his aides said Saturday, was in a box: The complaint about Clinton’s home server was that she was risking exposing classified emails by not using the State Department email system — a system Russia had already infiltrated — yet Trump was demanding that they be released in full. Just days before, he had announced, over Twitter, that he was using his executive power to declassify all of them, without redactions.

Pompeo clearly understands the problem: Even if he makes all of them public, they are unlikely to satisfy the president. Last year, the State Department’s own inspector general found that while Clinton had risked compromising classified information, she did not systematically or deliberately mishandle her emails.

William Barr may face an even greater challenge in satisfying the president. No attorney general since John Mitchell, who served Nixon and brought conspiracy charges against critics of the Vietnam War, bent the Justice Department more in a president’s direction. And Nixon himself, while urging the IRS to audit political opponents, stopped short of publicly calling for individual prosecutions. Yet in February, Barr told ABC News that Trump “has never asked me to do anything in a criminal case.” At the same time, he complained that the president’s tweets about the Justice Department “make it impossible for me to do my job.”

Now, clearly, the president has asked Barr to act in a criminal case — and not in a quiet phone call. Instead, he did it on Twitter and Fox News, expressing his deep disappointment with his second attorney general, for essentially the same reason he fired his first one, Jeff Sessions: insufficient blind loyalty.