For more than 35 years, since the early 1980s, Thailand was the world's largest rice exporter, capturing the global market with firm varieties of jasmine and white rice. But the country that exports one-fifth of the world’s rice is in trouble: In 2015, India took the top spot. Every day, Chuanchom Deerusamee eats thousands of grains of rice.

Her relationship to the grain goes much deeper than her diet. Over the course of her 16-year career as researcher and rice expert at Chai Nat Rice Research Center in central Thailand, she has worked with and grown tons of the world’s most popular starch in an effort to create the ultimate version.

She never thought a softer variety would be the answer.

For more than 35 years, since the early 1980s, Thailand was the world’s largest rice exporter, capturing the global market with firm varieties of jasmine and white rice. But the country that exports one-fifth of the world’s rice is in trouble: In 2015, India took the top spot. And in the first half of this year, Thailand slipped to No. 3, behind rival exporter Vietnam, whose softer, plumper varieties are increasingly preferred by some of Asia’s biggest rice consumers, from China to the Philippines. Long grains such as those in Thai or Indian rice are generally harder than the shorter grains used in East Asian rice bowls and risotto, or rounder grains used in paella or sushi. 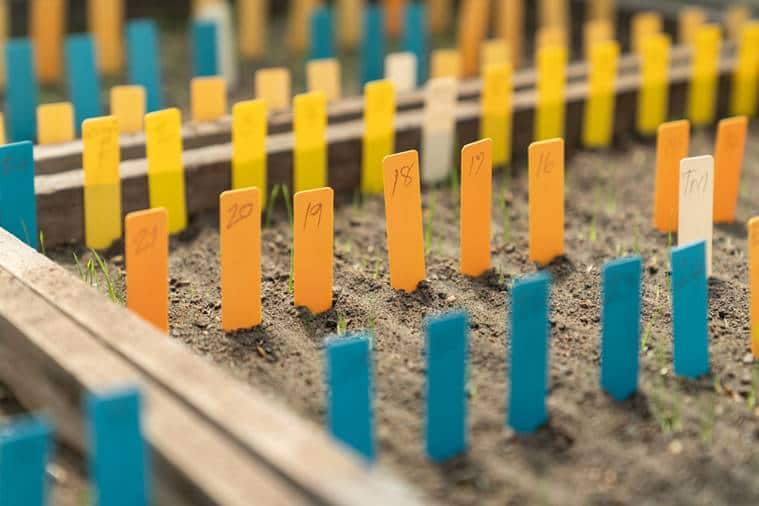 Chuanchom’s product represents the potential future of her country’s rice industry. More than half of the world’s population depend on rice as a daily diet essential. For Thailand, rice isn’t just central to its cuisine, it’s the country’s most important crop. It supports more than 4 million households, with a quarter of Thai households depending on it for income; about half of Thailand’s farmland is dedicated to its production, earning the country the nickname “the Rice Bowl of Asia.” Nearly half of the rice is exported in a $6 billion industry.

The lack of softer varieties is adding pressure to the export sector, which projects this year’s shipments to be the lowest in 20 years after drought and a strong currency made its grains pricier than competitors’. Thai rice exports in 2020 are expected to contract about 14% from the previous a year.

The new rice is called RD79. (RD stands for Rice Department, the state agency was which Chuanchom works.) Chuanchom began working on the strain a decade ago. Ten years is the approximate time it takes to develop a new rice strain, receive government approval, and have farmers start planting it. The industry is now pushing farmers to grow it. “It’s hard to predict the future,” says Chuanchom of the challenges in forecasting what kind of rice the world will demand so far in advance. “So we try to come up with different varieties for as many different scenarios as possible.”

She says that her country’s history of exporting harder grains has made a market for anything different seem inconceivable. “It never came across my mind that there’s a market for softer rice until we started seeing other countries selling more.” RD79 is one of 12 varieties she had been working on.

Sanit Jitnupong is a Thai farmer growing RD79. For more than a decade, Sanit harvested harder varieties on his four-acre paddy. In June, he switched to Chuanchom’s strain.

“I heard there’s a need for us to grow more of this rice to be able to compete globally. It’s risky to start something new, but I have nothing to lose,” says Sanit, whose field is in Kamphaeng Phet Province, one of Thailand’s main rice-producing regions. So far, he says, things look good ahead of the fall harvest. He estimates he’ll produce around 10 tons, compared to the five-ton average he has normally collected.

After about four months of growing, farmers start harvesting. They then sell their paddies to millers who remove the husk and turn the grains into commercially viable rice to sell to retailers and exporters. Kriangsak Tapananon, president of the Thai Rice Mills Association, says that although not a lot of farmers grow soft rice yet, it won’t take long to persuade them.

“The domestic market has already accepted this rice, and soon more growers will switch, because there’s an export market for it,” he says. There are currently less than a dozen soft varieties, including RD79, being grown in small pockets of Thai farmlands.

Apart from being a high-yield soft variety, RD79 has been designed to be resist disease and tolerate drought better than Thailand’s traditional grains. Many rice varieties need to be submerged underwater as they grow, a process that produces methane that contributes to global warming. This rice has been designed to grow without being submerged all the time, reducing the adverse environmental effects. To create RD79, Chuanchom crossbred two parent strains with distinct characteristics she wanted for the new variety: soft when cooked and high-yield when grown. After producing the first generation of her new rice, she replanted the new strain eight times.

The long-grain RD79 is similar to jasmine rice, though it lacks the fragrant scent. When cooked, the rice keeps its distinct shape but with a more supple texture.

“My customers seek softness and fluffiness, so I had to change supplier,” says Kulapol Samsen, chef and owner at Yoong Chang, a Chinese restaurant in Bangkok, adding that people have gravitated toward softer food over the past few years. Kulapol says he’s gotten complaints that the rice he used to serve was too firm, and he’s even serving more tender meat now.

“If we don’t work harder on developing better strains, we could lose the U.S. market, too,” said Chookiat Ophaswongse, honorary president of the Thai Rice Exporters Association. The harder jasmine rice still dominates the U.S., for now.

Different types of rice work better with various cuisines, notes Andy Ricker, owner of Pok Pok, a renowned Thai restaurant in Portland, Ore., where Ricker serves Thai jasmine rice. “I can’t imagine eating Thai food with any other kinds of rice. For me, it comes down to the smell of the rice, which is especially important to Thai cuisine. If you eat Thai food and you try it with a softer, short grain rice, it just doesn’t make sense to me—the flavor’s wrong, the texture’s wrong,” he says.

“If you’re eating Korean food,” he continues, “I couldn’t imagine eating it with jasmine rice. The flavor, the smell, and the texture is wrong.”

For people who know Thai cuisine, like Ricker, the missing jasmine fragrance is a major flaw in the RD79 strain. Chuanchom plans to fix that. She’s now working on varieties that are fragrant, as well as soft. “When I started working with softer varieties, I never dreamed it would get to this point. I’d be so proud if it could help the country export more,” she says. “This is just the beginning for softer Thai rice.”