The real “Kamala Vilas” is known by its address — ‘Number One Observatory Circle’ — and is located on the grounds of the US Naval Observatory, just a few miles away from the White House in Washington DC. 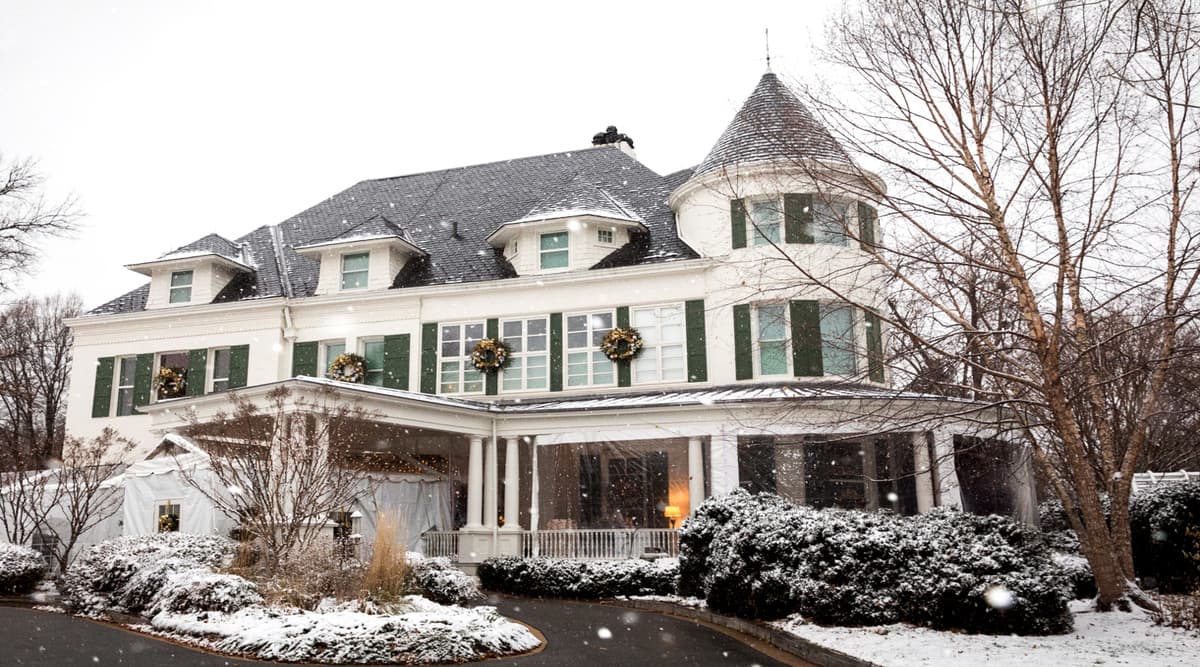 While Joe Biden and his running mate Kamala Harris are on the cusp of winning the US’ election, social media users in India are more concerned about the Democrats’ lodgings once they are elected President and Vice-President of the United States. Desis on Twitter are jokingly saying that the White House should be renamed “Kamala Vilas”, a nod to Harris’ Indian ancestry.

We know Joe Biden and his family will move into the White House, the official residence and workplace of US Presidents for more than two centuries, but where will Kamala Harris live if she becomes Vice President?

The real “Kamala Vilas” is known by its address — ‘Number One Observatory Circle’ — and is located on the grounds of the US Naval Observatory, just a few miles away from the White House in Washington DC.

The palatial 19th century white brick bungalow at the heart of a sprawling 12-acre compound was first built in 1893 for the superintendent of the observatory, and went on to become the residence of the chief of naval operations in 1924. Around 50 years later, it became the official accommodation of the United States’ Vice President, when Walter Mondale and his family moved in for the first time.

Historically, Vice Presidents and their families lived in their own homes but when the cost of securing private residences grew substantially over the years, Congress finally agreed to designate ‘Number One Observatory Circle’ as the house for the VP.

In fact, Democratic presidential nominee Joe Biden lived here from 2008 until 2016 while he was serving as Vice President of the United States under the Barack Obama administration. If she wins the election, Kamala Harris will make history as the first female Vice President of black and Indian origin to live here. She is expected to move into the historic house with her husband, lawyer Douglas Emhoff.

On the ground floor of the compact three-storey brick building are a reception hall, sitting room, sun porch, dining room, living room and a couple of lavatories. The second floor has two bedrooms, a study as well a den. The third floor attic was originally built as quarters for the staff and storage space but now has four separate bedrooms for the Vice President’s children. The kitchen, laundry room and other store rooms are located in the basement. Every Vice President who has lived in the house has added their own special touch. A book released in 2017 called ‘Number One Observatory Circle’ tells the story of the house and how it evolved over the years. George HW Bush allegedly had a horseshoe pit installed during his time at the house, the book reveals.

Dan Quayle went on to add a swimming pool, a pool house and an exercise room. It was for this reason, Joe Biden said in an interview, that Quayle was his “favourite Vice President”. “No one can say a negative thing about Dan Quayle…he built that pool,” he said. His granddaughters frequently made use of the swimming pool, according to a USA Today report.

Biden made a more sentimental contribution. He added a plaque to one of the tall trees on the grounds, that reads, “Joe Loves Jill, Valentine’s Day 2010.” The Biden’s also built a “Family Heritage Garden”, with flagstones to represent past Vice Presidents and their families, as well as their pets.