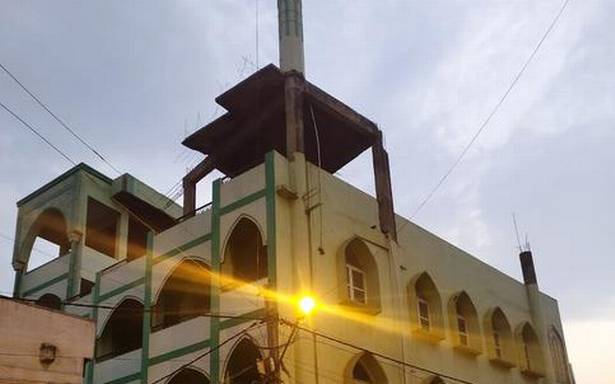 What is the Tablighi Jamaat? Why has the Kingdom of Saudi Arabia banned the Islamic organisation?

The story so far: The Tablighi Jamaat was at the centre of a controversy in India after dozens of people who attended a religious congregation of the group held at its headquarters in Delhi in March 2020 tested positive for COVID-19. The Islamic missionary organisation made headlines again this month as it was banned by the Kingdom of Saudi Arabia. The country’s Ministry of Islamic Affairs stated on December 6, “Minister of Islamic Affairs Abdullatif Al Alsheikh directed the mosques’ preachers and the mosques that held Friday prayer temporary to allocate the next Friday sermon to warn against (the Tablighi and Da’wah group) which is called (Al Ahbab)”. Calling it “one of the gates of terrorism”, the Saudi Government said “affiliation with partisan groups including the Tablighi “is prohibited in the Kingdom of Saudi Arabia”.

What is the Tablighi Jamaat?

The Tablighi Jamaat (Society of Preachers) was founded by Deobandi Islamic scholar Muhammad Ilyas al-Kandhlawi in Mewat, India in 1926. As its name suggests, Al-Kandhlawi’s goal was to establish a group of dedicated preachers as a Muslim revivalist society, who could revive “true” Islam, which he saw was not being practised by many Muslims.

Al-Kandhlawi called upon his fellow Muslims to “enjoin the good and forbid the evil”. This was also a time when Islam and Hinduism had seen several revivalist streams in Asia. India had seen the rise of the Deobandi school in the second half of the 19th century. Scholars like Jamal ad-Din Afghani and Mohammed Abduh called for reformation of faith through their Salafi preachings. Hinduism was seeing revivalist movements such as the Shuddhi Movement in the early 20th century.Also, in Mewat where the Tablighi was founded, the Meos Muslins, a Rajput ethnic group, had followed syncretic traditions. Al-Kandhlawi wanted to end it all through dawa (proselytising). He sent his volunteers to villages to spread “the message of Allah”.

The organisation grew fast in British India with some 25,000 people attending its annual conference in 1941. After Partition, the Tablighi grew even stronger and it now has a presence in 150 countries. The Tablighi’s largest national wing is in Bangladesh.

Inspired by the Deobandi creed, the Tablighis urge fellow Muslims to live like the Prophet did. They are theologically opposed to the syncretic nature of Sufi Islam and insist on members to dress like the Prophet did (trouser or robe should be above the ankle). Men usually shave their upper lip and keep a long beard. The focus of the organisation was not on converting people from other faith into Islam. Rather, the Tablighi is focussed on “purifying” the Muslim faith. The Emir is the leader of the international movement and is always related to the group’s founder Muhammad Ilyas al-Kandhlawi. The current leader of the Tablighi Jamaat, Maulana Saad Kandhalvi, is the great grandson of the founder. The group also has a Shura Council, which is largely an advisory council, and different national units and national headquarters.

What does the Tablighi Jamaat do?

Tablighi Jamaat members have declared they are not political. They have also decried violence in the name of religion. They say the Prophet Mohammed has commanded all Muslims to convey the message of Allah, and Tablighis take this as their duty. Tablighi members divide themselves into small Jamaats (societies) and travel frequently across the world to spread the message of Islam to Muslim houses.The group’s modus operandi is peaceful and it is focussed entirely on the Muslim community worldwide. “There is a culture of secretism in the organisation, which develops suspicion,” Ajit Doval, now India’s National Security Adviser and a former intelligence boss, said in 2013. “The movement was never viewed adversely by the government.” But Tablighi Jamaat has been banned in some central Asian countries such as Uzbekistan, Tajikistan and Kazakhstan, whose governments see Tablighi’s puritanical preachings as extremist. Now Saudi Arabia has joined the list.

Why has the Saudi Government banned them?

The Saudi Government hasn’t said why it banned the Tablighi. According to a report in The Hindu, which has quoted a Gulf-based commentator, the Tablighi, especially its women’s wing, has made some inroads in the kingdom in recent years. While both are puritanical movements, there are theological differences between the Deobandi interpretation of Islam (which is the base of the Tablighi movement) and Salafi-Wahhabism, the state religion of Saudi Arabia. The Deobandis belong to the Hanafi school of Islamic jurisprudence (fiqh) – the same as Sufis – while the Hanbali Islam is the dominant fiqh in Saudi Arabia. While both are opposed to “innovations”, traces of Sufism can be found among Deobandis (Naqshbandi, Qadri, Chisti and Suhrawardy orders), while Salafi-Wahhabis consider Sufis as heretics. More importantly, Wahhabism is the official religion of Saudi Arabia. And it may not like another branch of puritanical Islam gaining currency in the kingdom.