The agreement was celebrated in Azerbaijan, but it angered Armenians, who immediately took to the streets demanding that the pact be invalidated. 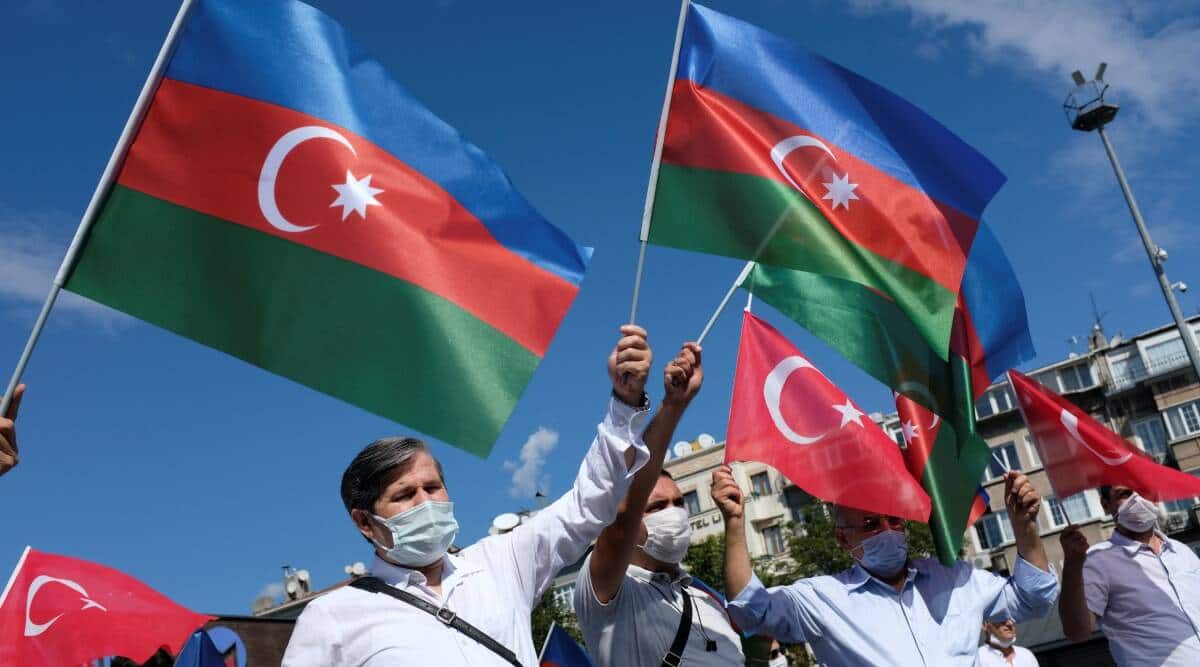 Thousands of people gathered in the capital of Armenia on Wednesday to protest the country’s agreement with Azerbaijan to halt weeks of fighting over Nagorno-Karabakh. The deal calls for the deployment of nearly 2,000 Russian peacekeepers and territorial concessions.

Participants at the rally, which Armenia’s opposition parties promoted, demanded the resignation of the country’s prime minister, who signed the peace agreement along with the presidents of Azerbaijan and Russia. Some of the protesters in Yerevan clashed with police, and scores were detained.

The truce between the two ex-Soviet nations, brokered by Moscow and announced early Tuesday, came after significant advances by Azerbaijani forces that the Armenia-backed leader of Nagorno-Karabakh said made it impossible for his side to carry on.

Also Read | Explained: What is the new peace deal between Armenia and Azerbaijan?

The agreement was celebrated in Azerbaijan, but it angered Armenians, who immediately took to the streets demanding that the pact be invalidated.

Armenia and Azerbaijan have been locked in a conflict over Nagorno-Karabakh for decades. The region lies within Azerbaijan but has been under control of ethnic Armenian forces backed by Armenia since a separatist war there ended in 1994. Heavy fighting erupted in late September – the biggest escalation of the conflict in a quarter-century – and has left hundreds, possibly thousands, dead.

Several cease-fires announced over the past six weeks crumbled almost immediately, but the current agreement appeared to be holding, with neither side reporting any more fighting since it came into force.

It came days after Azerbaijan pressed its offensive deeper into Nagorno-Karabakh and took control of the city of Shushi, which is strategically positioned on heights overlooking the regional capital of Stepanakert.

Nagorno-Karabakh’s separatist leader, Arayik Harutyunyan, acknowledged Tuesday that “had the hostilities continued at the same pace, we would have lost all of Artsakh (an Armenian name for Nagorno-Karabakh) within days.”

Armenian Prime Minister Nikol Pashinian said it was “extremely painful for me personally and for our people,” calling the situation a “catastrophe” and adding that he had no choice but to sign the peace agreement.

The agreement calls for Armenia to turn over control of some areas its holds outside the borders of Nagorno-Karabakh. They include the Lachin region, which the main road leading from Nagorno-Karabakh to Armenia passes through. The agreement calls for the road, the so-called Lachin Corridor, to remain open and to be protected by Russian peacekeepers.

The deal also calls for transport links to be established through Armenia that would connect Azerbaijan and its western exclave of Nakhchivan, which is surrounded by Armenia, Iran and Turkey.

Armenian opposition politicians on Wednesday called the agreement “treacherous” and demanded that Pashinian step down.

“We need to save Armenia and Artsakh from Pashinian,” Ishkhan Saghatelyan, member of the Armenian Revolutionary Federation Dashnaktsutyun political party, said at a rally that drew up to 10,000 people.