Japanese officials are worried about the sort of “small weapons” Trump dismissed — short-range missiles that could strike Japan and are often pointed in its direction. 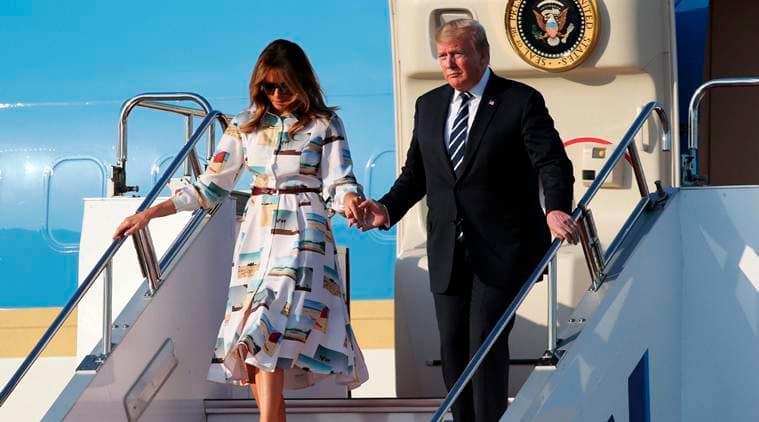 President Donald Trump kicked off the first full day of a state visit to Japan on Sunday by playing down North Korea’s recent tests of short-range ballistic missiles, undercutting declarations by both Prime Minister Shinzo Abe and the president’s own national security adviser that the launches violated UN resolutions.

“North Korea fired off some small weapons, which disturbed some of my people, and others, but not me,” Trump wrote on Twitter from his hotel in Tokyo before a round of golf with Abe in nearby Chiba. “I have confidence that Chairman Kim will keep his promise to me.”

As it has pursued on-again, off-again denuclearization talks with North Korea, the United States has been focused on the North’s attempt to build nuclear-tipped intercontinental ballistic missiles that could reach the United States mainland.

But Japanese officials are worried about the sort of “small weapons” Trump dismissed — short-range missiles that could strike Japan and are often pointed in its direction.

As he opened a four-day visit that will focus on security, diplomacy and trade — and is filled with flourishes designed to please Trump and highlight the close ties between the two leaders — the president appeared to risk ratcheting up Japanese anxiety that any nuclear agreement with North Korea could neglect their concerns.

“I think the prime minister and president are going to talk about making sure the integrity of the Security Council resolutions are maintained,” Bolton said, referring to meetings between Abe and Trump scheduled for Monday.

Bolton also expressed support for the idea of a summit between Abe and the North Korean leader, Kim Jong Un, which the Japanese leader has said he would pursue without preconditions.

Abe proposed such a meeting after Trump had two summits with Kim, the second of which, in February in Vietnam, collapsed in disagreement. But the North Korean leader has expressed no interest in a meeting with Abe.

Trump’s remarks Sunday were not the first time he has appeared to undercut Bolton, who often briefs reporters on the administration’s hard-line stances on geopolitical powder kegs like Iran, North Korea and Venezuela, only to find the president walking back his assertions soon after. The two men in recent weeks have also clashed on the administration’s handling of Iran and policy in the Middle East.

“I’m the one who tempers him,” Trump said this month when reporters asked if he and his national security adviser were aligned on international affairs.

Trump, despite the advice of some of his top aides, has banked on the notion that his personal rapport with Kim, one of the world’s most brutal dictators, can get him a nuclear disarmament deal that has eluded past presidents.

In his tweet Sunday, Trump seemed to take delight in North Korea’s scathing response to a comment last week by former Vice President Joe Biden — the Democratic presidential candidate the president is most concerned about — that branded Kim a “tyrant.”

For his part, Abe has bet on maintaining a close relationship with the American president in order to mitigate the North Korean danger and ward off a threat from the Trump administration to impose stiff auto tariffs.

At least one part of that calculus appeared to be paying off. In a phone interview with John Roberts, a Fox News White House correspondent, Trump said he would wait until after the July election in the upper house of the Japanese Parliament before pushing for a bilateral trade deal with Japan.

“I would say that Japan has had a substantial edge for many, many years, but that’s OK,” Trump said Saturday night during a reception in Tokyo with Japanese business leaders. “Maybe that’s why you like me so much.”