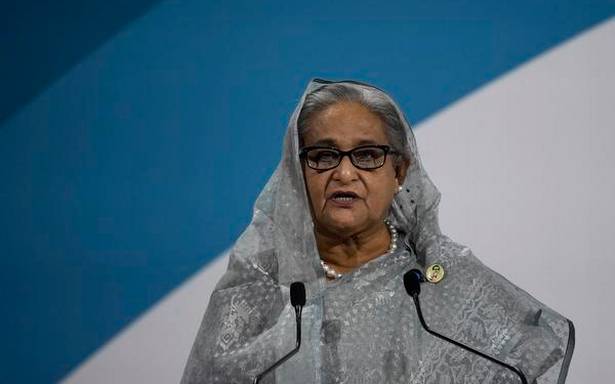 The United Nations General Assembly has adopted a historic resolution to graduate three nations, including Bangladesh and Nepal, from the least developed country (LDC) category to the developing country grouping, a major milestone demonstrating the countries’ significant development progress.

The U.N. General Assembly (UNGA) adopted the resolution at its 76th session. The three countries that got clearance for graduation are Bangladesh, Nepal and the Lao People’s Democratic Republic.

"The U.N. General Assembly has adopted resolution A/76/L.6/Rev.1, Graduation of Bangladesh, the Lao People’s Democratic Republic and Nepal from the least developed country category,” the U.N. said in a statement on Wednesday.

“The three countries will graduate from the LDC category after an exceptionally extended preparatory period of five years (the standard period is of three years) to enable them to prepare for graduation while planning for a post-COVID-19 recovery and implementing policies and strategies to reverse the economic and social damage incurred by the COVID-19 shock,” it said.

"UNGA adopts historic resolution to graduate Bangladesh from the LDC category. What better way to celebrate the 50th anniversary of our independence and the birth centenary of Bangabandhu! Fulfillment of national aspiration and Prime Minister’s vision 2021," Rabab Fatima, Bangladesh’s Permanent Representative to the U.N., tweeted on Wednesday.

Ms. Fathima thanked all the Member States, especially the development partners, for their support to reach a consensus for the adoption of the resolution.

“Prime Minister Sheikh Hasina envisioned to transform Bangladesh into a middle-income country by 2021 and a developed country by 2041. She has led us from the front in this exciting journey despite the unprecedented challenges posed by the COVID-19 pandemic,” she was quoted as saying by the bdnews24.com.

Currently, there are 46 countries on the LDC list, according to the U.N. Committee for Development Policy (CDP). According to the U.N., per capita income of $1,230 is one of the requirements for transitioning into a developing nation.

“This is a historic milestone to the development journey of Bangladesh. This is the reflection of the progress for more than a decade. People of all walks of life are part of this success," A.H.M. Mustafa Kamal, Finance Minister of Bangladesh, was quoted as saying by The Daily Star newspaper on Thursday.

When the U.N. included Bangladesh in the LDC group in 1975, the country’s poverty rate was 83%. The rate of poverty declined over the years and it was 20.5% in 2019-20 before the pandemic devastated jobs and income opportunities for many.

Bangladesh is now scheduled to officially become a developing country in 2026 as the U.N. committee recommended that the country should get five years, instead of three, to prepare for the transition due to the impact of the Covid-19 on its economy.

The country has met, for the second time, all the three eligibility criteria for graduation involving per capita income, human assets index (HAI), and economic and environmental vulnerability index (EVI).

Nepal’s inclusion in the LDC status took place in 1971. LDCs are those that suffer from severe structural impediments to achieve sustainable development.