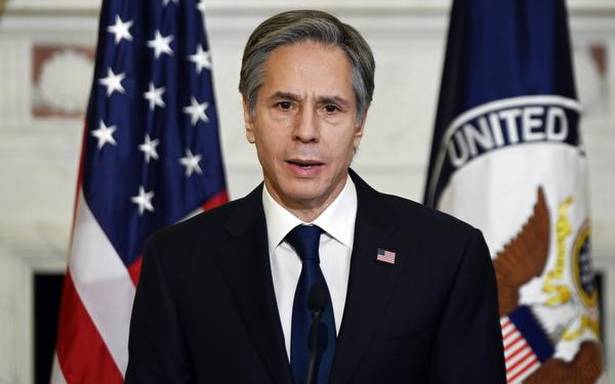 U.S. will continue to speak out forcefully and shine a light on “egregious violations of human rights” by China, Antony Blinken told members of the House Foreign Affairs Committee during a Congressional hearing

Secretary of State Antony Blinken has said the U.S. will speak out forcefully against China committing “genocide” against the Uyghur Muslims in its Xinjiang Province, as several lawmakers expressed concerns about the deteriorating human rights situation in the communist nation, ahead of the first face-to-face meeting of top American and Chinese officials next week since President Joe Biden took office.

Mr. Blinken told members of the House Foreign Affairs Committee during a Congressional hearing that the U.S. will continue to speak out forcefully and shine a light on “egregious violations of human rights” by China.

“We have been clear and I’ve been clear that I see it as genocide, other egregious abuses of human rights, and we’ll continue to make that clear,” he said, responding to a question by Congressman Michael McCaul who asked what additional steps is the Biden administration is prepared to take to stop this “genocide”.

“I think there are a number of things that we can do, should do, and will do. First of all, it’s important to speak up and speak out and to make sure that other countries are doing the same thing. The more China hears not just our opprobrium but a chorus of opprobrium from around the world, the better the chance that we’ll get some changes,” Mr. Blinken said.

“We have a number of steps that we have taken or can take going forward, to include for those directly responsible for acts of genocide, gross human rights violations, sanctions, visa restrictions, etc. I think it would be very important, if China claims that there is nothing going on, that it gives access to the international community, to the United Nations.

“If they have nothing to hide, show it to us, show the world. And so, we’ll be calling for that,” he said. “Then there are a series of practical things that are very important. For example, we should make sure that we are not exporting and others are not exporting to China any products that can be used for the repression of their people and their minorities,” he said.

Similarly, America shouldn’t be importing products that are created by forced labour, including from Xinjiang. “So, those are some of the practical things that we can and should do, but for short we’re going to start by speaking out forcefully on this,” Mr. Blinken said.

Congressman Brian Fitzpatrick asked, “What can the administration do to protect the Uyghur community and the Uyghur minority, bring about the end of this ongoing genocide in China and will you be raising these concerns of grave human rights violations when you meet with the Chinese officials in Alaska?” Mr. Blinken responded, “I have spoken already to my Chinese counterpart, raised those concerns directly with him, President Biden has raised those concerns directly with [President] Xi Jinping in his conversation with him. We will certainly be raising them again in Alaska.”

The meeting with the Chinese in Alaska will come just just days after Mr. Blinken and Defence Secretary Lloyd Austin see their Japanese and South Korean counterparts in Tokyo and Seoul to reaffirm U.S. treaty alliances with those nations.

It will also come less than a week after Mr. Biden holds a virtual summit with the top leaders of India, Japan and Australia to discuss Indo-Pacific policy.

U.S.-China relations nose-dived while Donald Trump was President, with his administration taking multiple actions against Beijing for its actions against Uyghur Muslims and other minorities in Xinjiang and in Tibet, its crackdown on pro-democracy protests in Hong Kong, aggressive actions toward Taiwan and staking claims to territory in the South China Sea.