Women have held multiple protests for their rights, almost all of them broken up violently by Taliban fighters. 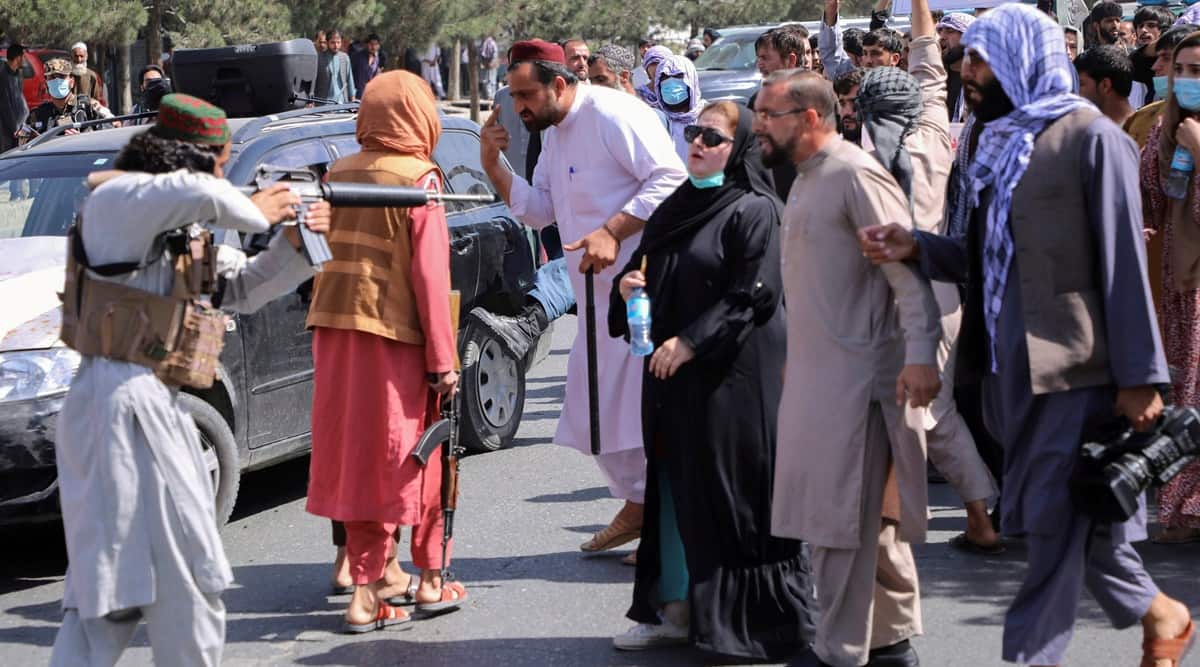 The United Nations on Friday sounded the alarm over Taliban crackdowns on peaceful protests, many of them by women demanding equal rights, and journalists covering such events.

In one case, two Afghan video journalists were beaten with iron rods.

Tagi Daryabi said he and a colleague were covering a protest earlier this week by women demanding their rights from Afghanistan’s new Taliban rulers. Taliban fighters stopped the two journalists, bound their hands and dragged them away to a police station in Kabul’s District Three.

The 22-year-old photographer told The Associated Press that the first thing he heard in the station were screams from a nearby room. Several fighters then began beating him and his colleague, 28-year-old Neamatullah Naqdi.

At one point, Daryabi said he was beaten non-stop for 10 minutes. “I couldn’t think. I didn’t know if I would be killed or if I would live,” he said, his face and body still bearing the scars.

“We call on the Taliban to immediately cease the use of force toward, and the arbitrary detention of, those exercising their right to peaceful assembly and the journalists covering the protests,” the office of the UN High Commissioner for Human Rights said in a statement Friday.

It said reports point to an increasing use of force by the Taliban “against those involved in or reporting on the demonstrations.”

Uncowed, Daryabi said he would return to the street to cover another protest.

“It’s very dangerous for me to stand up to them. The Taliban say the media is free, but how can they say that when they are beating me and my colleagues?” he said. “We cannot just stop our work.”

In the chaotic days following the Taliban’s takeover of Kabul on August 15, thousands of people, including women and young journalists, rushed to the Kabul airport desperate to escape the militants’ rule.

In the weeks since, women have held multiple protests for their rights, almost all of them broken up violently by Taliban fighters. Two men were killed last week when Taliban opened fire on a women’s rights protest in the western city of Herat. Journalists have been harassed at the rallies, including another cameramen who was beaten.

Despite the abuse at the hands of the Taliban, Duryabi said he wasn’t ready to give up on his homeland.

“I will see if the Taliban continues like this, but if they change and bring a face that protects the media, I will live here. My life is in Afghanistan. But I don’t know, because today I can’t guarantee anything,” he said.

Daryabi’s newspaper and other media houses say it’s not clear whether the heavy handedness of some local police commanders is sanctioned by the Taliban’s media wing. That office has shown a more engaging side, welcoming foreign journalists, and allowing some women presenters to remain on the air at the country’s most popular TV station, TOLO TV. 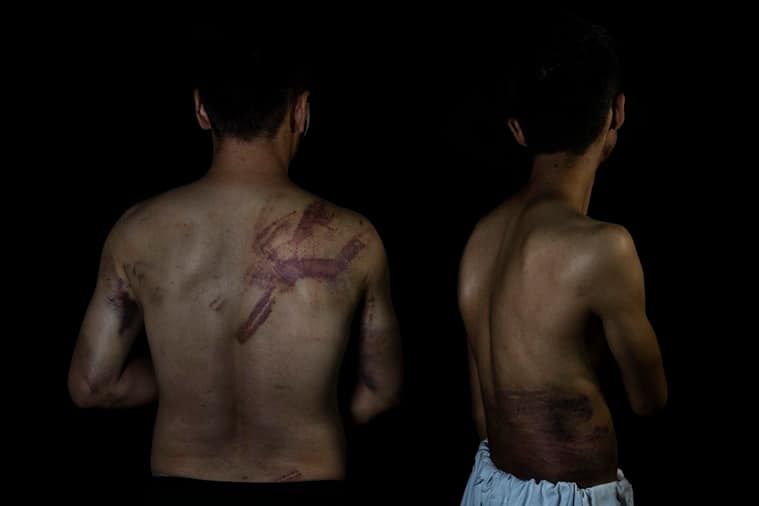 “My own feeling is that there seems to be a disconnect between the leadership and…the rank-and-file type commanders, who are doing this on the ground,” said Saad Mohsini, executive director of Moby Media Group, which owns TOLO TV. “The way they behave reflects perhaps, not the official Taliban media policy, but more the attitude of that particular commander.”

Etilaat Roz chief editor Khaadim Karimi, who went to the police station to rescue his reporters, said one Taliban fighter tried to stop the beating of the two journalists by his comrades.

“I saw his humanness. He tried to help,” Karimi said. Daryabi and Naaqdi were freed after about four hours.

Mohsini said the media needs guarantees and protection. He called for a commission including both the Taliban information ministry officials and representatives of the media to hear complaints from both sides.

Mohsini, whose TOLO TV employs hundreds, says he has stayed engaged with the Taliban leadership as it navigates its way forward.

Governments around the world are deeply skeptical. In their eyes, the new interim all-Taliban Cabinet defied the movement’s promises to be inclusive. Instead, the militants appear to have embraced the leadership of the 1990s, when their harsh interpretation of Islam denied women rights and severely restricted the media.

One difference now is that those leaders have a global exposure they didn’t have during their earlier time in power.

Mullah Abdul Ghani Baradar, for example, rarely left the movement’s former heartland, Kandahar in the south, when they last ruled. In recent years, he was the Taliban chief negotiator, stood on the same stage as world leaders, worked out a deal with the U.S. heavily weighted in the Taliban’s favor and now is the deputy premier.

It was Baradar who helped ensure the departure from Kabul on Thursday and Friday of American citizens and Afghan green card holders on the first commercial flights.

Still, hundreds of Afghans in the northern city of Mazar-e-Sharif are waiting to leave the country. But the Taliban have refused to allow their aircraft to depart, demanding their documents. The Taliban say only Afghans with proper travel documents will be allowed to leave.

The Afghans stranded in Mazar-e-Sharif, many of whom have worked for the U.S. and German military, fear they will be forgotten.